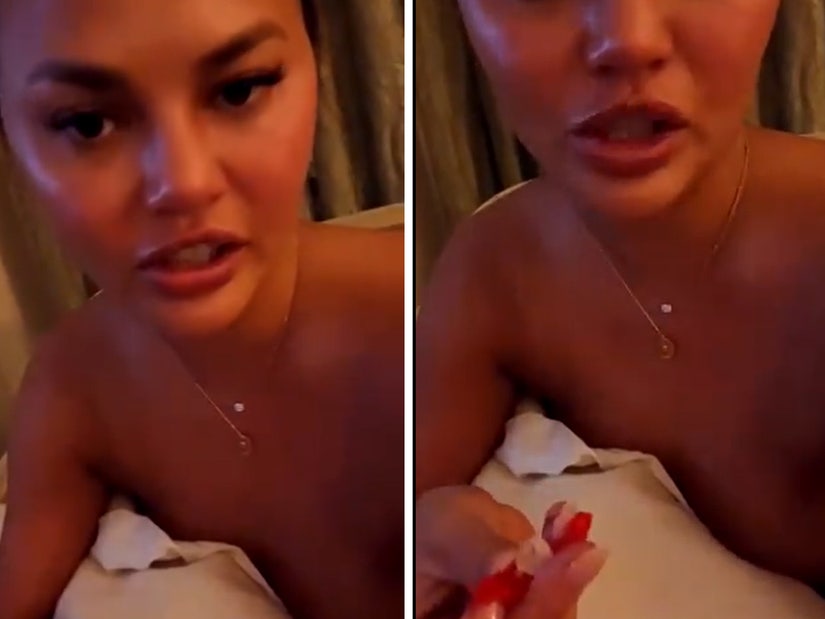 The supermodel shared a clip of the dental damage.

After a long day of "reporting live" during the Inauguration, Chrissy Teigen ended it with quite a mishap: losing a tooth.

Taking to her Twitter account on Wednesday night, the supermodel and cookbook author let her fans know she snapped off one of her chompers while indulging in a sticky treat.

"I just lost my tooth in a Fruit Roll-Up," she said in the quick clip captioned "Welp," while holding up the evidence.

And in another display of her trademark wit, she replied to a fan commenting, "Real tooth or a cap or veneer? If it's the real one I'd be worried."

"Cap :( but i loved him like he was a real tooth," the TV host confessed.

Chrissy appeared to take the dental damage in stride, as she was surely comforted by the fact that, hours earlier, she became the only celebrity to be followed by the new POTUS account.

Cap :( but i loved him like he was a real tooth https://t.co/rN1tgzPKbZ

"OH MY GOD !!!!!!!!!!" she tweeted, before adding, "my heart oh my god lmao I can finally see the president’s tweets and they probably won't be unhinged."

It appeared her wish had been granted, after the "Cravings" author -- who shares 4-year-old daughter Luna and 2-year-old son Miles with John Legend -- tweeted during the Inauguration, "Hello @joebiden. I have been blocked by the president for four years can I get a follow plz."