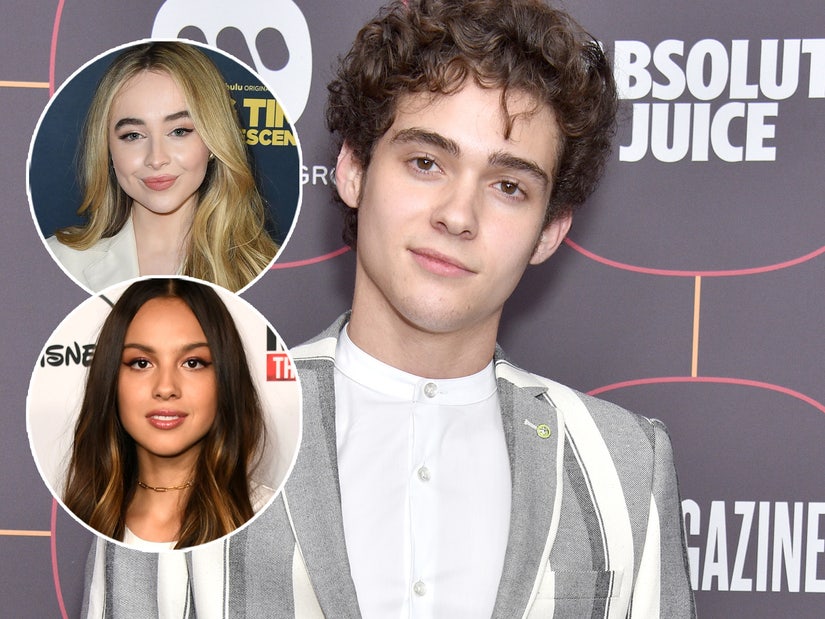 "This ain't a charade, I'm not playing your game. You can say what you like, doesn't mean that you're right"

Joshua Bassett has dropped another song amid the firestorm of speculation over Olivia Rodrigo and Sabrina Carpenter.

On Thursday, the "High School Musical: The Musical: The Series" star released his new single, "Only a Matter of Time," as well as an accompanying video. In the track, which Bassett said he wrote last summer, the 20-year-old sings about karma coming for someone who lied about him. 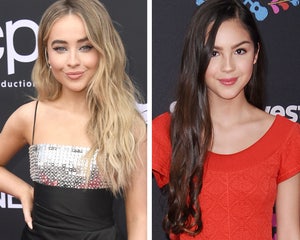 "Time to tell the world that you've been lying on my name. Doing what you wanna think. You're gonna get away while I leave it up to fate for now," he sings in the first verse.

"It's only a matter of time / An eye for an eye / You'll go blind / And when did you stop being kind? / You twisted your words like a knife," Bassett adds in the song's chorus. "I'm sure that you’re hurting inside / Why would you make your pain mine? / Making me pay me for your crimes."

In the song's bridge, he sings, "This ain't a charade, I'm not playing your game. You can say what you like, doesn't mean that you're right."

While discussing his new song in a press release, Bassett said, "I wrote this song in the summer of 2020 in a moment in time where social media was bringing a lot of darkness to my life."

"It was healing to put my phone down, turn off the noise and just write," he added. "There's good that comes from social media, but it’s also become a place where people can say anything about anyone, no matter how false or damaging with no accountability. We've gotta be much kinder to each other and recognize there are real people behind the screens!”

Although Bassett said he wrote the song "half a year ago" -- and also noted that the "release has been scheduled for months" -- the timing of the drop comes as fans speculate that there is ongoing drama surrounding Bassett, Rodrigo -- his rumored ex and "HSMTMTS" co-star -- as well as Carpenter, who Bassett is reportedly dating.

It all began earlier this month when Rodrigo, 17, dropped her debut single, "Driver's License." In the song, which has been shattering records, the Disney star referred to a "blonde girl" who is "much older" than she is while singing about heartbreak. Fans have speculated that Rodrigo's song is about Carpenter as she's been romantically linked to Bassett.

"And you're probably with that blonde girl/ Who always made me doubt," Rodrigo sings in the track. "She's so much older than me/ She's everything I'm insecure about." 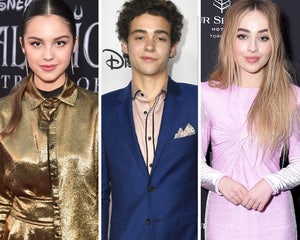 In the track -- which he said he wrote after he found out a friend "had been lying" about him behind his back -- he sings, "I know what you say about me / I hope that it makes you happy / You can't seem to get me off your mind (Get me off your mind) / Oh, I know you're lying through your teeth / You told them the lies that you told me / I've had enough of it this time (Had enough this time)."

Meanwhile, last Friday, Carpenter dropped her latest single, titled, "Skin." And, according to many online, the song appeared to be a response to Rodrigo's "Driver's License."

"Maybe we could've been friends/ If I met you in another life," Carpenter says in the first two lines of "Skin."

"Maybe then we could pretend/ There's no gravity in the words we write," she continues. "Maybe you didn't mean it/ Maybe blonde was the only rhyme."

However, Carpenter later denied that the song is a "diss track," adding that she wasn't "calling out a single person."

Neither Bassett, Carpenter or Rodrigo mentioned anyone by name in their songs.