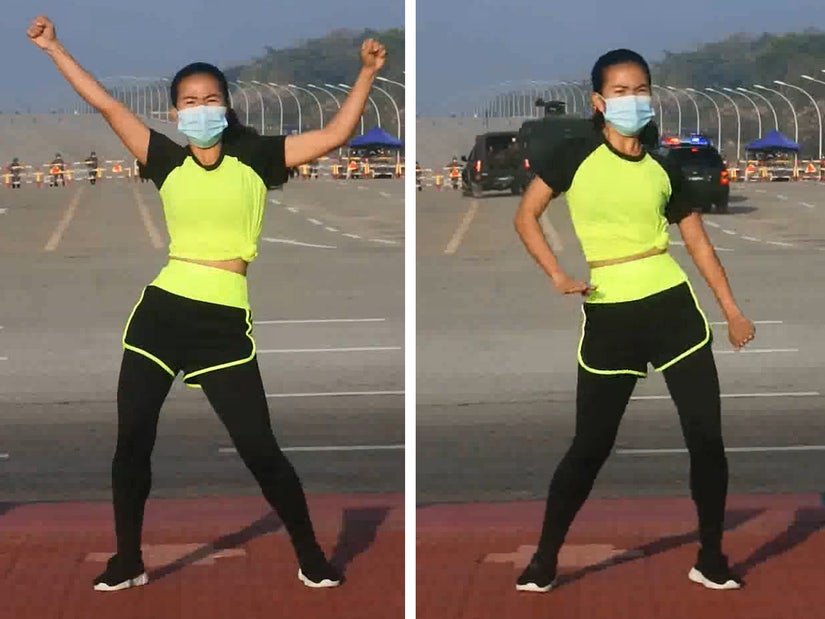 The coup was triggered by "voter fraud in the November election" — now, where have we heard that before?

Myanmar's government being overthrown in a military coup was the second most important thing in this aerobics instructor's Monday.

This mesmerizing video of Khing Hnin Wai appearing to perform her routine as the country's democratically elected leaders were being ousted behind her went viral, and deservedly so.

Wai, who describes herself as a PE Teacher at Ministry of Education, had a camera set up outside parliament buildings in the capital of Naypyidaw.

Across the entire width of the gaping boulevard, armed forces had set up barricades, providing the oddest of backgrounds for Wai's neon-yellow clad performance.

Bouncing around to the irresistibly catchy Ampun Bang Jago by Tian Storm & Ever Slkr, she didn't even miss a beat as an entire fleet of black military vehicles flooded the scene. If the timing of the video is as many online believe it to be then the military had just removed and detained a number of senior politicians — including Nobel laureate Aung San Suu Kyi.

Having patiently waited through five decades of military rule and 15 years of house arrest, Suu Kyi's party finally won the vast majority of the parliamentary seats up for grabs, securing 396 out of 476 spots in the upper and lower houses of Parliament in November.

But on Monday the heavily defeated military party announced on its own Myawaddy TV that Commander-in-Chief Senior Gen. Min Aung Hlaing would be taking control of the country for one year, cutting off all other TV stations, as well as phone and internet access as it did so.

The reason? The government had failed to act on the military's claims of voter fraud in the November election (even though it hasn't presented any evidence of this); plus they claimed the government shouldn't have even held an election during the coronavirus pandemic.

During its very long time in power, military heads had drafted into the constitution a law that would allow it to take control in future "national emergencies"... which this falls into, from their point of view.

U.S. President Joe Biden called the move "a direct assault on the country's transition to democracy and the rule of law," adding he would not hesitate to reimpose sanctions.

"The United States will stand up for democracy wherever it is under attack," he said in a statement.

Meanwhile, having apparently taken some flack for dancing while the country fell apart, Wai insisted she didn't do it as a joke, and didn't do it to become a celebrity — she did it because she's been doing it for the past 11 months as part of a fitness dance competition; indeed she posted several videos of her dancing in the exact same spot... just minus the coup. 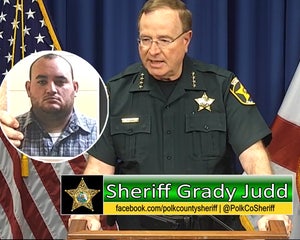