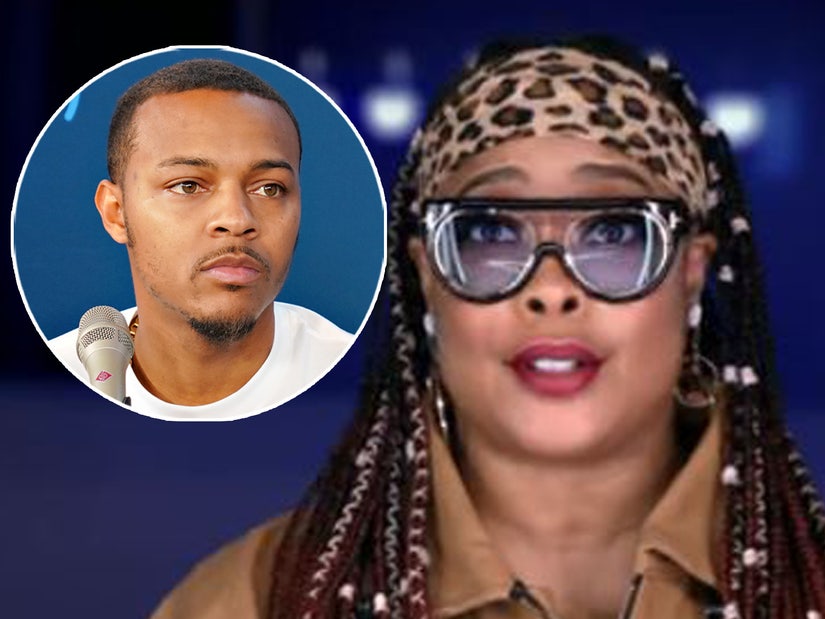 "The songs -- they all about different women he's been with," Da Brat said of the album.

Tension is in the air once again on "Growing Up Hip Hop: Atlanta" with Da Brat slamming Bow Wow's latest album, claiming the "streets" could call it "snitchy."

In an exclusive TooFab sneak peek of Thursday's episode, the rapper brings her concern to Jermaine Dupri, as she explains how Bow Wow's offering is a tell-all black book of his past romances. 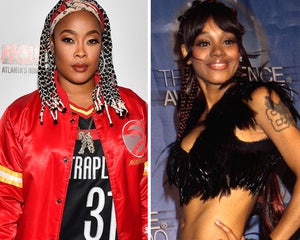 "You talk to Bow Wow lately?" she asks Jermaine in his recording studio. "He did an album. This supposed to be like a confessions album, the songs they all about different women he's been with."

"Oh you like that idea?!" Da Brat exclaims. "He given details though. And he saying names."

"It might be something he gotta get out though," Jermaine says. "You know what I mean?"

In a confessional, Jermaine explains that Bow Wow probably hasn't shown him the new studio effort because he thinks Jermaine won't "agree with it."

Back in the studio, Jermain argues that the scandalous album and its marketing -- which Da Brat's girlfriend Jesseca calls "disruptive marketing" -- might be what Bow Wow had planned all along.

"But to the hood and to the streets, it's going to look snitchy," Da Brat fires back.

She then discusses how tight she is with Bow Wow in a confessional, calling him her "brother." 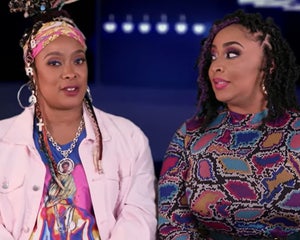 Growing Up Hip Hop: Da Brat Says She was 'Scared' for Girlfriend to See Her 'Imperfections' (Exclusive)

"And I'm going to always protect them and look out for him 'cause we family like that."

But this time, Da Brat might have to step away.

"I ain't giving him no more advice," she claims. "My advice is priceless and he don't deserve it. 'Cause you don't appreciate it. 'Cause he don't listen."

Find out how Bow Wow reacts in the new episode of "Growing Up Hip Hop: Atlanta" on Thursday at 9/8C on WE tv!