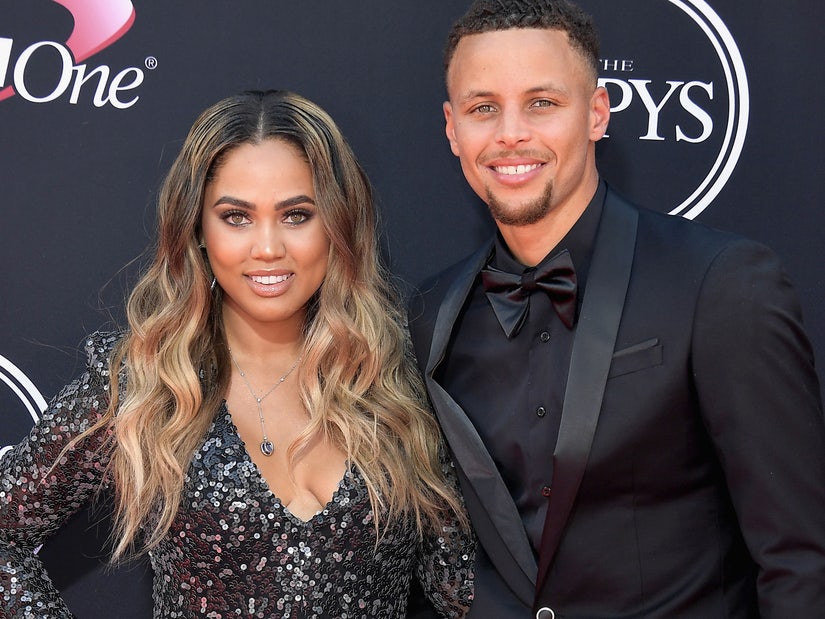 These celebrity couples were a match made in high school!

Way before their fame and fortune, these stars knew they had found "the one" when they were still walking down the halls on the way to algebra class.

While young love doesn't always stand the test of time, these stars definitely got their fairytale ending with their high school sweethearts. From Steph Curry to Thomas Rhett, they all have endearing stories of longtime love with their significant others which have gotten them through the ups and downs of life in the spotlight.

Patrick Mahomes started dating his longtime love Brittany Matthews when they were classmates in Whitehouse High School in Texas. The duo stuck together even when they attended separate colleges and Brittany moved to Iceland to pursue her professional soccer career. They celebrated their eighth anniversary in 2020 and announced their engagement later that year -- as well as the news that they're expecting their first child!

"It's always us, it's always you and me. The words you looked into my eyes and said to me at this moment, will NEVER leave my mind! You made this day perfect, you took my entire breath away and I could not have imagined anything better. I love you, forever and always! Cheers to spending our lifetime together and an inseparable bond," Brittany wrote on her Instagram after the proposal. 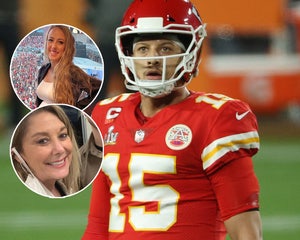 "Dancing With The Stars" pro Witney Carson met her husband Carson McAllister back when they were seniors in high school. The duo got engaged in 2015 and three months later, tied the knot. The couple welcomed their first child, Kevin, in January of this year.

"She was my dream girl since 7th grade. But she didn't know I existed until senior year. We became really close friends and kinda started dating. From the second I got to know her, I could tell she was the most loving and understanding girl I'd ever met," Carson told People.

Heather Morris and her husband Taylor Hubbell knew of each other in high school but didn't make things official until later on!

"My boyfriend and I knew of each other in high school, but we didn't know each other. He was a year younger than I was, so after I moved, he messaged me on MySpace, asking, 'When you come back, do you want to hang out?' and I was like, 'You're so cute, I'd love to!'" Heather told Seventeen in 2011.

The couple tied the knot in May of 2015 and now are parents to sons Elijah and Owen.

Kendrick Lamar met his fiancée Whitney Alford when they both attended Centennial High School. While the couple keeps their relationship very private, Kendrick has shared sweet sentiments about Whitney, calling her his "best friend" who he "can tell [his] fears to." In 2019, the duo welcomed their first child.

"I'm loyal to the soil… At the end of the day, you want to always have real people around you, period. Everybody that’s been around me, they been around me since day one, and I can't change that. I always show respect when respect has been given. People that been by your side, you're supposed to honor that," Kendrick said when he confirmed their engagement to Power 105.1's "The Breakfast Club." 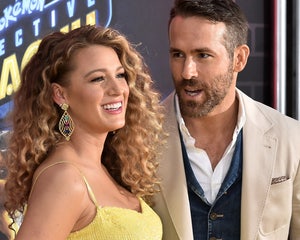 12 Stars Who Dished Relationship Advice You Need To Hear

Jon Bon Jovi and his wife Dorothea Hurley reportedly met while attending the same high school in their New Jersey hometown. Then in 1989, the couple headed to Las Vegas to elope, tying the knot in front of an Elvis impersonator. When asked about the secret to their longterm marriage, Jon says the fact that they met each other when they were younger has definitely helped their relationship.

"Having grown up together and grown together. And we really like each other. We want to hang out," Jon told People.

LeBron James and his wife Savannah first met at a basketball game while he was attending St. Vincent–St. Mary High School in his hometown of Akron, Ohio. While LeBron was on the team, Savannah was reportedly a cheerleader for the opposing team. The duo began dating and after LeBron was drafted into the NBA, they welcomed their first child, LeBron Jr. The couple later welcomed their son Bryce and got engaged in 2011.

"I was like this is the lady and the woman I have been with through all the good and all the bad. She's been there for a long time and I wanted her to continue to be there with me, so I felt like at that moment it was time," LeBron said of the proposal.

The couple tied the knot in 2013 and then welcomed their daughter Zhuri the following year.

Snoop Dogg met his future wife Shante Broadus when they attended Polytechnic High School. They even went to prom together! The couple tied the knot in 1997 and share four children -- Cori, Corde, Julian and Cordell.

Bono and his wife Ali both were students at Mount Temple Comprehensive School in Ireland and have now known each other for decades. They tied the knot when they were in their early 20s and recently celebrated their 38th wedding anniversary. While the duo have been fiercely private about their family’s personal lives, Bono has nothing but wonderful things to say about Ali.

"It's just been a great ride, a magic carpet ride," Bono told ET. 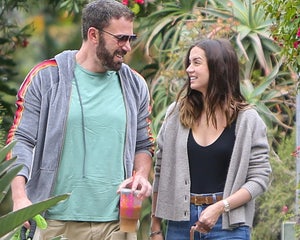 All The Celeb Couples Who Have Already Split in 2021

Steph Curry was just a teenager when he met his future wife Ayesha at a church youth group back in 2002. While they never officially dated while in school, they reconnected when Steph visited LA, where Ayesha was living at the time. Then eight years after first meeting, Steph proposed to Ayesha. They tied the knot in 2011 and have since welcomed three children.

"I always had my eye on her, but I got a little shaken, for sure," Steph said of meeting Ayseha as a teen.

Thomas Rhett and his wife Lauren Akins actually met when they were in grade school! They were friends for years before they began dating as teens. While they briefly split, they knew they were meant to be and came back together. After just six months of dating, they got married at age 22.

"Everybody was telling us not to... but we just fell in love at a young age," Thomas told People.

Since then, the couple have welcomed three children into their family -- daughters Willa, Lennon, and Ada.

Director Ron Howard met his wife Cheryl Alley when he was just a teenager. The longtime couple knew they wanted to be together and walked down the aisle by the time they were 21. Things clearly worked out because they're still married over 40 years later!

When LL Cool J was 19, he says he was introduced to his friend's cousin -- and future wife -- Simone, who was 17 at the time. The couple dated for eight years before getting married in 1995. The couple went on to welcome four children and have now been married for over 20 years.

Ja Rule and his wife Aisha have been together since grade school after he met her when he was "getting off the school bus, and she was the new girl in school." They stuck together and got married in 2001 and have since welcomed three children.