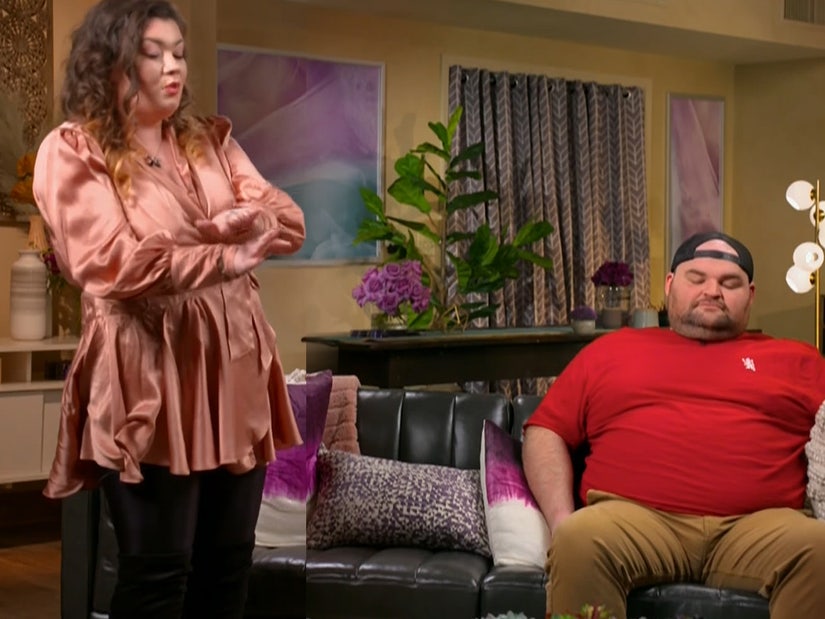 After Dr. Drew accused her of starting a "s--- storm," Portwood pushed back, before eventually just walking out.

The "Teen Mom OG" reunion got off to a rocky start on Tuesday night, after a sitdown between exes Amber Portwood and Gary Shirley went off the rails.

The reunion interviews were still done virtually this year, with Nessa and Dr. Drew Pinksy appearing together in a studio while the show's stars appeared remotely. Portwood was the first "Teen Mom" to speak, first appearing solo before Shirley joined her on the couch.

"I've been trying to get a hold of her for quite some time," Amber told the hosts when they asked how her relationship was like with her daughter Leah. Viewers have seen the strain between them only widen over the years, with things between them appearing extremely complicated in the most recent season.

When asked if she was okay, Portwood said she was, but wished "people could see me for truly the person that I am and understand that it's hard to grow up and people an addict and it's very hard ... I want people to just have some compassion."

She was then joined by Gary, who first talked about inviting Amber to live on their property as a way to help her out. Portwood, however, felt her ex and his wife "definitely could help a bit more."

"If it was the other way around, to be honest, I would be doing so much more," she said. "I would have Leah in therapy with me, we've talked about that before but he just wasn't about the whole therapy thing."

When asked what the issue was, Gary said he does believe "any therapy is helpful," but believed Leah has "a lot of feelings towards her mom" he doesn't know how to navigate. "It's hard to do that when somebody gets online and says stuff or Leah sees all her Instagram videos," he added. "Either Leah's seeing it or her friends and it embarrasses Leah."

Dr. Drew thought Amber was actually in the right on this one, saying he believed joint therapy would help the mother-daughter duo.

"She might be correct about it, but she's the same thing for 10 years, she's still having her own problems and can't get through herself," Gary shot back, as Dr. Drew started telling him, "That's not fair! That's a separate issue, let's not deflect."

Amber, meanwhile, had her mouth open in shock.

"Wow, you know what I want to say, I just want to say to everybody who's going through mental health and the mental health community, please keep your head up and don't let people like this put your head down," she said to the camera. "Stay positive and love yourself. You don't want to listen to negativity, that's not what you want to hear."

The conversation continued -- and continued to devolve -- after the break. As the two kept discussing their issues, Shirley brought up an Instagram Live Amber did in which she slammed Gary and Kristina, called them "two faced," made it seem like Gary made a pass at her and claimed they weren't good parents for her daughter.

"Me personally and Kristina would go out of our way to help her. She decided to, as of recent, tried to tell me and Kristina that we're all two faced on whatever social media platform she decided to use," Gary said, before giving his side of the story when it comes to the alleged pass he made.

"One day I went over there, put my arm around her to comfort her, to make sure she felt like she was not alone and we say for probably 15 minutes. Nothing inappropriate, then she wants to go off online, says Kristina, he put his arm around me, blah blah blah and she turned it into this nasty perverted thing, which it wasn't," he said. "Right now, we're not having this great coparenting relationship because she wants to twist stuff and make it into what it's not."

"He needs to stop. I was put in a compromised position in a sense because I literally felt like he was trying to be generally nice at first and it kind of turned into a bit of a touch here and a touch here and I was like, okay, I'm just starting to feel a bit odd," Amber shot back. "He even said to me, 100%, please don't tell Kristina that I'm doing this."

Gary defended himself by saying he doesn't feel like that toward Amber anymore and added that if he ever was going to step out on his wife, it wouldn't be with Portwood.

"I don't think he was trying to seduce me but I think he was doing a bit much for somebody who had a girl, for sure," added Amber, before Dr. Drew said she created "a bit of a s--- storm" with her comments about the situation on social media.

"I think that's a bulls--- thing to say to me, Dr. Drew, that I'm starting a s--- storm, because you weren't there," she told him. "If you would have watched this, you would have been like, you're not gonna touch my wife like that. The thing that created the s--- storm, I took it down." Turning to Gary, she added, "You need to chill out for one with your laughing and stuff honestly and be a bit more mature. I'm being dead serious." 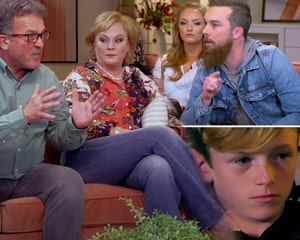 Following a package about Amber's strained relationship with her daughter, Portwood said she appreciated seeing Gary stick up to for her, but didn't feel Kristina did enough on her end of things. "I think sometimes I get pushed to the side," she added.

Dr. Drew tried to interject, saying there were a lot of "touchy, emotional, hot button issues" at hand here. While it seemed like it was trying to steer the conversation away from bashing Kristina, Portwood wasn't having it.

"Listen, I'm gonna stop this right now. We're gonna end this, I'm gonna end this on a positive note. Thank you Gary, so much, for that. I really enjoyed seeing that. That was amazing you hear you sticking up for me," she said. "But your wife is absolutely horrible and I have been so ... thank you guys so much. Gary, I appreciate you."

"We've known each other for how many years? 15 years now. You are a great person, you have always been there for me when I asked you to be there for me. You said I could trust you and I did trust you, but I can't trust your wife," she continued, getting out of her seat and walking out of the room.

"She has sat there and got in the way of me and my daughter over and over and over again, as you have tried to push me toward my daughter," she continued. "I'm going to leave, thank you so much though, honestly, you have a good day. I really hope in the future that we can have a good relationship, but me and Kristina, it's not gonna be like that."

Dr. Drew ended the segment reiterating his belief joint therapy would do them all some good.

The reunion continues next Tuesday on MTV.