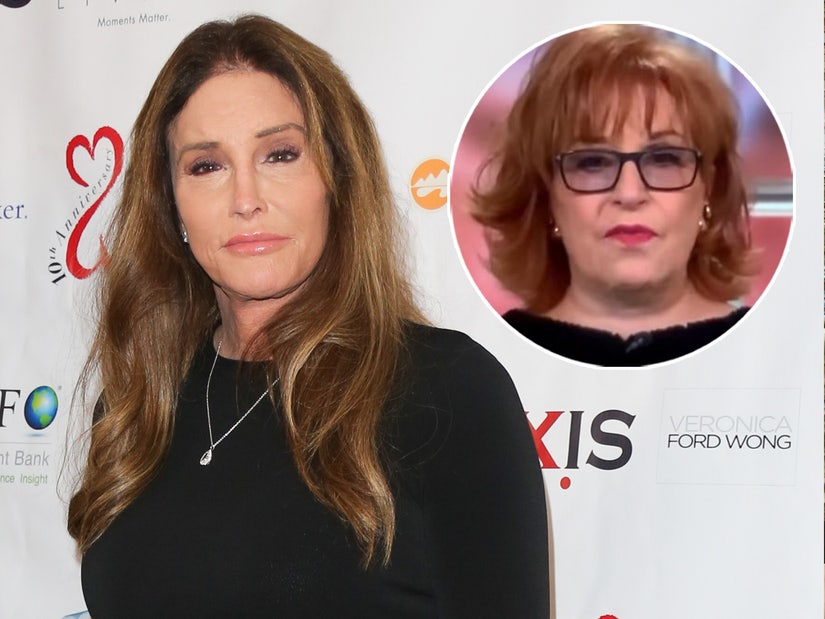 "Don't sweat it, @JoyVBehar," Jenner tweeted late Friday night. "I'm not about cancel culture. I know where your heart is. California has bigger issues than pronouns."

Behar had apologized for using the wrong pronouns during a discussion on the former Olympic athlete's announcement to run for governor of California.

Don’t sweat it, @JoyVBehar. I’m not about cancel culture. I know where your heart is. California has bigger issues than pronouns. https://t.co/epPedRAjW8

During Friday's episode of "The View" -- in which Joy and her co-hosts discussed the news that Caitlyn has announced her bid for California governor -- Joy referred to the reality star by the wrong pronoun several times. 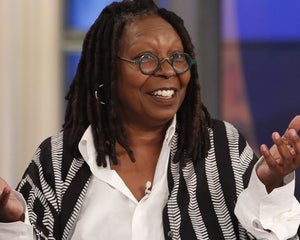 At the end of the segment, Joy again mistakenly called Caitlyn "he," before immediately correcting herself.

"I think that he should -- she, rather -- should take a seat and let somebody with the credentials take over a major state like California," she explained, concluding the discussion.

After the commercial break, Joy apologized for misgendering Caitlyn, citing a lack of sleep as the reason why she used the wrong pronouns.

"So first of all let me apologize for my pronoun mixup," Joy told the camera. "I think I just didn't get enough sleep last night. I had no intention of mixing them up and I tried to correct it immediately, but whatever, it just came out."

"So I'm sorry if anybody was upset by that."

"I think I just didn't get enough sleep last night."

WATCH: The View‘s Joy Behar apologized after repeatedly misgendering Caitlyn Jenner in a segment on her run for Governor of California. pic.twitter.com/aN5CvYBq6j

Meanwhile, aside from Joy frequently misgendering Caitlyn during the segment, the other "View" co-hosts shared their thoughts on the Olympic champion's bid for governor as well as their opinions on celebrities getting into politics in general.

Guest co-host Ana Navarro -- who was filling in for Whoopi Goldberg -- appeared to be rather supportive of Caitlyn's bid, saying she thinks it's "great" to have a transgender Republican running for governor due to the party's stance on LGBTQ+ issues.

"I think breaking the glass ceiling is a good thing," Ana said. "A transgender Republican ... might change some Republican minds."

Ana then brought up the time she said she once had dinner with Caitlyn and Katy Perry. While she noted that she may not "agree" with Caitlyn on everything, she said the "KUWTK" alum was "incredibly passionate about political issues."

"This is a free county. It's California. They do their own thing," Ana said. "If she wants to run, it's her right to run. I suspect we're going to end up with a reality show out of this, but you know go to it girl maybe you can change some minds on discrimination against LGBTQ in the Republican party." 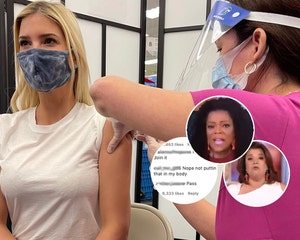 As for Sara Haines, she said she's alright with celebrities running for office, noting that she'd prefer stars rather than politicians like Marjorie Taylor Greene, Ted Cruz and Josh Hawley.

"Just because you have experience or you've grown up in politics doesn't make you right for the job either," Sarah noted. "So yeah, go for it."

On the other hand, Sunny said she thinks "we've had enough" reality stars in politics.

"It didn't really work out so well for the past four years," Sunny said, referring to former President Donald Trump. She added that she finds it "very telling" that Caitlyn originally supported "our disgraced, twice impeached one-term president" until the trans community "was attacked and not supported" by Trump. 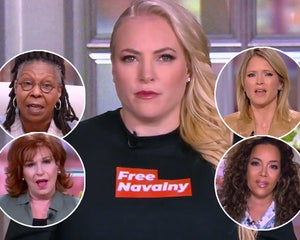 Sunny also brought up that Caitlyn was a "very infrequent voter" and "wasn't really involved in politics," noting that Caitlyn didn't vote in the 2016 presidential election and has only voted nine times in the past 26 statewide elections.

"I think someone who hasn't really participated in our democracy shouldn't be someone that runs one of the largest economies in our country," she explained. "I think she's woefully unprepared to run for governor and to run anything."

Meghan McCain said Caitlyn will have to decide if she's a "Trump Republican" or a more "mainstream moderate Republican," pointing out that California Republicans aren't all Trump supporters. Ultimately, Meghan said she "doesn't take this that seriously."

"I don't think she's going to win. I'm not saying that to be rude or negative," she said. "I agree with Sunny. I don't think this is the type of thing that should have on-the-job training. California is a mess."

The Arizona native added, "I think there are serious, serious problems with that state that a deeply serious person that doesn't need on-the-job training is probably better qualified."