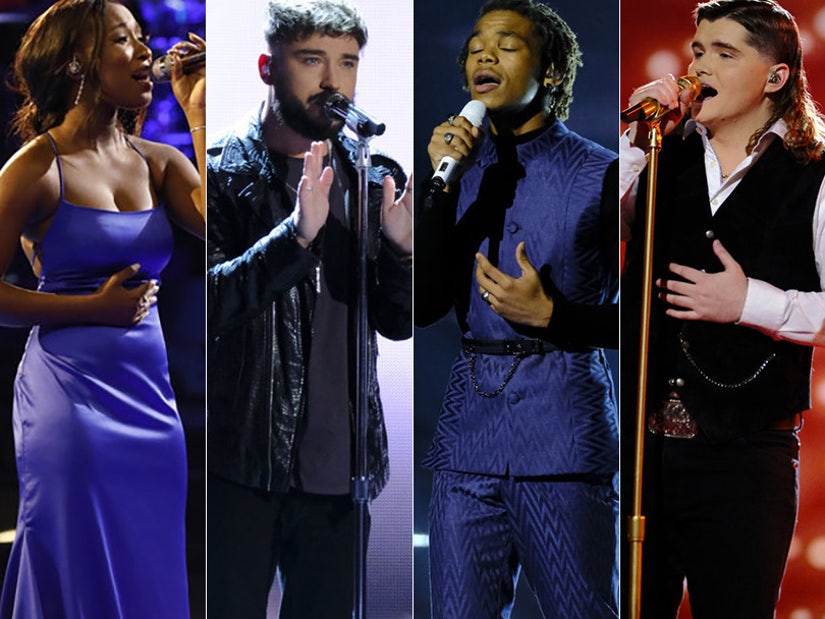 The Top 9 were divided into three trios, with one of them painfully butchering a classic '70s rock track -- which five will survive the week and make next week's big finale?

It feels like the Live Shows just kicked off on “The Voice,” and here we are already at the semifinals. It’s wild how quickly this show goes once we’re toward the end.

Perhaps that’s why it struggles to find real breakout stars. We just don’t get as long to spend with them and watch them grow. Even the new truncated “American Idol” format gives us a few more weeks with them. 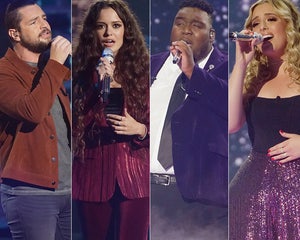 Speaking of “Idol,” with the elimination of Caleb Kennedy following a racially insensitive video scandal, this season’s Kenzie Wheeler now stands alone as the last mullet standing. On top of that, he’s got an incredible, classic country sound to go with it, making him a double-threat "unicorn," as Blake dubbed his hairstyle.

After tonight’s incredible performance, we’d be hard pressed to argue with him. If anyone is ever going to do it on this show, Cam certainly has the chops to do it. But does he have the locks? Kenzie could single-handedly make the mullet a thing again while taking country music by storm. Then Blake would have to grow his back again.

This week saw the contestants performing twice each, with a solo round where they got to show off the kind of artist they want to be and a trio round that may have spelled absolute disaster for three contestants because it was a hot mess, minus the hot!

By the end of the night on Tuesday, only five contestants will remain standing from this Top 9. One from each Coach will survive America’s vote, and then the others will fight for another Insta-Save from America. The Coaches are officially unable to save anyone anymore, so what will you do?

And just for fun, I'm going to rank the performances from worst to first to see who my favorites are, and then see who winds up in my Top 9 to see if we’re on the same page. 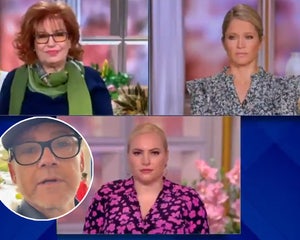 (“Grow Up,” Ian Flanigan) Ian had one of the most exciting voices to hit this stage in a long time, with so much gravel it was almost like his vocal chords were shredded almost to pieces. But it carries so much heart in it, he was just built for these kinds of sentimental songs. We like that this one straddled the line between country and rock (Southern rock, perhaps), creating a very cool vibe that fits Ian just perfectly.

(“Human,” Christina Perri - 16, Romeo, MI) The first third of this song was absolutely heartbreaking, with Rachel showing a vulnerability that felt so authentic, we were ready to follow her on this journey. She lost some of that connection as she went for the bigger notes, but every time she slowed down, we felt that connection. It’s as if the intimacy of those quieter moments made her uncomfortable so she had to step outside of it. We could feel pain in the softer tones, but it wasn’t there when she wailed, and oh how beautifully broken it would have been if she could have sold that emotion throughout.

(“I Can Only Imagine,” MercyMe - 22, Peoria, IL) It’s always a risk to sing a gospel song on a secular show, but Victor was making his mother happy by finally doing it. His voice was as consistently rich as we’ve come to expect, and we definitely felt that he could feel the message of his chosen song. Clearly, this kind of music is home for him. Like “Glory,” he’s strongest when he’s connecting with a message he believes in. He took us to church on this one and made a strong statement for a career shot in Christian music.

(“Rose Colored Glasses,” John Conlee - 35, Austin, TX) Jordan definitely sounded a little uncomfortable on John Conlee’s fuller lyrics, but his tone was just magically soulful in the chorus when he could really breathe through it. It definitely had an old-school country rhythm to it, with a very straightforward melody, but Jordan presented it with a lot of authenticity. It was perhaps his most sincere and heartfelt performance yet this season. 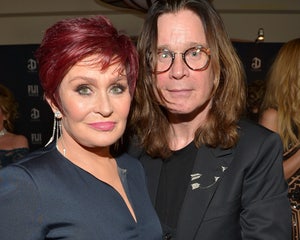 (“Reflection,” Christina Aguilera - 17, Redlands, CA) Kelly has been working with Gihanna to try and get her to show a more broken, vulnerable side of herself, and the opening lines of this song are a perfect place to do that. Unfortunately, we didn’t quite feel that from her as she seemed a bit lost vocally in some of those moments. But when she got to the big notes Christina Aguilera is famous for, she proved those are effortles. She’s got a huge instrument, so her job now is to find real connection to the songs she’s singing and tap into emotion as well..

(“Arcade,” Duncan Laurence - 34, Hartsville, SC) Corey pulled out an aching cry in his voice that he carried through the verses of this track. He was definitely connected to it so strongly it really did feel like it could have been a song he wrote for himself, it suits his artistry so well. Honestly, we’re not sure he needed to push for those bigger notes in the chorus -- though we get why he did -- as he was so much stronger when he just looked into our souls and made us feel his loss with him.

(“Turn Your Lights Down Low,” Bob Marley & The Wailers - 38, Chicago, IL) Pia made a very smart decision to slide back into her reggae roots as it brought her to life in a way we’ve not seen since her Blind Audition. Her rap portion was just stellar, and she owned that stage like the consummate performer she is. We’ve been hard on Pia in recent rounds because it didn’t seem like she was realizing her own potential, but she came (back?) into her own tonight.

(“Leave the Door Open,” Silk Sonic - 41, Houston, TX) How did Dana need a Save to make it here, she’s just so effortless as a vocalist. She has a classic sound, but like Bruno Mars and Anderson .Paak, she can make that sound absolutely current at the same time. We loved the breathy flirtiness of those opening lines and then the fullness of her vocal texture as she soared through the heart of the song. Once again, she performed this like she was a special guest and not a contestant, it just has that ease and confidence about it.

(“He Stopped Loving Her Today,” George Jones - 23, Dover, FL) Oh that breakdown when Kenzie sat down and just spoke a verse was absolute magic. We’ve seen him do new country and he went old-school today, but it was amazingly the moment he was just talking that we felt the emotions. This is the kind of artist he can be, a storyteller who draws you in. It’s a staple of country music dating back even before George Jones, and Kenzie is more than ready to carry that torch. His voice is so rich and authentic, he really is an incredible talent.

(“It’s So Hard to Say Goodbye,” Boyz II Men - 19, Philadelphia, PA) This song is pure emotion and soulfulness and talent. It’s almost impossible to cover without paling in comparison to the original, and yet Cam opened it up a cappella and put Boyz II Men on notice. Every run choice was perfect, with enough variance from the original to share his own connection to it. You could hear that Cam felt this one, and in that way, we felt it with him. It was such a subtle and powerful performance, which is kind of how you could describe Cam. He’s never as flashy as some of the other contestants, but he’s quietly amazing every time he hits the stage.

(“Go Your Own Way,” Fleetwood Mac) At least all three of them were equally rocky with their opening lines. Perhaps it’s because the younger girls weren’t familiar with the song, but they didn’t have the right energy through the song, instead just belting each line like it had no meaning behind it. Everyone sang with a little timidity. All in all, the song proved too big for all of them, and despite solid enough harmonies for the most part, almost nothing else worked well. This was a disservice to all three of them and could definitely impact voting.

(“Fooled Around and Fell in Love,” Elvin Bishop) Cam looked rights at home on this ‘70s sound with a buttery, soulful vocal that felt right at home with the throwback vibe. But then Corey matched him soul for soul and even country boy Kenzie was able to deliver. There’s something about an incredible song that can bring out the best in anyone with the gift of voice, and these three are all great. Their voices melded beautifully throughout, but Cam was definitely more in his element, really embracing the throwback choreography and just everything about the way a song was delivered in 1976. Kenzie may have been the biggest surprise, finding his inner soul cowboy and really owning his part in this.

(“Shining Star,” Earth, Wind & Fire) We loved how they were lifting one another up in the video package before the performance. And we were absolutely here for Victor’s afro wig -- that’s how you channel the ‘70s! Dana was the least comfortable, perhaps, with the slight choreography, but her voice is just so effortless, she was coming like Aretha on this one. But as impressive as they each were individually, it was their harmonies that really took their performance to the next level. It was as if they’d been a singing group for years and years! 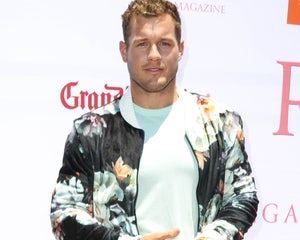 The trio performances really put an interesting potential wrinkle in the voting because one of them was kind of a disaster. At the same time, in our rankings above that, all three of those performers were among our lowest-ranked, so maybe it just confirmed what we already suspected.

As for who we think moves into next week’s Finals, Pia really redeemed herself in our eyes, even stepping above Victor on Team Legend. We’re just not sure his gospel song is going to resonate as much as he might want it to, nor will it rise above Pia’s strongest and most connected performance yet.

For the rest of the teams, we still feel confidently that nothing has changed as far as who should move forward. Kenzie Wheeler and Cam Anthony have to advance for Teams Kelly and Blake, respectively. But then there’s Dana Monique.

She should have been a lock for Team Nick in this round, but it took a save to get her here, with America voting in Rachel Mac instead. Rachel again had a beautifully haunted quality to her vocals, so another upset is certainly possible, but we felt Dana gave us everything this week, too, and she’s just a stronger overall artist.

If it were up to us, America would put Dana ahead to battle it out with Pia, Kenzie and Cam. Then, the Wild Card could get really wild, but at the same time, we’re kind of leaning toward our Wild Card coming into this round, Corey Ward.

If Rachel Mac doesn’t defy the odds -- based on our perception of her performance -- and advance again. Don’t get us wrong, she wasn’t bad tonight. Actually, no one was bad, but hers felt the least polished. Plus, in head-to-head combat of teen girls, Gihanna totally outsang her.

Rachel’s going to make it through, isn’t she? Do you do this to us on purpose? 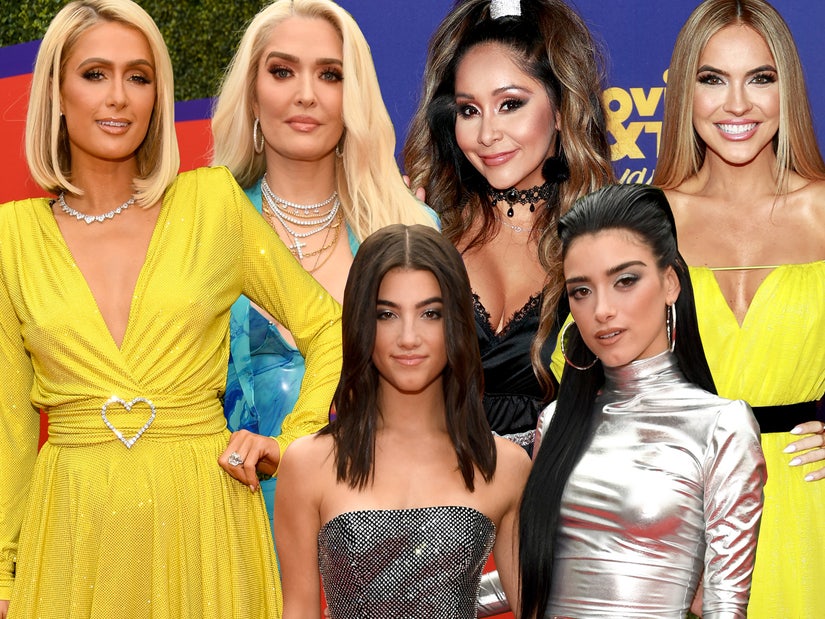