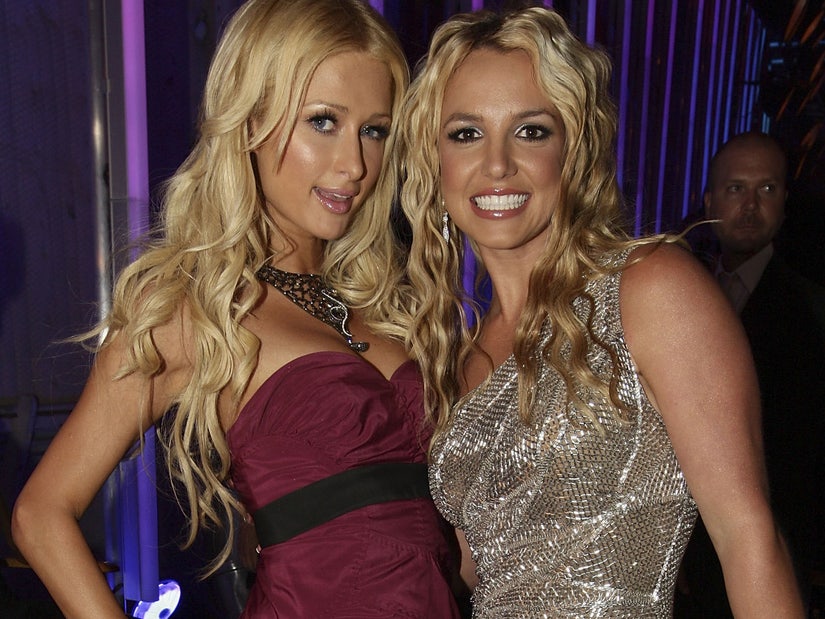 "She didn't mean it that way," says Hilton, adding, "I'm so proud of her for speaking up and using her voice."

While her Twitter likes did the talking initially, Paris Hilton has now spoken out officially about Britney Spears mentioning her during her fiery conservatorship hearing last month.

As part of her passionate statement in court, Spears said she "didn't believe" Paris' claims that she was abused at boarding school, drawing a parallel between that and her fears nobody would believe her while speaking out about her conservatorship.

"A lot of people want to ask me about that, it's all over social media and I know that she didn't mean it that way," Hilton said when addressing Britney's comments on the latest episode of her This Is Paris podcast.

I will always support and love Britney. She is so kind and sweet, and she deserves her freedom. I’ve been saying #FreeBritney for a long time, and I will keep saying it until she is free. ❤️ We all need to use our voices to protect victims of abuse. pic.twitter.com/tpJz1Zy41D

"She meant when she saw it, she couldn't even believe it. What she said was, when people hear that, they go, 'Oh, it's Britney Spears, it's Paris Hilton, they have these perfect lives,'" Hilton added, saying she believed Spears meant, "I didn't even believe Paris, so who is going to believe me."

Sharing that clip of the podcast to her Twitter page, she added, "I will always support and love Britney. She is so kind and sweet, and she deserves her freedom. I've been saying #FreeBritney for a long time, and I will keep saying it until she is free. We all need to use our voices to protect victims of abuse."

In another clip from the recording, Hilton said it was "so hard to hear her whole testimony" -- saying she "knew [Britney] was being controlled but not in ways like that." She added that the situation "broke my heart" and that while she faced abuse as a teenager, she couldn't imagine still going through something like that now.

Britney is so incredibly brave and an inspiration for speaking her truth. I know personally how hard it is to come forward to tell your story, and so I hope Britney knows that she is so loved and supported by the world right now. ❤️👑 #FreeBritneyNOW pic.twitter.com/4DGyY5CH0Z

"She's a legend, she's an icon, she's a mother, she's amazing, and she has these people controlling her money, her life," added Paris.

While giving testimony during her conservatorship hearing in June, Britney, 39, said she didn't initially believe Paris' abuse allegations, admitting that she was concerned people wouldn't believe her own claims either and therefore didn't publicly address them sooner.

"To be honest with you, the Paris Hilton story on what they did to her at that school, I didn't believe any of it," she told the court. "I'm sorry … I'm an outsider and I'll just be honest, I didn't believe it, and maybe I'm wrong and that's why I didn't want to say any of this to anybody to the public because I thought people would make fun of me or laugh at me and say, 'She's lying, she's got everything, she's Britney Spears.' I'm not lying. I just want my life back."

Shortly after her court appearance, Paris performed a DJ set at the grand opening of the new Las Vegas hotel, Resorts World. According to fan videos and tweets, many of which Paris "liked" on Twitter, Paris gave Britney a shoutout during her set, saying, "We love you, Britney. Free Britney" before playing Britney's hit, "Piece of Me."

Last September, Paris spoke out in support of Britney amid the "Baby One More Time" singer's ongoing conservatorship.

"I saw her this summer," she told Andy Cohen on his Sirius XM show, "Andy Cohen Live" at the time. "We've had dinners, I saw her in Malibu. I just love her so much. I feel like if you are an adult you should be able to live your life and not be controlled. I think that maybe stems from me being controlled so much, so I can understand how that would feel and I can't imagine right now if that was still happening to me."

"After just working your whole life and working so hard, she's this icon and I just feel like she has no control of her life whatsoever and I just don’t think that's fair," Paris added.

Iggy Azalea Supports Britney Spears' Claims About Dad Jamie: 'She Is Not Exaggerating or Lying'