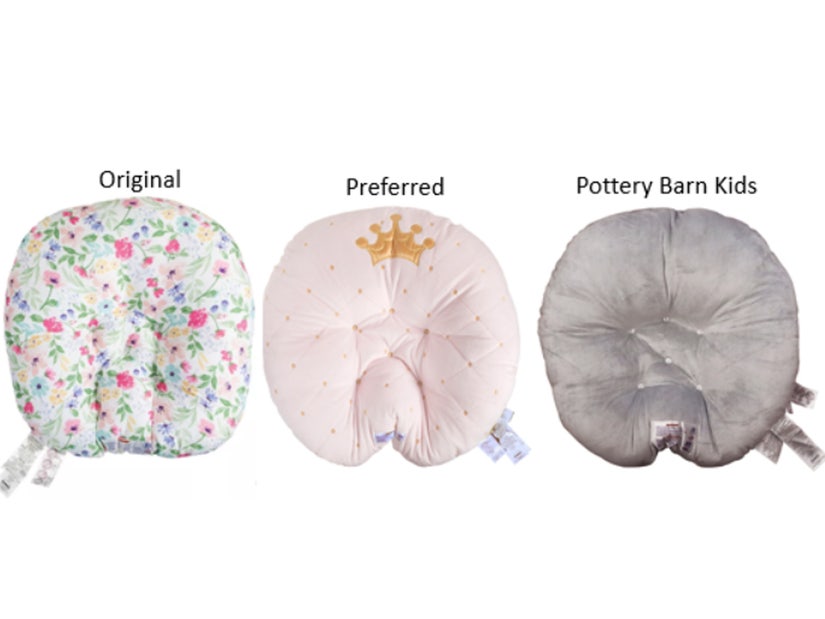 The product was sold nationwide at Pottery Barn Kids, Target, and Walmart, and online at Amazon.

Boppy is recalling more than 3million of its loungers after eight babies died by suffocation.

"The infants reportedly suffocated after being placed on their back, side or stomach on the lounger and were found on their side or on their stomach," the watchdog said.

The infant deaths occurred between December 2015 and June 2020.

"These types of incidents are heartbreaking," said Acting Chairman Robert S. Adler. "Loungers and pillow-like products are not safe for infant sleep, due to the risk of suffocation. Since we know that infants sleep so much of the time – even in products not intended for sleep – and since suffocation can happen so quickly, these Boppy lounger products are simply too risky to remain on the market."

Although the company says the pillows are not specifically designed to sleep on, newborns typically spend between 14 and 19 hours a day asleep.

"We are devastated to hear of these tragedies," a spokesperson for Boppy said. "Boppy is committed to doing everything possible to safeguard babies, including communicating the safe use of our products to parents and caregivers, and educating the public about the importance of following all warnings and instructions and the risks associated with unsafe sleep practices for infants."

"The lounger was not marketed as an infant sleep product and includes warnings against unsupervised use."

Boppy sold about 3.3million of the loungers between January 2004 and September 2021, in stores such as Pottery Barn Kids, Target, and Walmart, and online at Amazon. About 35,000 of them were sold in Canada.

Consumers are advised to immediately stop using the product, and contact The Boppy Company for a refund.

"CPSC continues to emphasize that the best place for a baby to sleep is on a firm, flat surface in a crib, bassinet, or play yard," the watchdog added.

"Parents and caregivers should never add blankets, pillows, padded crib bumpers, or other items to an infant's sleeping environment. Babies should always be placed to sleep on their backs."