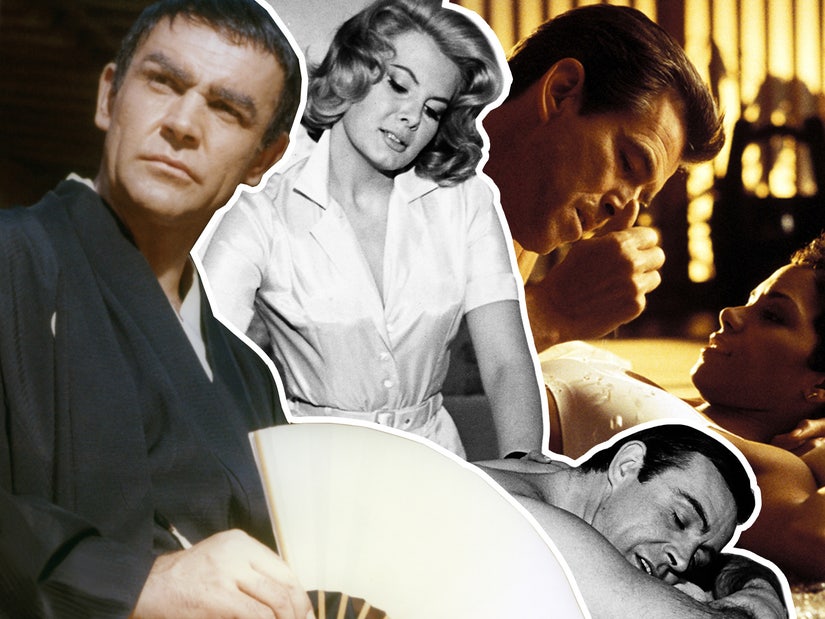 James Bond may be known as an international man of mystery and one of the world's most notorious spies, but he's never quite been known for his upstanding morals. In fact, MI6 head M once told Bond that she thought he was a "sexist, misogynist dinosaur" and a "relic of the Cold War" — and, well, she had a point!

Looking back at almost 60 years of James Bond movies, there are certainly a few scenes that would make today's audiences cringe. From instances of overt racism to encounters that border on sexual assault, these Bond movie moments will leave you shaken, not stirred.

Here are some of the most controversial moments in Bond history...

When Bond meets Pussy Galore in "Goldfinger," she made it pretty clear that she had no interest in the agent and was immune to his charms. Despite Pussy's lack of attraction to Bond, he takes it upon himself to forcefully seduce her in a barn. He physically overpowers her and ignores her objections until she finally submits to his embrace.

2. Blackmailing a Woman into Sleeping With Him

Bond uses a misunderstanding for his own personal gain in "Thunderball." After he narrowly avoids being killed while at the health clinic, he declares that "somebody's going to wish today never happened." A nurse overhears and wrongly believes the comment is directed at her, and begins to plead with Bond in fear that she might lose her job. Bond deviously suggests her "silence could have a price" and the nurse, who previously turned down his advances, is forced to succumb to Bond.

3. Disguising Himself as a Japanese Man

In "You Only Live Twice," Bond goes undercover in a Japanese village and in order to be more convincing, he gets dressed up in a pretty offensive way. Not only does he paint his face to be a Japanese fisherman, but he also tapes his eyes.

4. Being Violent With a Depressed Woman

Bond may end up marrying Tracy in "On Her Majesty's Secret Service," but their relationship is not without some concerns. When he first finds Tracy, who is known to be suicidally depressed, she is in his hotel room with a gun, threatening to kill Bond "for a thrill." He quickly and forcefully disarms her but even after she has dropped the gun, he continues to be harsh. When she won't answer his questions, he slaps her in the face, threatening that he "can be a lot more persuasive."

5. Strangling a Woman With Her Own Bikini Top

Within the first few minutes of "Diamonds are Forever," Bond has a questionable interaction with a sunbathing woman. He approaches the woman to introduce himself and she seems flattered by his attention, immediately allowing him to reach for her bikini top. He remarks, "There's something I'd like you to get off your chest" before swiftly removing her top and using it to choke her. He demands the whereabouts of his arch-enemy but the woman can't even speak to respond.

"Octopussy" takes Bond to India, where he doesn't hesitate to make offensive comments towards the people there. At one point he hands a wad of cash from his casino winnings to a by-standing Indian man and quips, "That'll keep you in curry for a few months, won't it?"

Why Daniel Craig Won't Leave an Inheritance to His Children

Early on in "Moonraker," Bond is scheduled to meet a qualified astronaut and doctor of science named Dr. Goodhead. Aside from the questionable name, Bond is in for a surprise when he comes face-to-face with the doctor, whom he expected to be a man. When he discovers the doctor is a woman, he expresses his shock, even questioning, "A woman?" as if females were not meant to be doctors or astronauts.

8. Teaming Up With The Taliban

In "The Living Daylights," Bond chooses a concerning group of people to team up with. While imprisoned in Afghanistan, he helps free a fellow prisoner and later joins forces with his band of freedom fighters. The real-life Afghan resistance was then known as the Mujahideen — but would later largely evolve into the Taliban. 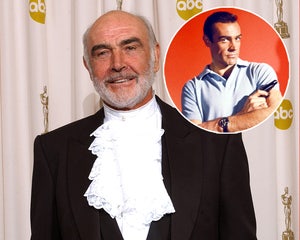 Bond heads to Jamaica in the first film in the saga, "Dr. No," but doesn't treat the residents with very much respect. During his investigation, he gains the help of Quarrel, a local fisherman who also works with the CIA. Even though Quarrel should be seen as a colleague, it's pretty obvious Bond sees him more as a servant — as evidenced when he orders the man to "fetch" his shoes after a swim.

10. Locking a Man With Dwarfism in a Suitcase

In "The Man with the Golden Gun," Bond goes up against archvillain Scaramanga and his henchman Nick Nack, who has dwarfism. Not only does Nick Nack get a lot of jokes made at his expense, but he ends up getting locked in a suitcase towards the end of the film.

11. Having Sex in a Buddhist Temple

In "Die Another Day," Bond finds himself imprisoned in North Korea. While the entire film wasn’t well received by Koreans, who thought it was slanderous and insulting, the movie also offended Buddhists. At one point, Bond and Jinx make love in a scene that's set in a Buddhist Temple.