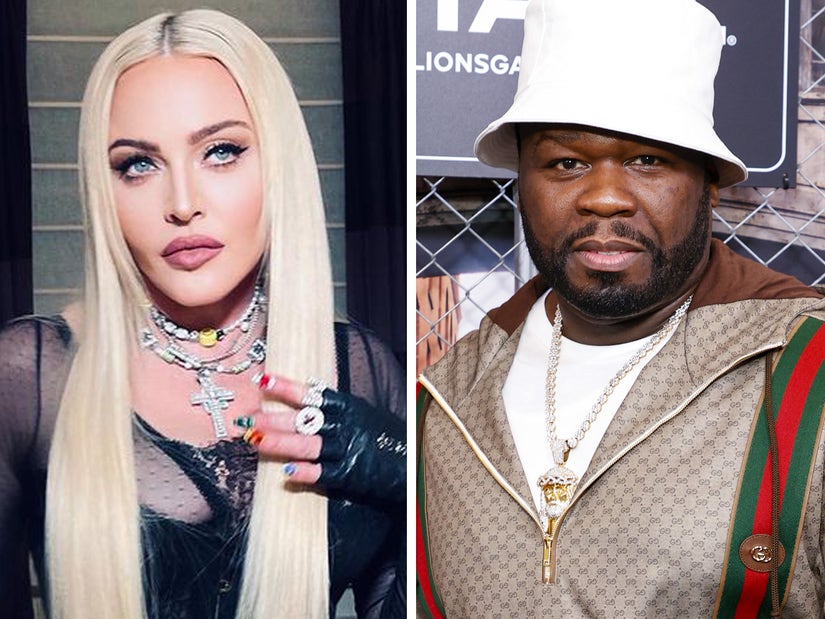 Madonna has responded to 50 Cent after he apologized for making fun of NSFW photos she recently posted to Instagram.

On Friday, the pop icon took to Instagram to share a video in which she called out the rapper for giving what she described as a "fake," "invalid" and "bulls---" apology.

50 had issued a mea culpa last week after Madonna slammed the "In Da Club" hitmaker for mocking racy shots she had shared on social media. However, it's safe to say Madonna isn't buying the rap legend's apology.

In the clip, above, -- in which Madonna used a filter that gave her animated eyes and larger lips -- the Material Girl blasted 50's apology, arguing why it's "invalid."

"Yeah, your apology is fake. It's bulls--- and it's not valid," she continued. "Let me just hit those four, five points about your apology being invalid."

The "Like a Virgin" singer first pointed out that "it's not hard to find footage of you and me hanging out," and shared throwback video footage of herself and 50 that appeared to have aired on BET.

"Number two, an apology is not valid if you don't know what you're apologizing for," she explained as she continued in the video. "What you should be apologizing for is your misogynistic, sexist, ageist behavior and remarks."

For her third point, Madonna brought up 50's remark in his apology in which he suggested that he "hurt Madonna's feelings." To that, the Queen of Pop said, "You didn't hurt my feelings 'cause I don't take it personally. I could never take it personally 'cause you're not coming from an enlightened place." 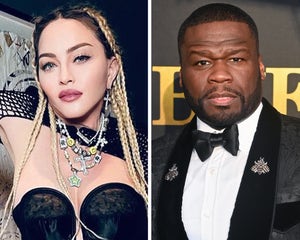 She then addressed 50 Cent's comment in which he claimed he doesn't "benefit" from his posts about her. "Number four, you say that you're not benefiting from it. Of course you're benefiting from it," Madonna expressed. "That is what social media is all about. You do understand that, right? We post things about ourselves and we use Instagram and other forms of social media because we want attention."

The Grammy winner added, "You're reposting somebody else's low-level-of-consciousness posting that are meant to shame and humiliate other people -- that's f---ed up. You are trying to put a limit on when women should be able to feel good about themselves."

Madonna concluded by noting that she "forgive[s]" 50 Cent. "Finally I just wanna say: I forgive you and I hope that one day you wake up and see a different point of view," she said. "I wish you all the best. That's it, okay?"

50 Cent has yet to respond.

The drama between the artists began at the end of last month when Madonna posted a series of racy, lingerie images snapped from inside her bedroom. In one, her bare breast was out for the world to see, while she had censored it with an emoji in another. Other shots put the spotlight on her derriere, which was clad in fishnets. (The original post was taken down by Instagram, but Madonna reposted the photos -- and blasted Instagram. See what she said, here.)

50 shared the photo of Madonna showing off her behind on his Instagram, calling the "Hung Up" singer an "old ass."

In another post, "Just A Lil Bit" rapper went on to make a comparison between the photo and the Wicked Witch of the East under a fallen house in "The Wizard of Oz." He also posted a shot of a person recreating Madonna's pose, describing it as the "like a virgin 63 challenge." 50 has since taken down the posts.

Last week, Madonna slammed 50 Cent for his comments, calling him out in a post on her Instagram Story.

"Here is 50 Cent pretending to be my friend," she wrote over a throwback photo of herself posing with 50. "Now you have decided to talk smack about me!"

"I guess your new career is getting attention by trying to humiliate others on social media," she continued. "The least elevated choice you could make as an artist and an adult."

"You are just jealous you won't look as good as me or have as much fun when you are my age," she added.

50 then took to social media with his mea culpa. Alongside a screenshot of Madonna's Instagram Stories post, he wrote, "I must have hurt Madonna feelings, she went and dug up a old MTV photo from 03."

"ok Im sorry i did not intend to hurt your feelings," he continued. "I don't benefit from this in anyway i said what i thought when i saw the picture because of where i had seen it before i hope you accept my apology."