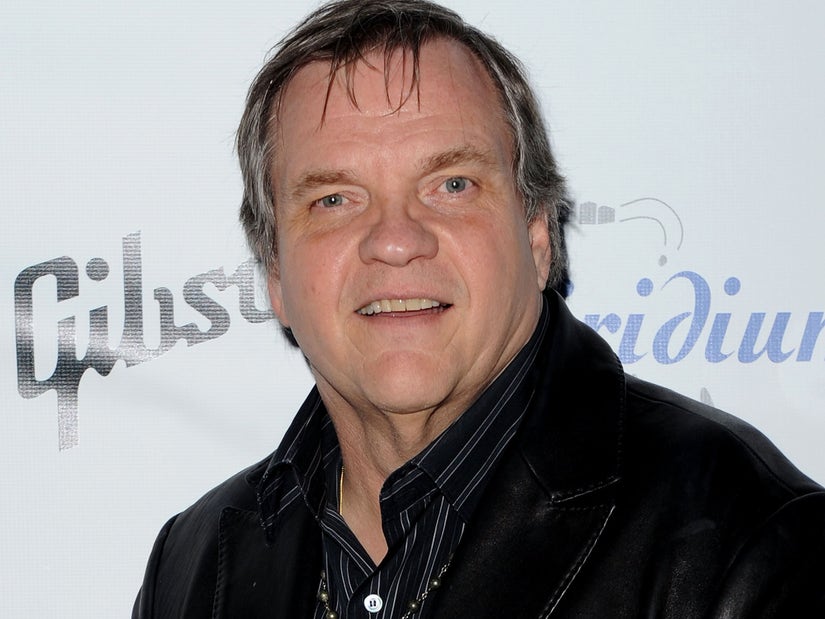 One of the most unorthodox and impressive rock vocalists of all time, Meat Loaf is most famous for his breakout 1977 album "Bat Out of Hell" and its 1993 follow-up "Bat Out of Hell II: Back Into Hell."

Hollywood was stunned overnight on Thursday as the tragic news broke that Meat Loaf, one of rock-and-roll's biggest voices, was dead. He was 74.

The news came via a statement released to the singer's official Facebook page during the overnight hours early Friday morning, letting his fans know that he was with family before he passed on Thursday evening. 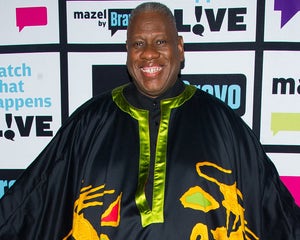 "Our hearts are broken to announce that the incomparable Meat Loaf passed away tonight with his wife Deborah by his side," the statement read. "Daughters Pearl and Amanda and close friends have been with him throughout the last 24 hours."

No cause of death was released, but TMZ reports that the singer was "seriously ill with Covid." He was scheduled to attend a business dinner earlier in the week for the show he was developing based on "I'd Do Anything for Love," but had to cancel.

The statement went on to tout some of his impressive achievements, such as the monumental breakthrough success of his 1977 album "Bat Out of Hell," which is still one of the Top 10 best-selling albums of all time."

His 1993 follow-up, "Bat Out of Hell II: Back Into Hell," would deliver the singer his first number one hit in "I'd Do Anything for Love (But I Won't Do That)," as well as a Grammy. In total, he sold over 100 million records, and appeared in over 65 movies.

"We know how much he meant to so many of you and we truly appreciate all of the love and support as we move through this time of grief in losing such an inspiring artist and beautiful man," the statement continued. "We thank you for your understanding of our need for privacy at this time. From his heart to your souls…don’t ever stop rocking!"

Even as the news broke in the wee hours of the morning, several of Meat Loaf's rocker friends and celebrity admirers began to pay tribute to his legacy and career.

Adam Lambert called him "a gentle hearted powerhouse rockstar forever and ever," emphasizing that he was also "kind." Cher shared her condolences with his friends and family and recalled how much "fun" it was performing and recording their 1981 duet "Dead Ringer for Love."

Boy George offered up a hilariously random memory with the singer, tweeting that Meat Loaf "once turned me upside down in a Chinese restaurant." Piers Morgan described him as "wondrously talented, flamboyant, funny, outrageous and rebellious" in his tribute.

See more tributes in the tweets, below.

Had So Much Fun With Meatloaf When We Did “Dead Ringer”. Am Very Sorry For His Family,Friends,& Fans. Am I imagining It, or Are Amazing Ppl In The Arts Dying every other Day⁉️
😢

A gentle hearted powerhouse rockstar forever and ever. You were so kind. Your music will always be iconic. I’m sure you’re singing concerts in the great beyond. Rest In Peace sir. #MeatLoafRIP #Meatloaf pic.twitter.com/9twdJcOeP1

R.I.P Meatloaf. Love and prayers to all his family and close friends. He once turned me upside down in a Chinese Restaurant in St Johns Wood.

… he had the quality of being simultaneously frightening and cuddly, which is rare and rather wonderful …

RIP Meat Loaf, 74.
One of rock music’s all-time great characters whose seminal iconic album Bat Out Of Hell is one of the biggest-selling records in history.
A wondrously talented, flamboyant, funny, outrageous and rebellious chameleon. Sad news. pic.twitter.com/J0UNQgGahn

The vaults of heaven will be ringing with rock. RIP Meatloaf. Give my best to Jim. - ALW

Heartache—but with warm memories—with news of Meat Loaf’s passing. A man of gentle kindness, generous spirit and exceptional talent. The unique quality of his music will stand the test of time. Like many who knew him, I will miss his friendship. https://t.co/fqdCm1RcAM

He was passionate. A softie. Kind. And talented as hell. And he was my friend. My heart is broken into a million pieces. RIP my friend, Meat Loaf. pic.twitter.com/SP0BPJ9AaX

We wanted you, we needed you--and we loved you. Three out of three after all, Meatloaf. You will be missed.

Farewell to a icon of the 70’s. Ain’t no doubt about it, ‘we were doubly blessed’ by his talents. https://t.co/gmvpmTsxWO

Meat Loaf was an absolute one off and Bat Out Of Hell is a straight 10 out of 10 album. The title track is an always will be my impossibly long karaoke choice. (Also, Fight Club). RIP Meat x pic.twitter.com/ztp1jR47Jb

My dear friend, Meat Loaf, has passed away. I just heard the sad news this morning. He was my golf buddy and great soundboard for me in our talks from sports to politics. We just talked a few months ago. RIP

Meat Loaf Dead at 74 from COVID https://t.co/uwnNXQCJpH via @TMZ

RIP Meat Loaf. Can’t properly express how much I loved his music. Huge fan. It was emotional, and heartfelt, and epic. You felt every word. https://t.co/0PDsEjOadn

RIP Meat Loaf. I had the pleasure of meeting you at events around the world. You will be missed… but your music will live on! pic.twitter.com/3hi8xEXvgw

Genuinely gutted about Meat Loaf. Enormous fan since I was a kid. A friend got him to do a video for my 39th birthday. It was 27 minutes long and hugely entertaining. One of a kind. RIP.

So sad to hear Rock star Meatloaf has passed away. RIP dear soul. Rock with the angels! Thanks for the music sir.

Morning RIP Meatloaf we met a few times in USA & UK I think we were on a few chat shows he joked with me comparing Boxing & Entertainment saying in Boxing Boxers R told "knock em out" in Entertainment performers are told "knock em dead" Meatloaf said 2 me U must not get confused pic.twitter.com/PGY8J99HrU

So sad to hear about Meat Loaf I spent many days in my youth attempting to belt out ‘I’d do anything for love’ and always failing miserably to get the top notes! He was a great talent, thank you for your Art 🙏 Rest in peace ❤️