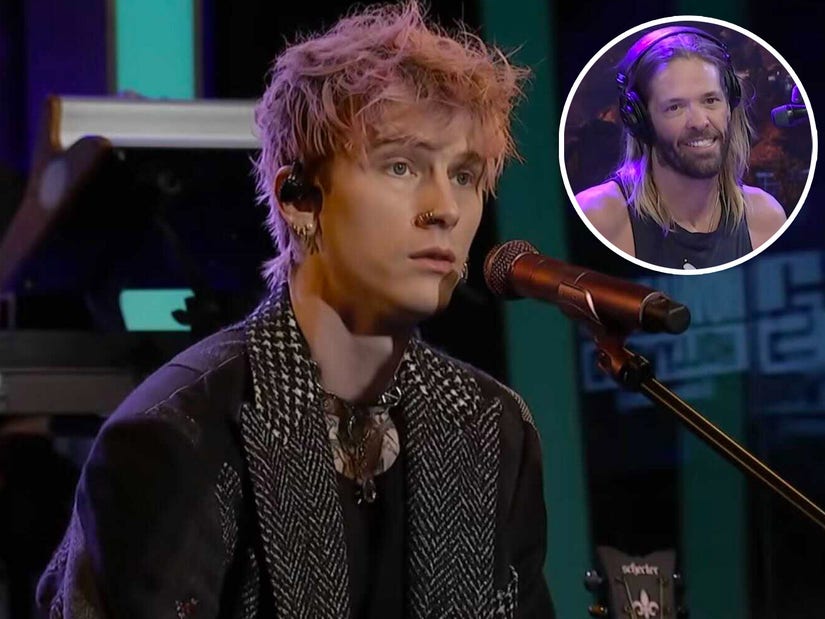 "I really want to thank him and let his kids know ... he made us feel so confident in ourselves and loved."

Machine Gun Kelly had a run-in with Foo Fighters drummer Taylor Hawkins just days before his death -- an encounter he left thinking, "This is the greatest night of our life."

During an appearance on The Howard Stern Show on Wednesday, Kelly was asked about hanging out with Hawkins two nights before his death while both bands were in Paraguay as part of the same music festival.

According to Kelly, it would have been the first time the two groups shared the same stage and he was really excited the Foo Fighters would see them perform. Unfortunately, a monsoon in the country canceled the event.

"That day was the day that the Foo Fighters were playing with us, on the same stage, and I had texted [Dave Grohl] and he was like, 'Yes, I'm going to come watch the show,' they had never seen the show," he told Stern. "That was the day, 'Oh my god, the Foo Fighters are going to watch our show.' So we went to sound check just to sharpen up and we built speakers just so they -- while they were watching from the side -- could hear fully. We were so excited, man. The rain came ... get a call, the show's canceled."

"I'm texting Dave and we're super bummed, he's like, 'Come over to the hotel, we'll shut the rooftop down and have some drinks,'" Kelly then recalled. Though he was worried about showing up with a crew of about 20 people, Kelly said "the whole Foo Fighters team -- but specifically Taylor" were so welcoming.

"He was so proud of his kids. He was so bright. He came to all of us. We were tripping out ... he stopped at every single person. He gave his heart," Kelly continued, before sending a message to the late drummer's three children. 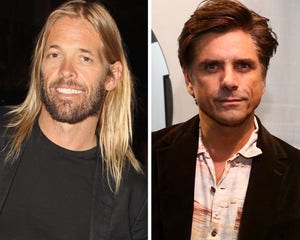 "I just want to say, to his kids, your father, when we left there, the kids in us came out. We were just like, 'This is the greatest night of out life, these legends,'" he continued. "The last thing he had said -- my drummer, we were tripping out over this -- the last thing he had said to him, he was like, 'I'm just so bummed I didn't get to see you guys play.' I really want to thank him and let his kids know that he made us feel, in a time when the outside world was really coming in hard on us, he made us feel so confident in ourselves and loved."

"Your father is a great, great man and we are all lucky to know him," he concluded.

Hawkins passed away at the age of 50 on March 25, while the band was in Bogota, Colombia.

"The Foo Fighters family is devastated by the tragic and untimely loss of our beloved Taylor Hawkins. His musical spirit and infectious laughter will live on with all of us forever," the band said in a statement at the time. "Our hearts go out to his wife, children and family, and we ask that their privacy be treated with the utmost respect in this unimaginably difficult time."

The band has since canceled all upcoming performances. 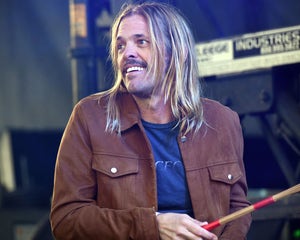