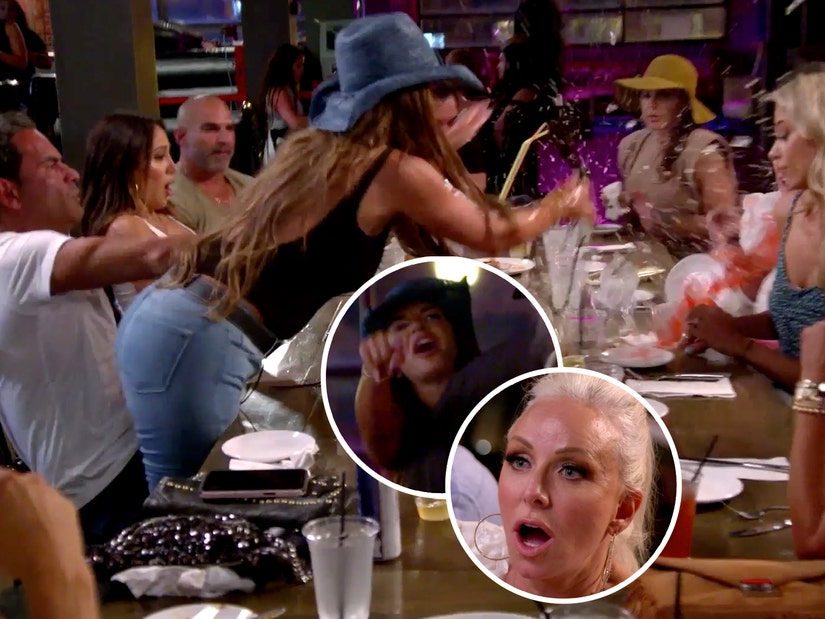 "What she just did is disgraceful. She's a disgusting beast," said Margaret after the altercation -- before Teresa came back for Round 2!

Tensions between Teresa Giudice and Margaret Josephs erupted on Tuesday's new episode of "Real Housewives of New Jersey" -- which culminated in an altercation that instantly drew comparisons to T's infamous table-flip.

Things between the two costars have been pretty brutal all season long, with Teresa getting more and more upset with the women -- and Josephs in particular -- questioning Luis Ruelas' past after news reports and social media gossip kept popping up involving T's man. In a recent episode, Josephs resurfaced allegations he got physical with an ex in front of her children, which Luis denied.

"I'm not gonna let her treat me like s---," said Josephs near the top of the hour. "Luis' name is being dragged on social media every day. I don't think there's anything wrong with being concerned."

As the cast and their husbands prepared for a trip to Nashville, Teresa made it clear she wasn't looking to mend fences with Margaret unless she fell on the sword. "Unless she apologizes, she can go f--- herself," said Giudice. "I know I'm on this trip with Margaret, but I can't even stand the sight of her. She's full of s--- and I've had enough of her s---."

Speaking in a confessional and to some of her costars, Giudice also took things a step further -- not just calling out Josephs for repeatedly bringing up Luis' past, but also accusing her of leaking stories to the press after speaking to some of his exes.

"What a coinkadink. Every time something came out about Luis on social media, Margaret was running her mouth," she said. "Probably not her alone, she probably does have some help, but I feel it in my gut she's running her mouth to the blogs and that's how this stuff is getting out."

Jackie Goldschneider, however, thought that line of thinking was absurd, telling Teresa she was giving in to conspiracy theories. She also filled Margaret in on what was going through Giudice's head. "Like I would even know this s--- about him," said Josephs to her husband, "I don't have time to go on blogs. She's so f---ing nuts. Now I'm pissed off."

As the whole crew went out to a local bar in Nashville on their first night in town, they took turns riding the bull -- and then out came the horns. When Margaret made an innocuous comment about "knowing everybody," Teresa used it as an excuse to go off.

"You talk to f---ing Tom, Dick and Harry," shouted Teresa, before confirming in front of the whole group that she believed Margaret had been talking to the press. "Every time we have like a major talk, something comes out. And who brings it out? Ms. Margaret does," she added, as Margaret vehemently denied speaking to any bloggers.

"How would I have information about Luis and his wife?" she asked, before T replied, "Because you're talking to people in his past. I'm sure you inserted yourself! Maybe someone from his past contacted you. You know everybody! Margaret knows everybody!"

Margaret then called Teresa "a sick, disgusting liar," which made Giudice see red. With that, she flipped out, flinging everything in front of her on the table -- food, drinks, etc. -- straight at Margaret. "You f---ing bitch," she shouted at a wine-covered Margaret -- who called Teresa "disgusting" in return. 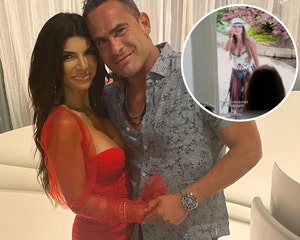 As Luis, Melissa and Joe Gorga went to the downstairs bar with Teresa in an attempt to calm her down, Margaret told the other women that what Giudice "just did is disgraceful," calling her "a disgusting beast." Downstairs, Teresa was still livid, saying Margaret "needs to be taught a lesson" -- and shouting, "I'm gonna come up there and beat the f---ing crap out of that bitch."

Teresa then ran back upstairs, screaming, "She f---ed with the wrong girl, f--- her" and calling Margaret "vile," before Joe and Luis pulled her back again. With that, Teresa, Luis and the Gorgas went back to their rental for the trip -- where a still heated T continued to shout to anyone listening about Margaret, before deciding she and Luis should head to a hotel.

"I hope this is the real deal," Margaret told the other women after, saying she still wished Teresa and Luis the best. "If everything was great, she wouldn't act this way. Normal people hold their composure."

While the episode ended there, a preview for next week showed this conversation is far from over. Stay tuned! 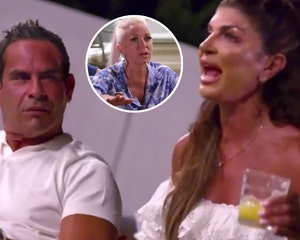