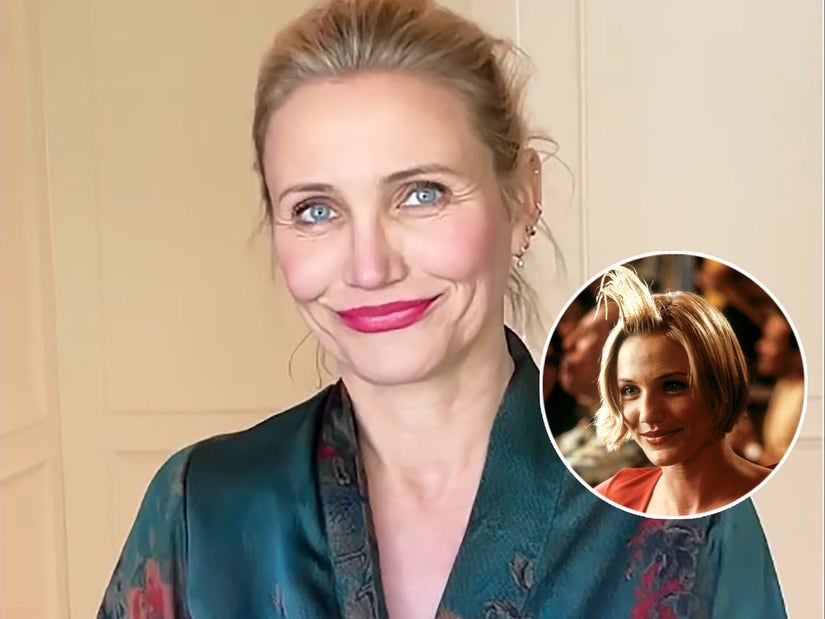 The new clip is a commercial for her own wine brand, Avaline, but also a funny and nostalgic look back at one of the most cringeworthy comedies of all time!

Who says you can't go back again? It's been 24 years since Cameron Diaz styled her hair with some gel she found on Ben Stiller's ear in the classic raunch-com "There's Something About Mary" -- so it's apparently time for a touch-up.

With an assist from comedian Benito Skinner, at first it looked like he was going to be the only one to revive that sexy red dress and the ridiculously over-the-top bangs Diaz was sporting after she borrowed some of Stiller's "hair gel." 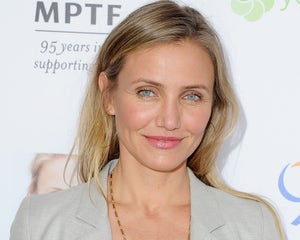 Cameron Diaz Abandoned Beauty Regimen Along with Acting: 'I Like Never Wash My Face'

It all went down in a new video Diaz posted to her Instagram as a commercial for her wine brand, Avaline. The playful cilp saw two of her gay friends heading to her house, and bringing some of her own wine to dinner.

But it's when they arrived that the big reveal happened. Moments before, Diaz could be seen laughing and looking at pictures of herself from "Mary," just in case fans weren't able to make the connection for themselves a few moments later.

Dressed in relaxed, casual wear, Diaz was nowhere near the fashionista her character was in that moment, but Skinner was rocking the full look when she answered the door. After looking at him a moment, she dropped out of the frame and popped back up and it was as if no time had passed at all.

Diaz still looked stunning in the little red number -- sorry, Skinner, she wore it better here! -- and her hair was as hilariously obnoxious as his. 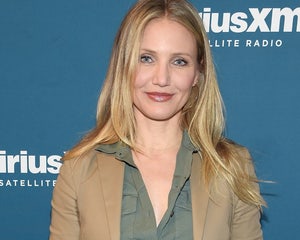 Cameron Diaz On Return to Acting: 'Will I Ever Make a Movie Again?'

The other thing this video gave us was the sad feels knowing that despite being just as charming and funny as ever, Diaz has still stepped away from acting.

Instead, she's focusing on her wine brand, which she launched in 2020 amid the ongoing Covid pandemic. Still, it could be good news for Avaline, as fans eager to see Diaz performing again in anything can at least look forward to these ads for her brand.

as for "There's Something About Mary," it remains a classic must-see -- unless you have a sensitive stomach. Some of its gross-out humor is not for the faint of heart, and the "hair gel" scene is probably the least of them!