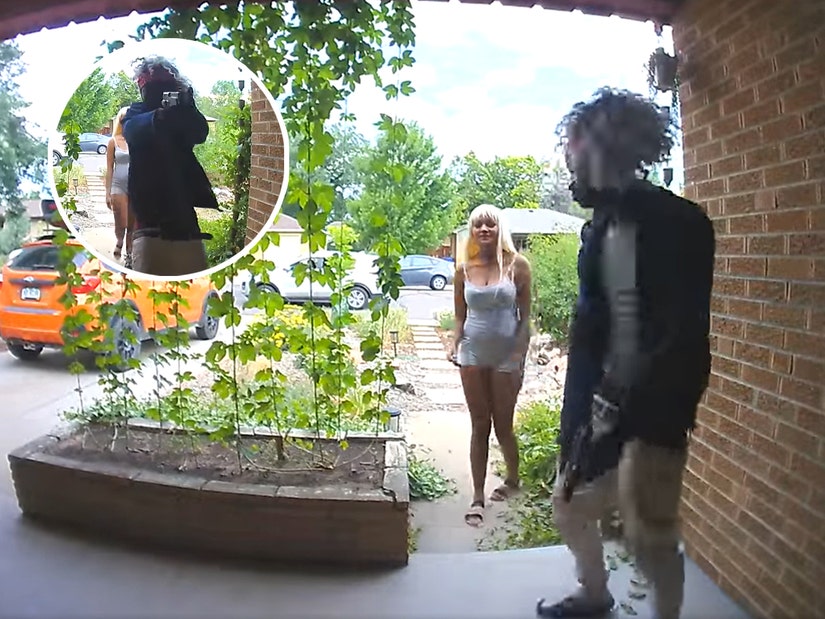 The footage shows the two suspects, who both seemed to be wearing wigs during the incident, laughing

One man is in police custody after a Ring camera allegedly caught him and his "female accomplice" pulling a gun on a couple right outside their front door.

According to the Wheat Ridge Police Department in Colorado, the pair "terrified" a couple walking home by following the victims to their door -- where the male pulled out a gun split seconds before the homeowners slammed the door in their faces.

"If the couple hadn't immediately gone inside and slammed the door, who knows what may have happened," said police.

The footage shows the two, who both seemed to be wearing wigs during the incident, then laughing as they ran back to their vehicle before driving off. It does appear a third person may have been waiting for them in the driver's seat of what police suspected was a silver Kia Sportage.

Per police, just five minutes later and about a half mile away, the two are believed to have then robbed another man at gunpoint who was loading his vehicle in the neighboring city of Denver.

"Although they both appear to be wearing costumes or at least wigs, their faces are quite clear," police said as they shared the Ring footage to Facebook, asking for help identifying the duo. "In other words, if you know them odds are you'll recognize them."

Well, it seems someone did.

One day after sharing the footage, the department confirmed they identified and arrested the male suspect from the video, adding that charges were pending and they were still working to identify the woman in the video.

"Thank you for all of your shares here and the information you shared with our detective," added police. 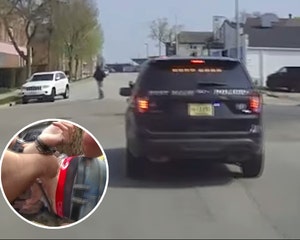