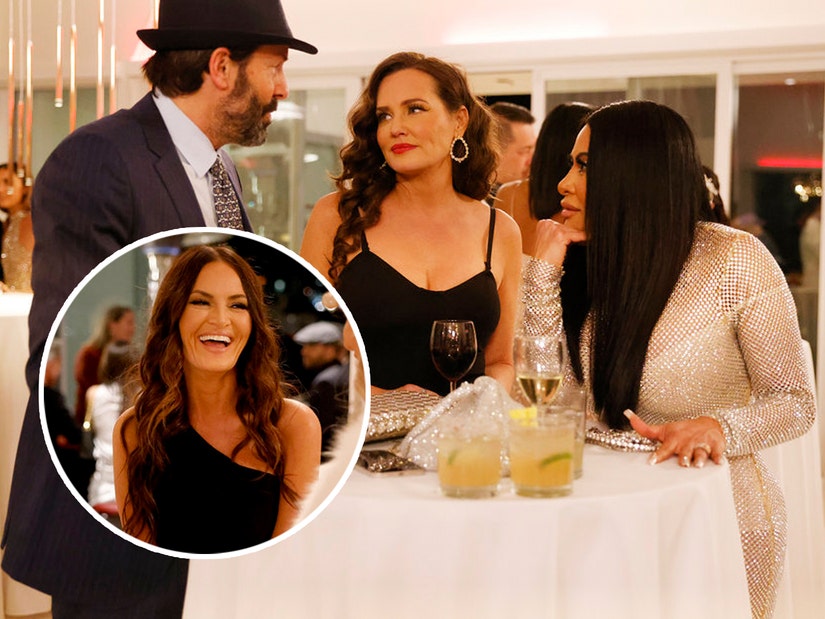 As the two remain at odds, Meredith's husband also confronts Lisa about her "hateful" rant about them.

"The Real Housewives of Salt Lake City" have returned ... and, man, has a lot changed for them since Season 1.

The Season 3 premiere started with flashback footage from the show's earlier days, with Jen Shah bragging about her business, Meredith Marks and Lisa Barlow praising their friendship and Whitney Rose and Heather Gay being the best of cousins. The new episodes, however, will flip the script on all of them -- as Shah heads to court for tax fraud, Meredith battles Lisa after Barlow's unhinged hot mic moment from Season 2 and Whitney and Heather go at it over something to come.

While Meredith and Jen were at odds in the past, they're now the best of friends and the premiere began with them talking about how to best move on from Lisa's rant.

"She completely defamed my character on things that weren't true," said Meredith, before wondering if Barlow was simply repeating rumors she had heard. She added that she's heard gossip about Lisa, but doesn't repeat it ... before then repeating it.

"There have been question marks surrounding her marriage, her business and her finances," said Meredith, adding they should all be "fair game" for her to repeat at this point. "There are affair rumors. I'm not getting into it, but there are rumors. I don't know if they're true or false." Shah, meanwhile, said she "heard the same thing" about Lisa "having an affair"

Meredith was later seen talking to her husband Seth about Barlow as well, airing even more gossip in front of the cameras.

"She's questioning our finances yet I see SEC documents that their company is not making money, fact," she claimed. "It shows the Barlows were crowdfunding for their business. In 2018, the company was reporting losses and had some outstanding debt. It raises a question mark, that's for sure."

"She's busy questioning our relationship, affairs, cheating, yet those rumors are flying about her," she went on. "Lisa tries to show this life of perfection. What I heard from others, if everything I'm hearing is actually true, her life is not so great. I have never exchanged sex for money, that's what a whore is. Maybe someone else has, who knows."

A producer then flat out asked whether she was "insinuating that Lisa has slept with someone for money," with Marks responding by sipping her drink, shrugging her shoulders and smirking at the camera. "It's very sad someone wants to throw away a 10-year friendship over some skeletons in their own closet," she added. 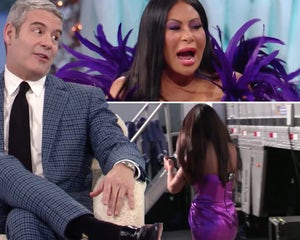 The episode culminated in a birthday party for Shah's husband, Sharrieff Shah, where Meredith and Lisa avoided each other as long as possible, before finally giving one another a very cold hug. While Lisa said she wanted to talk at some point, Meredith made it clear it wouldn't be at the party -- and, in a confessional, expressed frustration that Barlow hadn't reached out to her in the months beforehand.

Lisa then moved on to Meredith's husband, Seth, who actually engaged in some back and forth with Barlow about the rant.

"It was crazy, I'm still trying to understand it. Meredith was devastated," he told her. "It was hard on me. You made some comments about me I couldn't believe either."

He wondered what the "root" of her anger was, before she said that, on the way to their group trip to Zion, everyone told her Meredith was "not your friend." Seth, however, said he could "never imagine" saying the things she said about someone he loved.

Though she said she was coming from a place of "hurt," he said her behavior seemed "so hateful."

"It wasn't hate, it was hurt," she responded, "I have my stuff too, nobody knows what goes on for me, nobody asks me and I'm trying to be there for others. I never talked badly about Meredith to anyone. I thought I was in a private space, just hurting. It wasn't meant for anybody else to hear. I don't expect you to forgive."

He told her they had to try to "keep moving forward" and said Meredith was "rightfully" hurt more than he was. With that, Lisa left the party, as he went back to his wife and Jen Shah.

"Is it an apology when you're excusing the behavior?" he asked them both -- as they shot back a resounding, "No!" 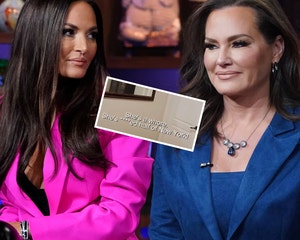