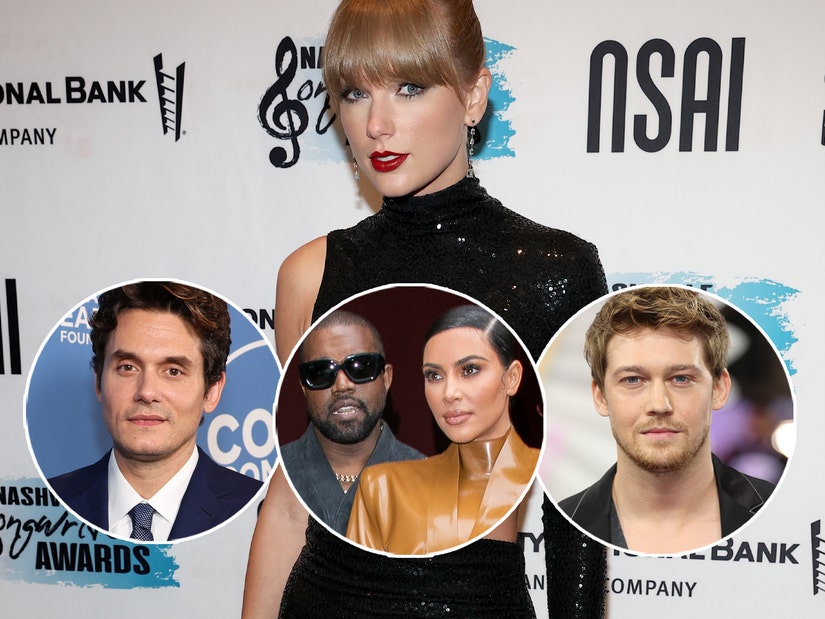 The singer has dropped her 10th studio album -- and Swifties are already breaking down possible hidden meanings in the songs.

The world can always count on Swifties to decode Taylor Swift's lyrics.

The 11-time Grammy winner's highly-anticipated 10th album, "Midnights," has just been released. On Friday morning at midnight, (obviously), Swift dropped the studio album, which consists of 13 songs, and the new music immediately threw fans into a frenzy.

However, a few hours later, the singer shared a surprise announcement: there are seven more tracks, which she called "3am tracks." And so, "Midnights (3am Edition)" clocks in with 20 songs total, adding the seven bonus tracks to the aforementioned 13.

But Taylor had even more in store for her devoted fans: a music video! On Friday morning, the 32-year-old released the music video for the song "Anti-Hero," the third track on "Midnights." Check out the video, above.

One can't deny that Swifties are dedicated and passionate, and Taylor's new album broke the internet -- no really, Spotify actually crashed. And, as in the past, many obsessed fans took to Twitter to share their midnight thoughts on "Midnight," and break down and decipher the hidden meanings in her songs.

According to Swifties, Taylor's new music includes references to her romance with Joe Alwyn, Kanye West and more.

Here are the four popular fan theories about TSwift's album: 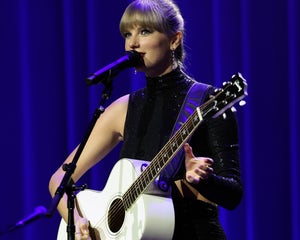 Many are speculating that the track "Vigilante S---" includes references to Taylor's infamous feuds with Kanye West and ex Kim Kardashian.

If you recall, the beef between Swift and the former couple dates back to when Kanye interrupted Taylor at the 2009 MTV VMAs -- and it just went downhill from there.

In the track, Taylor sings about "revenge" and "get[ting] even."

Others speculate that Swift is referring to Kanye and Kim's split on the song as well. Kim -- who shares four kids with Kanye -- filed for divorce from the rapper in 2021.

"Now she gets the house, gets the kids, gets the pride," Taylor can be heard on the track. "Picture me thick as thieves with your ex-wife / And she looks so pretty / Drivin' in your Benz / Lately she's been dressin' for revenge."

Kim will walk away from her divorce from Kanye with their $60 million Hidden Hills estate, according to TMZ. It's worth noting that Kim drives a Mercedes-Benz Maybach. 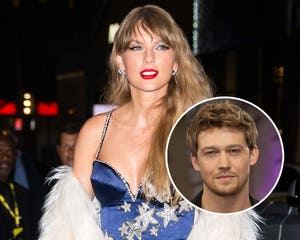 "Midnights," unsurprisingly, appears to feature references to Swift's boyfriend, Joe Alwyn, whom she's been dating since 2016, with Taylor seemingly referring to her romance with Joe on the tracks "Lavender Haze" and "Sweet Nothings."

It's also worth noting that Alwyn is credited as a songwriter on the album under the pseudonym William Bowery, which he previously did on Swift's album, "folklore." On "Midnights," Joe, under his pseudonym, is credited as a co-writer on "Sweet Nothing."

Some Swifties believe the bonus track, "Would've, Could've, Should've," is about her past relationship with John Mayer, who is 13 years Swift's senior. In the song, Taylor sings about a romance she had when she was 19. Swift and Mayer briefly dated from 2009 and 2010. At the time, the latter was 32.

"If you would've blinked then I would've looked away at the first glance," Taylor can be heard on the track. "If you tasted poison you could've spit me out at the first chance / And if I was some paint, did it splatter on a promising grown man? And if I was a child did it matter if you got to wash your hands?" 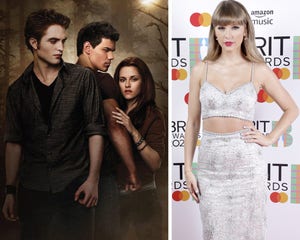 Did Taylor Reveal the Name of Blake Lively and Ryan Reynolds' Fourth Baby?

Swift revealed the name of Blake Lively and Ryan Reynolds' third child, Betty, in a song of the same name, which was featured on her eighth album, "folklore." And now fans are theorizing that Taylor has secretly revealed what the couple -- who are close pals with the singer -- has named their baby on the way, Daisy May.

A lyric in Swift's new song, "You're On Your Own, Kid," includes a reference to someone named "Daisy May."

"I see the great escape, so long, Daisy May / I picked the petals, he loves me not," Taylor sings on the track. "Something different bloomed, writing in my room / I play my songs in the parking lot / I'll run away."

Did Swift Allude to Romance with Ex Tom Hiddleston?

It appears that John Mayer isn't the only famous ex Taylor possibly alludes to in her new album. Some fans are speculating that Swift refers to her past romance with Tom Hiddleston, whom she dated briefly in the summer of 2016.

Swifties think Taylor is referring to Tom in the "Midnights" song, "Midnight Rain."

"He wanted it comfortable / I wanted that pain / He wanted a bride, I was making my own name / Chasing that fame, he stayed the same / All of me changed like midnight," Swift can be heard on the track.

The lyric about a man wanting "a bride" is what is sticking out to fans. Hiddleston is currently engaged to actress Zawe Ashton, who is also pregnant with the couple's first child.

Meanwhile, fans think Taylor may also be referring to Tom in another song, "Maroon."

Swift and Hiddleston danced together at the 2016 Met Gala, which takes place in New York City.

"Midnights" and "Midnights (3am Edition)" are available now on all streaming platforms. Check it out for yourself, below!