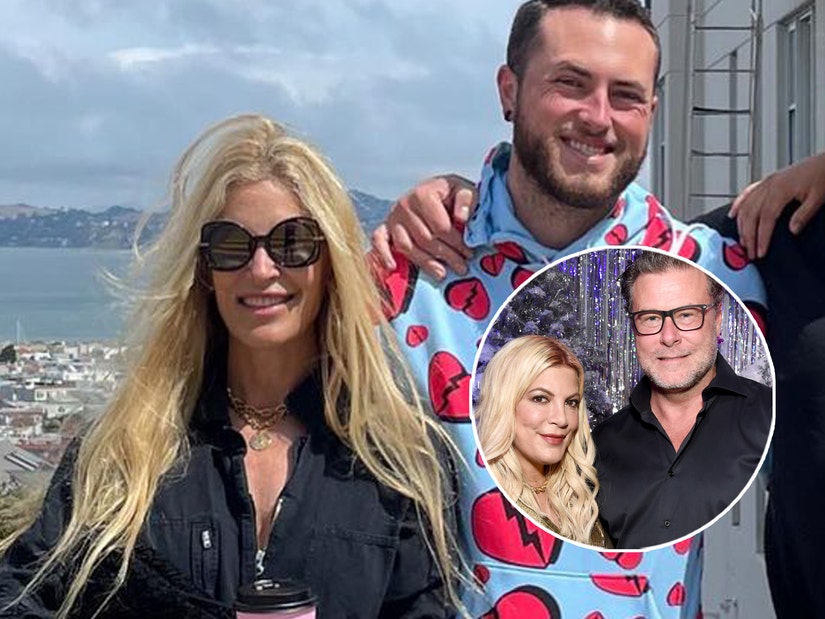 "Due to my mothers recent decision to spread information about my Dad, Step mom and my siblings I am no longer able to stay silent."

Dean McDermott and ex-wife Mary Jo Eustace were supposed to have a brand new podcast together ... but they made it two episodes before the whole thing fell apart.

And now, the couple's son Jack, 24, is giving some insight into some of the alleged family drama that led to his father suddenly quitting the show.

"Since my parents divorce in 2006, I have rarely spoken out as I preferred to stay out of it. Unfortunately, due to my mothers recent decision to spread information about my Dad, Step mom and my siblings I am no longer able to stay silent," Jack shared on Instagram, in a since-deleted post, this week. 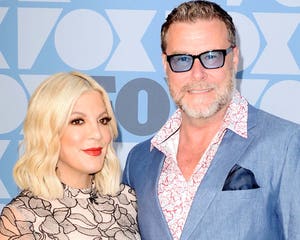 "About a week ago, my Dad made the decision to step away from his podcast with my mother," Jack continued. "He chose to leave due to negative comments about our family and consistent attempts to malign his character. He also chose to leave due to the producer of the show betraying his trust and divulging private information."

"For 17 years my father has atoned for mistakes He's made in the past. He has grown so much as a person. Up until a week ago, our two families where [sic] living in harmony," the post went on. "With this podcast, it has driven a wedge between our two families and created a divide I am not capable of mending. Sadly, I'm not sure it can be."

He concluded his post by saying he hoped anyone listening to the "Ex's & Uh-Ohs' podcast takes all information "with a grain of salt," before telling his mom, "I ask that you please respect me, and my blended family. Please avoid creating any additional strain on our family dynamic."

"These past few years have been nothing but peace and happiness, and I ask that we continue to try and keep it that way." 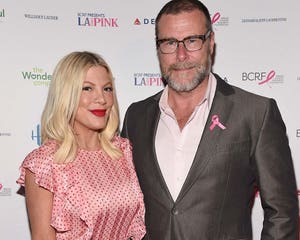 His statement came after Eustace dropped a third episode of the podcast without Dean last week, in which she shared her side of what went wrong.

Noting Dean was "absent," she explained they initially started the podcast with "a real intention to reconnect as friends." She added, "Well, we made it two episodes. I guess I'm on the uh-oh list. I'm not getting along with my ex ... well, we f---ed up because we didn't get through it."

She claimed that their fallout was prompted by an interview the pair did together on another podcast to promote the show. In a clip from said interview, Dean and Mary Jo were asked about how she discovered his affair with Tori Spelling, after the pair met filming a Lifetime movie in 2005.

"We were on a family vacation with another couple and this other couple ultimately sold the story to all the tabloids ... Dean was distant during the vacation," Mary Jo said, as Dean expressed frustration with the story being rehashed. "I said, 'Have you met somebody?' He said, 'Yeah.' I said, 'Was it Tori?' I said, 'Did you sleep with her?' He said, 'Yes.' He said, 'She's my soul mate, we're in love.'"

At that point, she then noted Dean "left" the interview altogether, shutting his laptop down. He then allegedly told his ex and the show's producer on Thanksgiving night that he was also quitting the podcast, which already had 11 episodes in the can. On the episode, the producer said Dean's decision was "jarring," as he felt they were all on the same page about what the podcast would be.

The producer and Mary Jo both confirmed the show would continue with her solo, with Eustace saying, "We wish Dean love and light and who knows, there might be another reunion in this. This is what we have been left with and there's no way we're giving up on this [podcast]."

After Jack's post, a source close to Eustace also told PEOPLE, "I'm sure it's very hurtful for Mary Jo to hear that her son is talking negatively about her. Unfortunately, the facts stand that it was Dean who was unfaithful and walked out on Mary Jo and the kids and then again unfaithful to Tori."

"It was Mary Jo that did 90 percent of the parenting and has been a loving and consistent parent," the source added. "With that said, she respects Jack's right to express himself. And always will."

TooFab has reached out to McDermott's rep for comment.