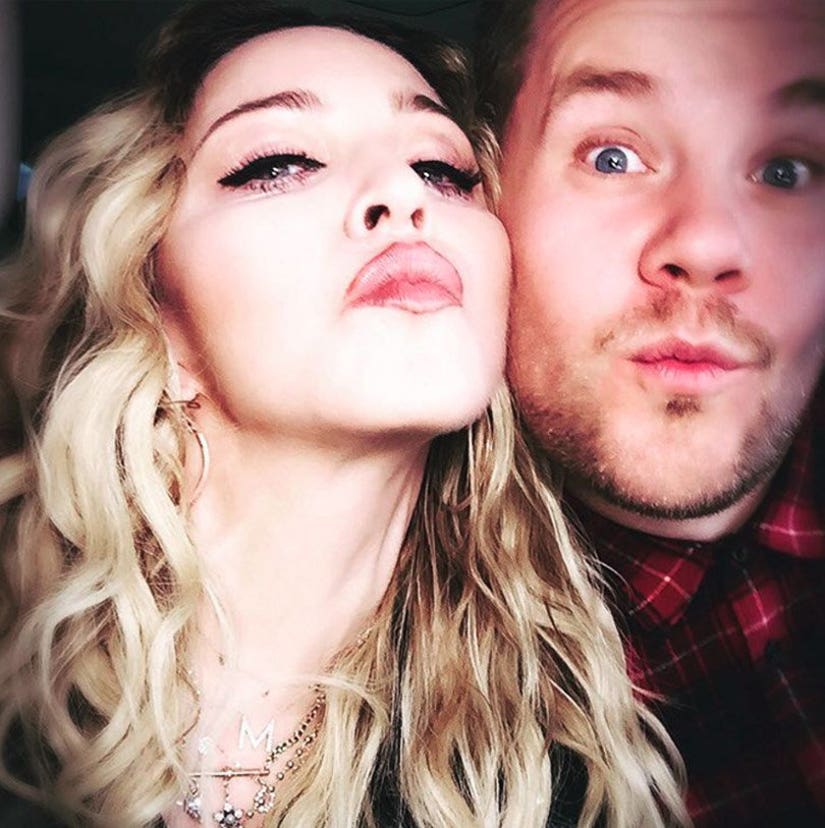 James Corden just took a ride with the Queen herself ... well, the Queen of Pop at least.

Madonna swung by "The Late Late Show" on Wednesday night for the latest installment of the host's insanely-popular "Carpool Karaoke" series and she did not disappoint.

The 13-minute video is filled with the two rocking out to Madge's biggest hits, vogueing to "Vogue" and twerking to "Bitch, I'm Madonna," as they drove around in NYC.

The two also sang "Papa Don't Preach," a totally a cappella version of "Don't Cry For Me Argentina," "Express Yourself," "Music" and "Ray of Light," while chatting about being ex-communicated from the church and Madonna's love of the nun's habit.

At one point, Madonna seemed to be flirting to Corden, until she found out he was married. That's when she started insulting his clothes instead!

The duo also talked about Michael Jackson, who she says she "of course" kissed. "Baby, I've been around. Tongue in mouth kissing," she revealed. And yes, she made the first move.

Check out the full video above.

Looking for even more Carpool Karaoke episodes? Be sure to watch: