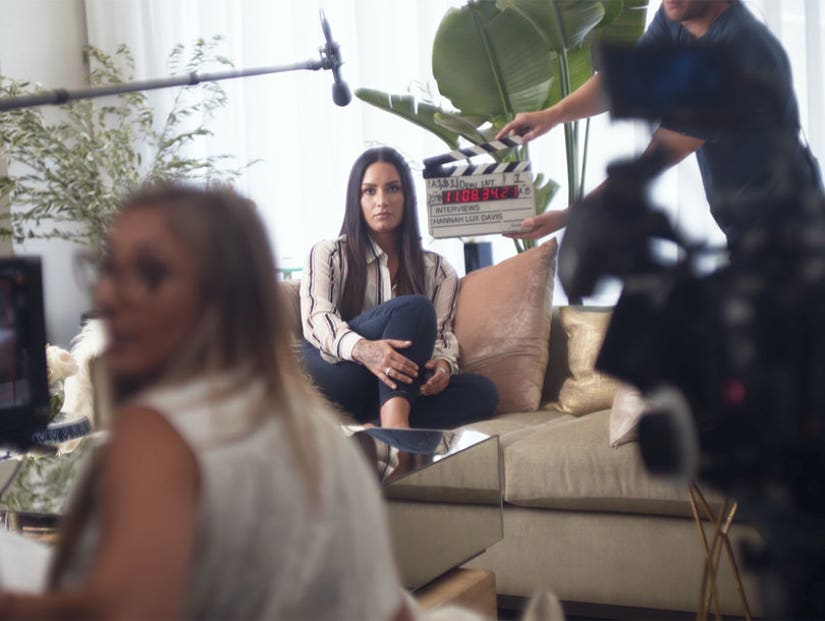 Demi Lovato opened up like never before in a new documentary that dropped Tuesday on YouTube titled "Demi Lovato: Simply Complicated."

The 78-minute long doc touches on her troubled childhood, her dating history and struggles with drug addiction, being bipolar and eating disorders.

"The last time I did an interview this long, I was on cocaine," she joked at the very top of the video diary, which also chronicles the creation of her new album, "Tell Me You Love Me."

Here's what we learned from watching the video, which you can also check out in full below:

Demi and her longtime friend Marissa Callahan opened up about getting into drugs in their teenage years.

"My first time doing coke I was 17, working on the Disney Channel and I was with a couple friends. I was scared because my mom always told me your heart could just burst if you do it but I did it anyways and I loved it," she said.

Why She Punched Her Dancer in the Face

The singer opened up about an infamous incident from her past where she assaulted one of her backup dancers.

"I was in Colombia, on the 'Camp Rock 2' tour and I invited a bunch of people to dinner. I paid for all the alcohol, someone ended up getting weed, I was on Adderall and we had trashed the hotel," she explained. "The hotel was threatening us, they went to some of the dancers and asked what happened. And I think they told on me for using Adderall. Someone told Kevin Jonas Sr., Phil [her manager] and my dad."

"I was very upset, now it was out I was on Adderall. The next day I was in a lot of trouble, I remember going to Kevin Sr. and saying, 'Listen, I want to thank whoever told on me because I know they were just worried about me and I just want to know who told you,'" she added. "I manipulated him into telling me who it was and he said it was Shorty. When he said Shorty, I remember thinking, I'm about to beat this bitch up. She had already boarded the plane, I just went up to her and it was like a blur."

After hitting her in the face, Demi said, "Everyone was freaking out. I just remember sitting down, texting my mom I'm sorry. and I slept the whole day. I just came to the breaking point." 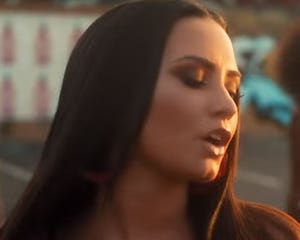 Demi Lovato Dances Her Butt Off In Music Video For 'Instruction'

Fallout After First Time In Treatment

After that incident, Lovato entered treatment for the first time and it was there she was diagnosed with bipolar disorder. But when she got out, Lovato started to spiral out of control again.

"I wasn't working my program, I wasn't ready to get sober. I was sneaking it on planes, in bathrooms, nobody knew. I went on a bender of two months when I was using daily and there was one night where I used a bunch of coke, I popped a few Xanax bars and I started to choke a little bit and my heart started racing," she revealed. "I remember thinking, oh my god, I might be overdosing right now."

"I would fake my drug tests with other people's pee. I'd lie straight to their faces. It's embarrassing to look back at the person that I was," she said.

The "last time" she drank was right before a major career event.

"I invited 2 random people and basically just drank with them. I got really really drunk until it was time to get on a flight and I was so drunk that I threw up in the back of the car service on the way to the airport to perform on 'American Idol,'" she said. "I felt like that was a moment in my career where I didn't care. I just knew that I needed to be high to get through what I was going through at that point." 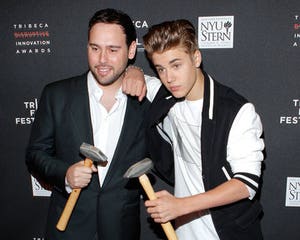 Justin Bieber's Manager Gets Real About Pop Star's 'Dark' DUI Period: 'We Were Living in Hell'

She Stayed In a Sober Living Facility

While she was a judge on "The X Factor," Lovato would go home every night to a sober living home.

"While she was a judge, she's living in a sober apartment with roommates," her manager explained. "She's having to do chores. She has no cell phone. She's completely and totally submitted to the process of recovery."

"You have to lean into the people who are trying to support you," added Demi. "You really have to surrender because that's when the change is going to happen."

She also said she's coming up on five and a half years of sobriety. 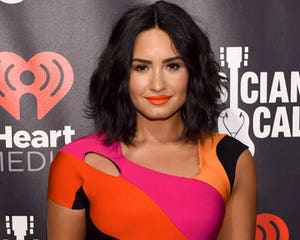 Wilmer Valderrama Is Her One Big Love

Lovato dated Wilmer Valderrama for six years, before splitting in 2016.

"I've never loved anybody that I loved Wilmer. And like, I still love Wilmer. When I first met Wilmer he was 29. I met him on January 11 of 2010, it was at PSA shoot at his house for the 2010 census forms. To be honest, I only did it because I heard it was at his house and I thought he was really cute," she candidly confessed. "I didn't care about the census forms. I was only 17 and so he was like, get away from me. After I had turned 18, we began dating. I think it was love at first sight and I don't really believe in that, but I believe that it happened."

"We connected on a level that I've never connected with anybody before. He was just my rock, my everything," she added.

As for why they split, she said they mutually decided they were "probably better as friends."

"I do have moments where it's late at night and I'm lonely and I wonder if I made the right decision," she said, "because love is a gamble." 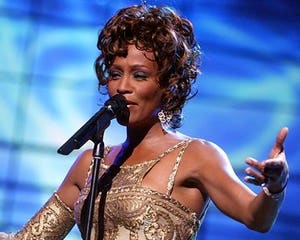 7 Shockers From Showtime's Whitney Houston Documentary 'Whitney: Can I Be Me'

She Recently Relapsed with Her Eating Disorder

Lovato confessed that she relapsed on binging and purging "a couple minutes" before filming one scene in the documentary. Her eating disorder is constantly on her mind.

"When I do have moments that I slip up, I feel very ashamed," she said. "What started the relapse was missing Wilmer. When I was in a relationship with Wilmer, I went three years without purging and when we broke up, that's one of the first things I did. When I feel lonely, my heart feels hungry and I start binging."

"Food is still the biggest challenge in my life. I don't want to give it the power to say it controls my every thought, but it's something that I'm constantly thinking about," she added. "It's just exhausting. I get envious of people that don't struggle with an eating disorder because I feel like my life would be so much easier."

She also pinpointed when her disorder developed: "When I was 12 I was bullied, I developed a social anxiety where I didn't trust other girls my age. Then one day this girl who was popular started saying Demi should kill herself, she should slit her wrists and it resulted in a suicide petition that got passed around and she had other classmates sign it. When I asked them why, nobody would give me a specific reason. I had no friends, I was alone, so I went off of what they were calling me, which was a whore and being fat. That's when my eating disorder developed."

Now, she says she turns to workouts at the gym and jujitsu to keep her mind off her addictions and stay healthy. 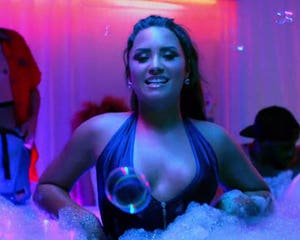 "I am on a dating app with both guys and girls," she said, after getting a message from a woman on Raya. "I am open to human connection, so whether that's through a male or a female that doesn't matter to me. Liking somebody and them texting you and you waiting for the text back, first dates ... oh my god."

The documentary showed her prepping for a date, telling her stylist that she "always" wants to show cleavage. "Do I let the nipple show? It's like really see through," she jokes.

"There's a certain stigma around a woman having casual sex and for me, I feel like it's my body and it's my choice and I'm making a connection with somebody," she added. "It's fun."

As for the type of person she's into, she added: "I do like athletes. There's something really sexy about somebody putting all their physical strength into their passion." 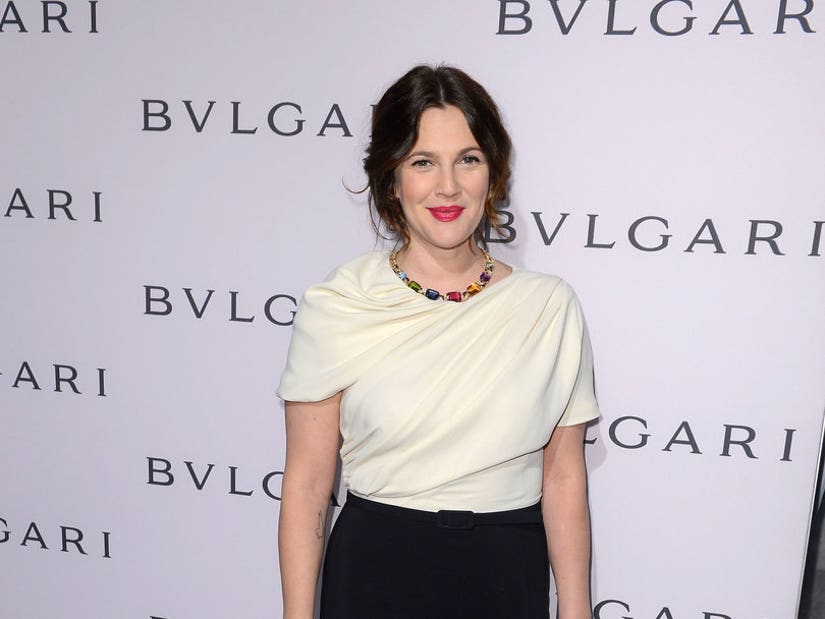