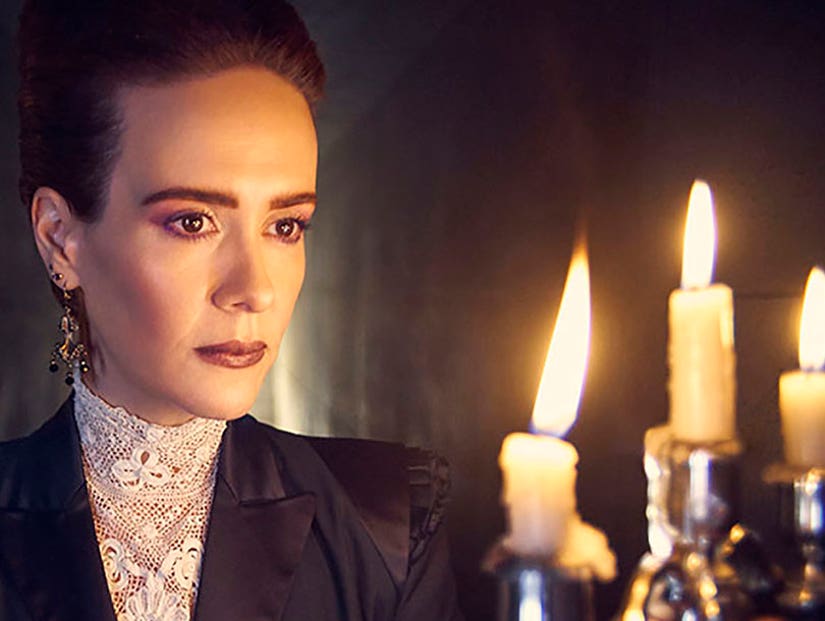 Perhaps the most anticipated season of "American Horror Story" kicked off Wednesday night, and things went bad in a hurry as the "Apocalypse" settled over the show.

The dark premiere lit up Twitter with several cast-member's names trending, including "AHS" mainstays Evan Peters, Sarah Paulson and Kathy Bates. And yet, those fans excited about seeing them in their iconic roles from previous seasons "Murder House" and "Coven" will have to wait a little longer, as Paulson and Peters will be playing multiple characters throughout the season. Bates is not expected to reprise her "Coven" role. 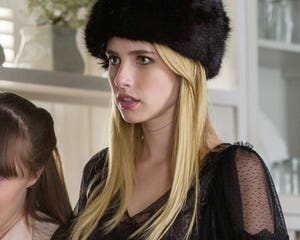 For the premiere, though, it was all new characters in an all new setting that already feels every bit as claustrophobic as some of the show's best seasons. As the bombs drop, the principal cast is whisked away -- either by their wealth or unique genetic makeup -- to a hidden bunker. There they meet Paulson and Bates in perhaps their most deliciously cruel roles yet.

Despite its overall lack of Emmy love, there is a reason "AHS" gets a lot of nominations and remains a hit for FX after all these years. Ryan Murphy's talent roster is just through the roof, with both Paulson and Bates absolutely slaying in their roles for this premiere.

After just one episode, we know everything we need to know about all of the characters that seem to matter, while having absolutely no idea where this is going or how it will connect to "Murder House" or "Coven." While it's disappointing to not at least get a glimmer of that connection, it's a testament to the franchise that they can still lure viewers in so effectively after a single episode.

And fans couldn't get enough, chattering about the show through its premiere and deep into the night, and whether they were drooling over Peters or comparing Bates to a memorable Netflix character, they were definitely heavily engaged. Check out some of their takes below: 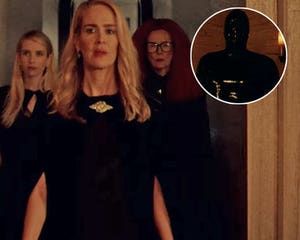 Everyone was loving Bates' fierce new style in "Apocalypse," but they couldn't help but notice that she bore a striking resemblance to Carrie Black's Big Boo from Netflix's "Orange Is the New Black." When Paulson's Ms. Venable and Bates' Miriam Mead shared a scene that was certianly built like it was going somewhere sensually charged, that comparison only grew stronger.

But while the women bonded, it was over the joy they shared in tormenting the survivors under their charge. It was an interesting twist in a premiere that seemed overly cruel but carried itself like this was the best way to be. Now we know that Venable is just a sadist, with Miriam her not-nearly-reluctant-enough aide.

I'm confused. Is this Kathy Bates on AHS: Apocalypse or is it Lea DeLaria (Big Boo from OITNB)?
Roommate and i can't figure it out. #AHSApocalypse pic.twitter.com/DSGTm8IBF7

Kathy Bates is looking like Big Boo from Orange Is The New Black #AHSApocalpyse pic.twitter.com/1657UanA48

Was I the only one that thought Kathy Bates and Sarah Paulson were about to get lesbian in the bunker #AHSApocalpyse pic.twitter.com/mpyG34fk6B

Tell me Kathy Bates and Sarah Paulson are about to get it on #AHSApocalpyse pic.twitter.com/xOZC15lGMs 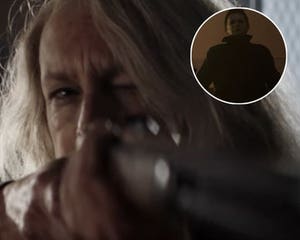 Evan Peters in the Buff

Of course, it wouldn't be a season of "AHS" without Evan Peters in the buff, and Murphy wasted no time in giving the fans what they want. As part of their sadistic torture of their charges, Venable and Mead periodically fake contamination on their charges so they could torture them with a vicious scrubbing.

This, of course, required Peters' Mr. Gallant and another poor schlub named Stu to strip down and the cameras were there to caress their every butt cheeks. At this point, fans have come to expect these moments, but based on the Twitter reaction, it didn't diminish their enthusiasm anymore for what they saw... at least until Bates' pulled the trigger on poor Stu for no reason, as she'd faked the contamination results. Must not have looked as good sans clothing.

There were no arguments online. In fact, for some fans, it was just enough that he was there.

Me when Evan peters had to get scrubbed down #AHSApocalpyse pic.twitter.com/B89jhXWa6j

First episode and we get Evan Peters' ass?????? #AHSApocalpyse pic.twitter.com/OfCyV5BvJ0 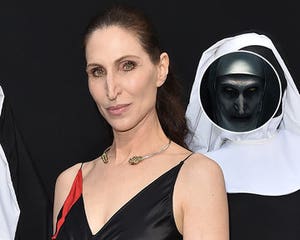 While we haven't seen her other two more well-known roles, Twitter was totally cool with seeing this new sinister side of Ryan Murphy's favorite muse. It's not "AHS" without Paulson, and seeing her break bad was everything to so many of her fans on Twitter. And when she broke bad, she broke really bad, but what a fierce character Ms. Venable proved to be.

We're not sure if Venable is in the season for the long haul, but the arrival of Michael Langdon -- Tate Langdon's (Peters) Antichrist son from "Murder House" -- from The Cooperative may prove her biggest challenge yet. Presumably, he won't be as easy to kill as poor Stu, and he seems clearly determined to get in the way of her fun. Probably has some of his own, considering the apocalypse is kind of his jam.

Or maybe he'll love what they've done with the place. We mean, they killed Stu so they could feed Stu stew to the remaining survivors. Did they need to do that? Of course not, it was just to pass the time. Kind of makes you wonder what happened in the missing 18 months, considering no one else died. How ever did they fill those boring hours?

SARAH PAULSON PLAYING A MF VILLAIN FOR THE FIRST TIME YES WE ARE HERE FOR IT #AHSApocalypse pic.twitter.com/nCVxlG2uOV

#AHSApocalpyse SARAH PAULSON NOT PLAYING WITH YALL HOES THIS SEASON MY WIG pic.twitter.com/P9Me5CBlEz

Sarah Paulson walking around that house like... #AHS pic.twitter.com/KlZCg1J1Uz

sarah paulson as venable could slap me in the face and i would say thank you pic.twitter.com/agjbt1yGia

This was me when Sarah Paulson came out pic.twitter.com/Ni1MQkUrwm 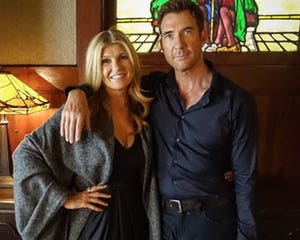 While most everyone was horrified to find out that the stew was in fact Stu, Joan Collins was here for it. Portraying Gallant's posh grandmother, she channeled every bit of her "Dynasty" days in a tour de force performance that was bitterly hilarious.

It doesn't matter what lines you feed her -- or what meat -- but Joan Collins is a national treasure, and Twitter was here for it. And don't think they didn't catch that "Dynasty" nod. She's not in the main cast, so we're already counting down and preparing for when we're outraged after she gets killed in some horrific way.

I like to imagine that Joan Collins wasn't even given a script and everything she says is just her. #AHSApolcalypse

Ryan Murphy will find SOME way for Joan Collins to slap the shit out of someone and I am here for it! #AHSApocalpyse pic.twitter.com/6huB4wRLZq

Joan Collins is just eating a human like. #AHSApocalpyse pic.twitter.com/GvqRihOCGW

People are going to die 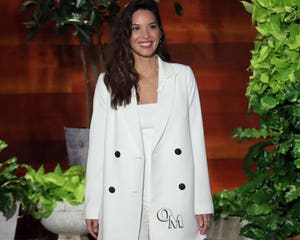 But while the response was mostly positive, fans are already impatient for the crossovers to kick in. We loved seeing Peters and Paulson in new roles, but we're also aching to see them return to some of the roles that made us first fall in love with them in this franchise.

On top of that, they're bringing back basically the entire "Coven" and basically everyone from "Murder House," including Connie Britton and Dylan McCermott (who haven't been back since). In other words, we feel like we've watched the first hour of "Avengers: Infinity War" and ain't no Avengers showed up yet. These folks are cool and all, but we want our damned superheroes, Ryan Murphy!

And to make it sting even worse, there was no preview for next week.

Where my witches at??? Where them murder houses souls at??? #AHSApocalpyse pic.twitter.com/DZ2fYXlQts

IT'S BEEN A WHOLE HOUR, WHERE ARE MY WITCHES! MY MADISON?! LIKE WTFFFF #AHSApocalpyse #AmericanHorrorStory pic.twitter.com/Uw2Uw26o3N

ITS BEEN 45 MINUTES WHERE ARE OUR WITCHES #AmericanHorrorStory #AHSApolcalypse pic.twitter.com/71UEDEmBlv

me trynna figure out how they're gonna tie in murder house and coven based on this episode #AHSApocalypse #AmericanHorrorStory pic.twitter.com/mvL7JHWRsC

so no jessica lange, no taissa farmiga, no lily rabe, no emma roberts? if i dont get this crossover NEXT EPISODE i am RIOTING! #AHSApocalpyse pic.twitter.com/6ccLZFllqx

Ok sooooo
1. WHERE IS THE COVEN
2. WHERE IS MY PREVIEW FOR NEXT WEEK
I am not prepared to wait a whole week for this #AHSApocalpyse pic.twitter.com/Vcj04RBszK

Me looking for Queenie and the other coven girls #AHSApocalpyse pic.twitter.com/apWZpRJSin 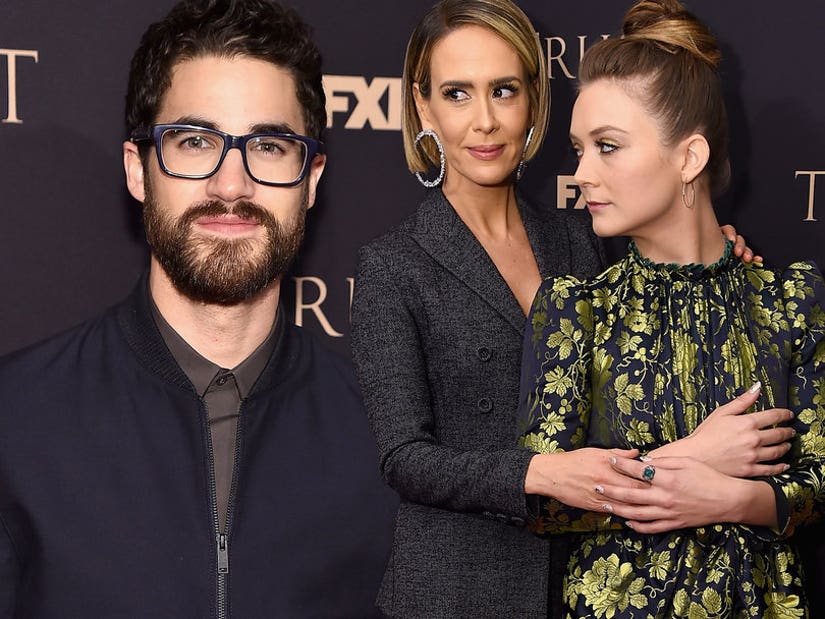