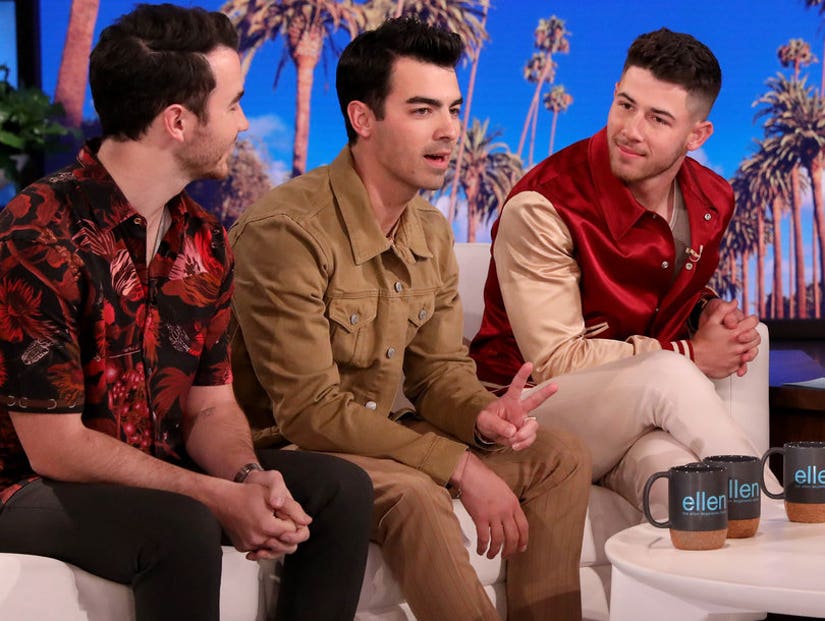 Nick, Joe and Kevin suit up for a ridiculous game of "Say Whaaat?" that somehow ends with the question of whether or not they're all gay?

The Jonas Brothers had already conquered television and music, but they recently took a huge bite out of social media when they took TikTok by storm with their hilarious Kardashians video.

The boys broke down whose idea it was and how it came together during a chat with Ellen DeGeneres, and it looks like there was some contention between them over who got to be Kim in the parody clip. We'll give you two guesses who was involved (and Kevin doesn't count). 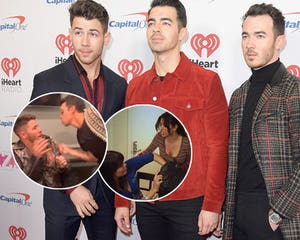 "That was my idea," Joe confessed when asked who originally came up with the idea of blasting the Kardashians as part of their TikTok debut.

"He went on a deep dive on TikTok," Kevin said of Joe. "He's like, Guys, I've got it. He walked in the room and that's what he wanted to do."

Considering everything on the platform, it's certainly a unique choice, but one that offered a lot more opportunity for fun for the musicians than simply mimicking someone else's song or even jumping into one of the dance challenges.

This put them way out of what their fans have grown used to seeing from them, and it's just savvy to link yourselves with the first family of reality television -- and social media gurus in their own rights -- the Kardashians.

"Naturally, I was supposed to be Kim," Joe said, though Nick quickly countered, "I don't know why you got to be Kim."

It just made sense to Joe, but clearly Nick wanted to take on more of a lead role. Could this be what tears up the band the second time? 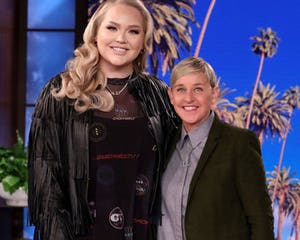 Ironically, a bit later when Ellen challenged them to stage a fight that the Kardashians could lip sync for a response TikTok, Nick chose this same hill to die on.

"Why do you always get to be Kim?" he shouted at Joe. Joe's pithy response? He splashed some water on his brother's face.

"That's it?" Ellen asked. But it was enough. Will Kim and her sisters take the bait? Will they fight over who gets to be Nick?

While Ellen may have been disappointed in their faux fight, she should be way more excited by what the boys have up their sleeves for this Sunday's Grammys telecast (Ellen is also nominated and will be in attendance).

"We have a very special performance lined up. We don't want to give anything away, but we're playing the new song that just came out and then we're doing something else which I don't think anyone's going to expect," Nick said, adding playfully. "A tease." 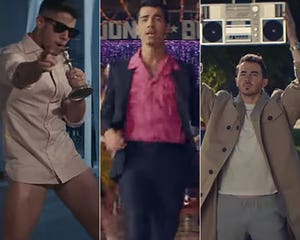 "With the Kardashians," Joe joked, pretending to blow the surprise. He quickly clarified, though, "They haven't called us back but we're hoping it'll work itself out."

Finally, Ellen convinced the brothers to don ridiculous ears and hats for a game of "Say Whaaat?" which is just a glorified version of the children's game telephone where you whisper a sentence or phrase in one ear and down the line to see how much it's changed by the end.

With noise-cancelling headphones, Ellen takes it to the next level so you only have lip-reading to carry you through. "Average Andy" Lassner joined them for this game that somehow wound up with a question of whether the boys are gay or not.

Check out the video below to see how they got there and who was the absolute worst at reading lips: 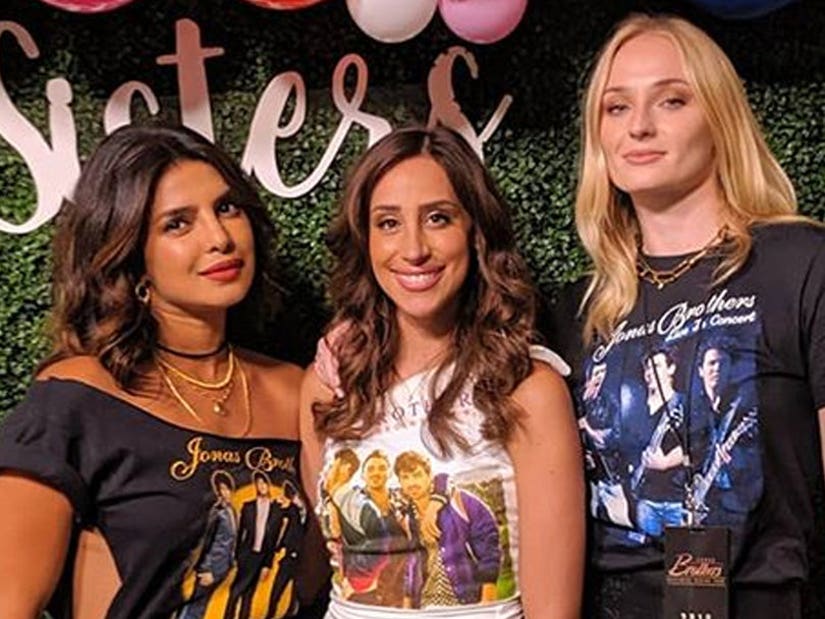