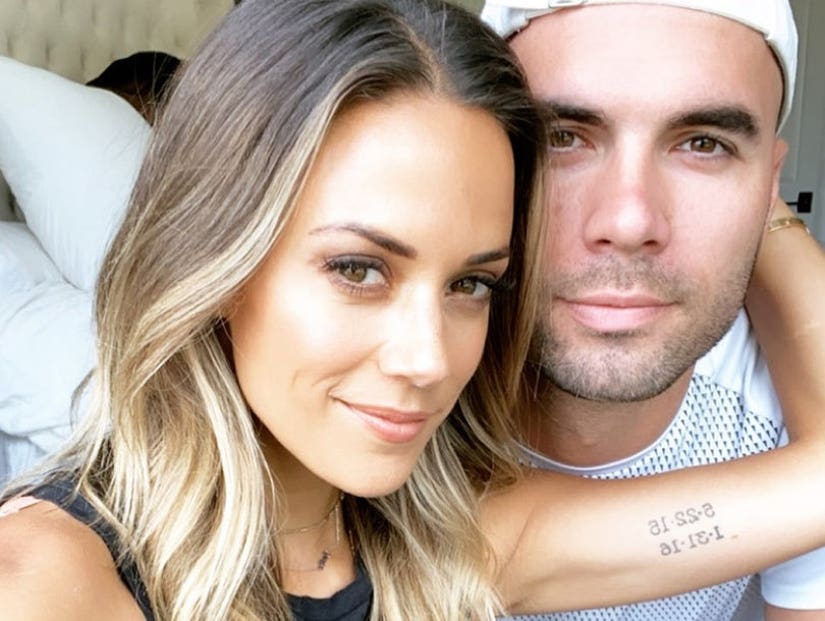 "I've had a hard time respecting you at times because of the constant betrayals."

The marital issues keep coming between Jana Kramer and husband Mike Caussin, as the two revealed in a new episode of their podcast why he's been MIA recently and explained her reasoning for deleting some of his photos from her Instagram page.

While they didn't get into specifics of what went down, Kramer said that this is "the longest we've been at odds" throughout their marriage, which has already weathered a cheating scandal, a "sex addiction relapse" and a sexting scandal earlier last year.

As for what went down, long story short, Mike did something where "a boundary" in their marriage had been "broken," and it was "harmful" to Kramer when she discovered what he'd been hiding from her. Though details were scant, Kramer reiterated that her husband "didn't physically cheat on me." 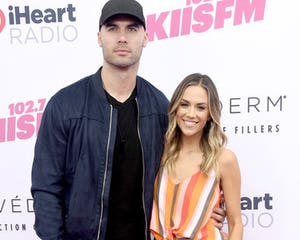 "We should address the elephant in the room. I don't want the listeners to think I kicked you off the podcast," Kramer said at the top of Monday's Whine Down, after he had missed a previous taping. "That's not the case at all."

"The fact of the matter is, we are still two people with real life problems and we still reserve our right to privacy to a certain extent and it's our choice to come out and share this with you," said Caussin, who explained they aren't ready to reveal everything that happened after seeing some of the headlines to come out after their sexting scandal.

"We learned that we can't share open wounds, they have to be scars and it has to be something we process first together," he said, following that very raw podcast. "I did individual intensive over a long weekend and did a lot of work on myself. Jana and I are in the midst of doing a couple's intensive right now and doing work with each other. It's something we're going to dive into at a later time."

Jana also promised they would share the specifics down the line. "He didn't physically cheat on me. Yes, he might have broken a boundary, ... I'm still hurt, but still trying to defend him at the same time," she continued. "We want to share, but then we get afraid of what they're going to misread. What you know is the last ... year and a half since the one relapse that was a potential, you came out with that, that you almost acted on it. That was a relapse, but you didn't act on it. Since then, you've come to realize that you haven't been truly working your program." 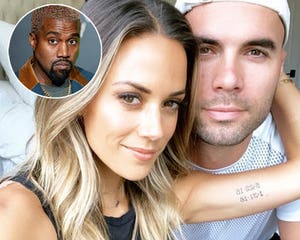 Caussin said this latest incident made him realize he really hadn't changed much in his life since he started recovery and he has a lot more work to do going forward.

"Even if I'm not relapsing or acting out or stepping outside of my marriage, if I'm still breaking boundaries or not being completely honest with things, how is that sober?" he asked. "How is that life changing? How is that living with integrity? It's not."

"The reality is there was a boundary that was broken, that was harmful for me because it was a discovery, but again it wasn't a physical acting out so that's why I'm very careful," Jana added. "I do want to protect you as well because I don't want people to think it was a physical relapse, but it was such a big discovery with a boundary that was harmful to me and our relationship."

With that, Caussin said he had been trying to justify his actions and, seemingly, kept them from Jana after convincing himself everything was okay. While he said he wasn't "physically looking at anything inappropriate," what he was doing was "still triggering" to his wife "in ways I didn't realize."

"I've always said, it's not about the act, it's about the lie, the discovery," added Jana, "Bottom line, was a boundary broken? Yes. Was it harmful for me? Yes. Was it out of marriage, did he relapse? No." That being said, Caussin said he "reset my time" when it comes to his sobriety because "I would have felt like I was still justifying if I didn't" as he was "doing things" he knows he "shouldn't be doing." 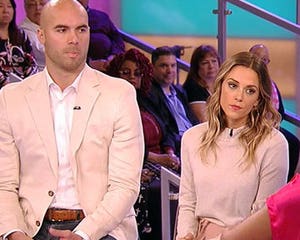 They both said they feel like they're in a "good space" now, but Krama still got choked up and could be heard sniffling after Caussin asked if she was okay.

"It's just a really heavy moment. The heaviness isn't [deep breath] it's a heaviness, but it's a gratefulness that we can still be here conversating [sic]," she continued. "It's also that fear too, that's been the hardest part of this month. We've both individually done a lot of work and we were in our intensive from 9AM-5PM today. It's a lot of work ... I think I've always been afraid to use this word but I do feel hopeful for the tools we've been learning."

"It's also very scary," she said, before adding she's had to take "some ownership" in their problems. "I've read back on comments about this like, 'You don't seem like you respect your husband and you talk down to him.' There's ownership I can take in that because I've had a hard time respecting you at times because of the constant betrayals," she explained. "It's so hard, because I want to take accountability for it ... it's easier to shell up and be nasty."

"I'm looking right now for empathy in this moment right now. Because of the constant lies, can you see how it might be hard to lean into you and to trust your word?" she then asked.

He made it clear he saw her side of it and said he couldn't "imagine how hard it is to lean into somebody who's hurt you so much." Caussin then added, "I'll never know exactly how that feels, because you haven't done that to me ... I'm devastated by that and I'm really sorry I've made it so difficult, because I see you trying." 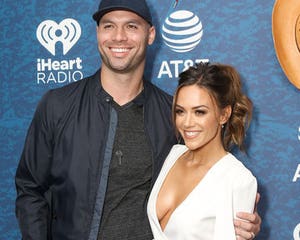 Kramer then explained how she sometimes begins to "feel insane" because she keeps finding herself in the same or similar situation with him, over and over again. "When the betrayal and the lies and the discoveries keep happening, it becomes insanity in my world and I start to feel insane ... it's insanity repeating itself," she said, while speaking to other women in the same boat. "You say you're going to be this other man, but you're not doing it and it makes us feel crazy."

"It tailspins us and then I start taking off pictures on Instagram," she said with a laugh. "It becomes so out of control. You know me and I'm already at my limit with discoveries and lies, I hit it and I pressed the button, this is where I'm now unraveling. Now, I'm harmed again and it's shame on me."

The two said that going forward they now have "very clear boundaries," where Caussin knows exactly what is "harmful" to his other half. "There's something on that harmful list that doesn't involve him acting out with another female," she added, "If I find a discovery that involves a lie, that is harmful for me. I physically cannot hold that anymore. This has been the longest we've been at odds and you saw, 'Wow, this is what happens to you when you discover X, Y and Z.'"

"I wish we didn't have to go through so much. I do choose you, I do love you, I do respect you and I truly feel those things, but I know my actions haven't always shown it," said Mike. "And you haven't always felt it because of those actions."

They closed the podcast by saying they're only sharing so much in the hopes to help others. "We're learning and we'll still make mistakes, but I pray to God there's no more harm," said Jana. "We'll see you next week," Mike then added, as she joked, "Will you?" 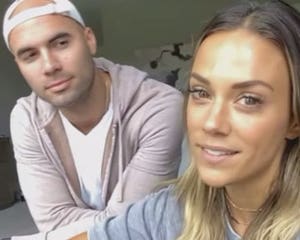