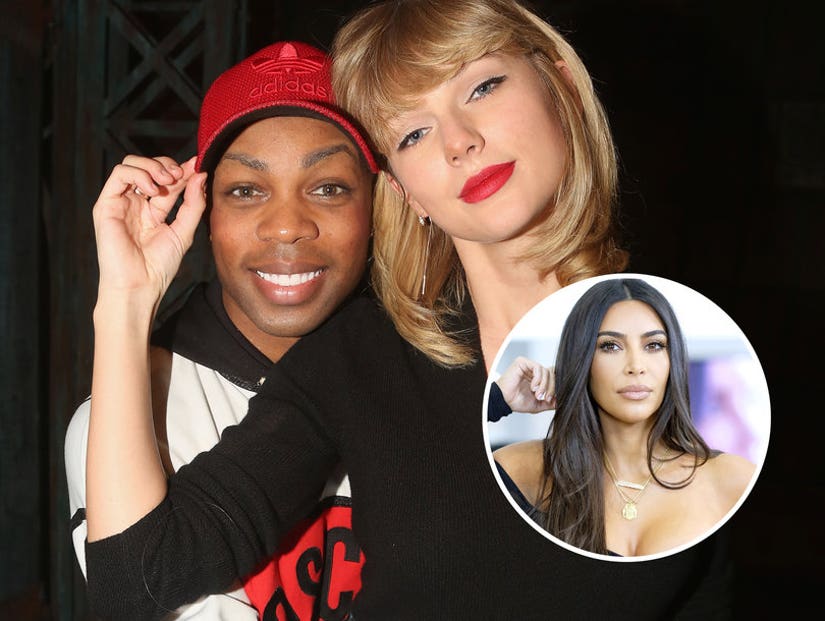 Hall had A LOT of thoughts about the ongoing feud, before deleting everything and apologizing for venting.

As the back-and-forth beef between Taylor Swift and both Kanye West and Kim Kardashian heads into its 11th year, one of the singer's most vocal supporters just took another stand against the reality star and her husband.

Singer, choreographer and Taylor BFF Todrick Hall went off on Kardashian on Instagram Tuesday morning, calling her out for her statement about Swift last night. In his messages, he addressed all of Kim's posts one by one, slamming Kardashian, West all while defending his good friend. 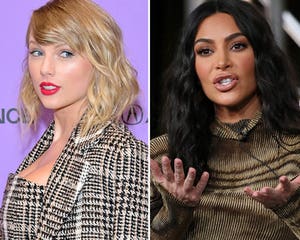 "I CANNOT STAND THIS WOMAN! Kim Kardashian posted these on her story, and clearly is still missing the point," he began, before listing everything he thought was wrong in her posts.

"1. Taylor didn't reignite anything, Kris probably leaked this footage her damn self," he wrote. "2. After your Ray J video and publicly documenting every crevice of your vagina ... I HIGHLY doubt that you're embarrassed NOW to respond to this."

He then told her to "just apologize, you self absorbed entitled, stubborn little queef."

Saying Swift was "CLEARLY uncomfortable" during her call with West, Hall said that "if they had time to shadily record all this footage, they had time [to] shoot over an email with the finished product for approval once the song was done #standard." Remember, according to Taylor her biggest beef was that Kanye referred to her as a "bitch" in his song "Famous," a lyric she said she never signed off on or knew about.

Hall also criticized West for using Swift's nude likeness in the accompanying music video for the song, saying that Kanye should "show those cakes ... if you're going to force the women in your video to be naked. Double standard and just SHADY BOOTS DOT COM!" 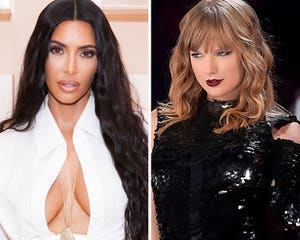 Hall went on to call Kanye a clout chaser for using "other celebs with more fans and relevancy to help promote his album," and said it was easy for Kim to "brush this off" because she wasn't "the one who lost sleep over this and had people sending her snake eomjis for YEARS. This was online bullying at the HIGHEST LEVEL & she has faces zero consequences."

He further said Kim wasn't setting a good example for her kids or fans, before sharing what he thinks Kardashian should have said to Swift to end this feud once and for all. "Would it be SOOO difficult for her to just say 'I'm sorry Taylor. I didn't think about the fact that we didn't tell you you were being recorded,'" he said. "'We called you out of the blue asking you to promote my husbands music THAT ISN'T YOURS after he's acted like a damn good in front of millions and hasn't publicly apologized. I don't make music and I never thought of how this put an even larger target on your back than there already was and for that I apologize. Hope we can be friends in the future.'"

"Wash your hands everyone, not just for Corona but for filthy dirty shady lying crusty rat-snakes doing shady things out here in these pandemic streets," he added, before apologizing for all his grammatical errors throughout his many posts. Taking issue with Kim saying she "never edited" the call footage, Hall also added, "you did indeed edit the footage miss thing ... kind of a concept you should be very well acquainted & familiar with as you've done it not only to this footage but your butt, your face, your hair, the list goes on."

After posting all of that, he deleted everything and put up a post saying he was "sorry for my venting today." He added, "Plz don't f--k with my friends. No time for drama. Taking a break from social media, and by break I mean I'll be back on in an hour." 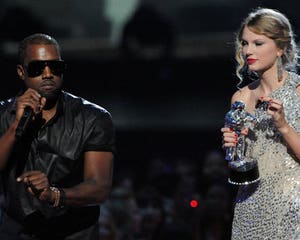 ICYMI, an extended look at the 2016 phone call between Swift and West was posted online over the weekend, appearing to show a different account of what transpired from the videos Kim shared online at the time.

The new video shows Kanye telling her the lyric, "To all my Southside n--gas that know me best/I feel like Taylor might owe me sex" -- and not the "bitch" line. In fact, Taylor tells him she likes the fact that the song is not "mean" and he doesn't call her a "bitch."

On Monday afternoon, Swift referenced the video directly on her Instagram Story, while urging fans to donate to the World Heath Organization and Feeding America.

Kardashian responded with the thread below:

.@taylorswift13 has chosen to reignite an old exchange - that at this point in time feels very self-serving given the suffering millions of real victims are facing right now.

I didn't feel the need to comment a few days ago, and I'm actually really embarrassed and mortified to be doing it right now, but because she continues to speak on it, I feel I'm left without a choice but to respond because she is actually lying.

To be clear, the only issue I ever had around the situation was that Taylor lied through her publicist who stated that “Kanye never called to ask for permission...” They clearly spoke so I let you all see that. Nobody ever denied the word “bitch” was used without her permission.

At the time when they spoke the song had not been fully written yet, but as everyone can see in the video, she manipulated the truth of their actual conversation in her statement when her team said she

“declined and cautioned him about releasing a song with such a strong misogynistic message.”

The lie was never about the word bitch, It was always whether there was a call or not and the tone of the conversation.

I never edited the footage (another lie) - I only posted a few clips on Snapchat to make my point and the full video that recently leaked doesn't change the narrative.

To add, Kanye as an artist has every right to document his musical journey and process, just like she recently did through her documentary.

Kanye has documented the making of all of his albums for his personal archive, however has never released any of it for public consumption & the call between the two of them would have remained private or would have gone in the trash had she not lied & forced me to defend him.

This will be the last time I speak on this because honestly, nobody cares.

Sorry to bore you all with this. I know you are all dealing with more serious and important matters.

Swift's publicist Tree Paine also responded to Kim by re-sharing her original statement on the matter:

I'm Taylor's publicist and this is my UNEDITED original statement. Btw, when you take parts out, that's editing.

P.S. who did you guys piss off to leak that video? 😂😂😂 https://t.co/AtMGUp3t24 pic.twitter.com/EjGDwAdL6O