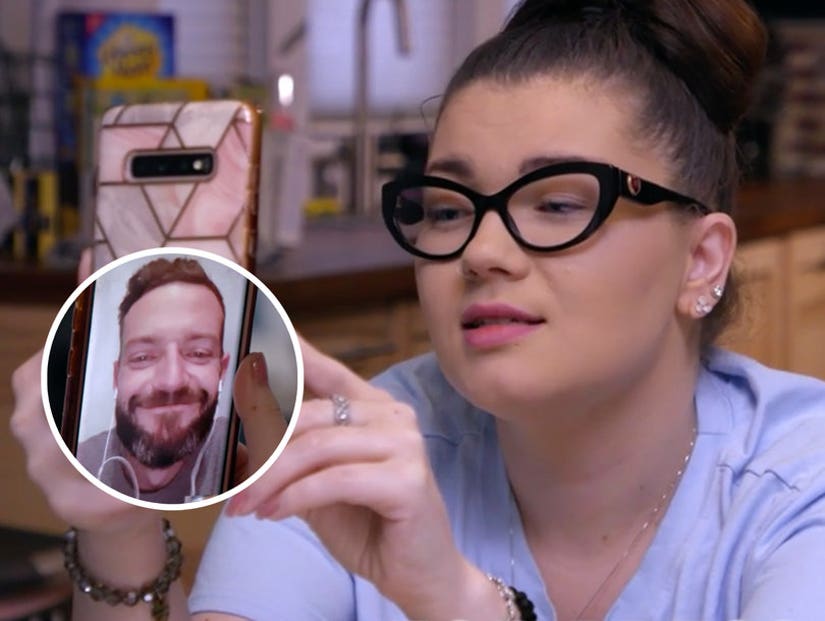 It's on to the next one for Amber Portwood.

With her drama with ex Andrew Glennon still unfolding, a new man has entered Amber Portwood's life and her "Teen Mom OG" storyline.

On Tuesday's new episode, viewers got their first glimpse of Dimitri Garcia, as the reality TV star admitted she had been "talking to somebody" following her volatile split from Glennon.

Calling him a "very nice person," Portwood revealed she met him on Instagram. 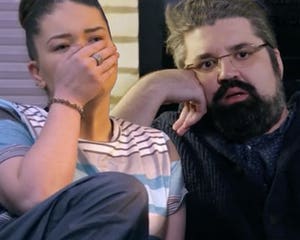 Andrew Glennon Speaks Out on Amber Portwood Attack: 'It's a F--king Horror Show'

"It was super chill compared to what was coming at me. I had other guys trying to talk to me, he was the only one who never brought up dick pics and things like that," she told a show producer. She went on to reveal that he's from Belgium, is 39 (10 years her senior) and "a very handsome man."

She proved it by showing her producer a photo, before saying they decided it was time to meet "since we like each other this much." When asked whether she'd approach this relationship any differently than the ones in her past, she added, "I don't think I can do anything normal. Now it's some Belgium guy who speaks French!"

Viewers saw that language barrier in action a little later in the episode, as she FaceTimed Dimitri from her phone. After a lost in translation comment about her feeling "comfy," he joked Amber was "my new teacher for English."

He then expressed he was "nervous" about meeting her for the first time, saying he was also "scared" about his trip. According to Amber, he's planning on visiting the US for three months. 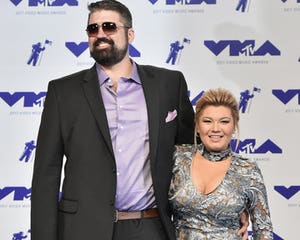 Amber's ex and dad to Leah, Gary Shirley, and his wife Kristina also chimed in on this new development. It was Gary who revealed Dimitri also "has kids," something which brought up more questions for Kristina.

"It's gonna be hard if he's got kids there and Amber has kids here," she said about the logistics of everything. "I think there's a language barrier too." Kristina said Amber promised Leah it would be a "no-go" if he didn't click with her, with Leah saying she wanted her mom to be happy but also hoped she'd "take things slow."

As Portwood moved on with her dating life, her other ex, Andrew, made it clear he had no plan to jump back in to the dating pool anytime soon.

He told producers he had been "getting into the gears of single fatherhood," adding that it's been "tough" for him," especially being away from his previous life in California. 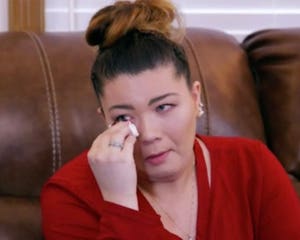 "It's like you're a single dad and super isolated. I literally don't have anybody out here," he explained. "The thought of being in a relationship isn't even on my radar, it's such a turnoff. Everything rests on custody and all that, if I'm allowed to go back to California, see my family, that would be great."

He said taking son James with him back West would "be in my best interest for my future" and for their son's. "I need to get my life back," he added, "I took a chance to come out here and put my family on here to have a family with [Amber]."

Now, he said he's just trying to "re-patch the pieces of my life." 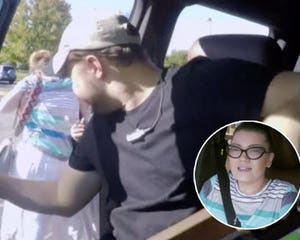