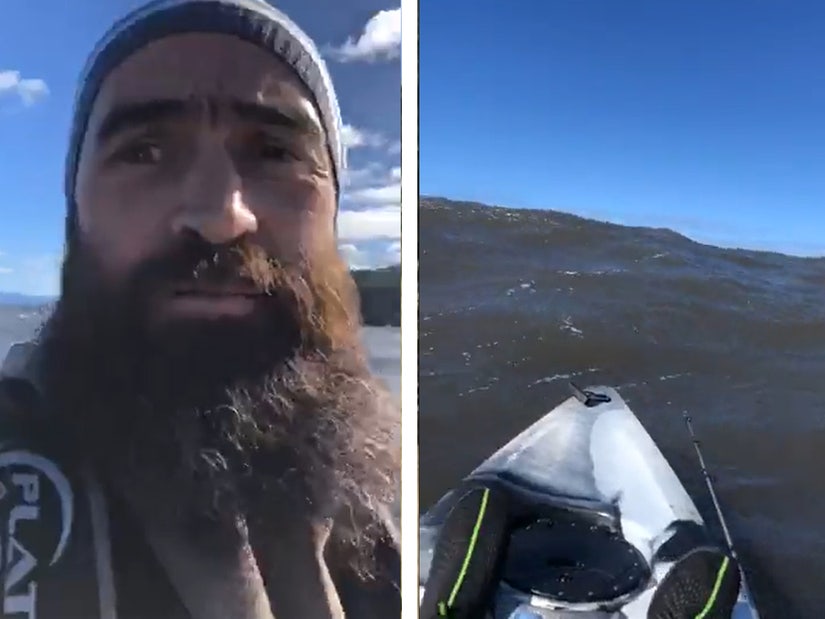 "I'm so sorry my friend I should have called Marine Rescue when I saw you struggle long with the waves," one friend wrote.

A New Zealand kayaker has drowned after sharing his final moments on Facebook Live.

The body of Jeremy Peter Worthy washed up on a New South Wales beach on Sunday, just hours after he recorded his final video battling against large swells.

The 43-year-old's tragic final day is documented on his Facebook page, as he set out with his fishing rod and a cooler box to catch dinner for himself.

"Stay safe looks calm," one family member posted on a pic of his readied kayak on the beach, to which he replied: "Looks calm. Not calm though. Pretty windy. And big swell..."

Nevertheless he launched, posting further good-natured updates about how his rod and cooler were making it a little awkward to row.

When a friend warned stormy weather further up the coast was toppling trees, he replied: "shit I better get out of here before it comes down here then hey."

"Yeah I wouldn't be wondering too far from shore mate," she advised.

Minutes later he posted a Facebook live video, showing swells of increasing size and wind picking up speed — while he only wore a light life vest.

Despite having a working phone, he never called marine rescue for help – admitting in the video it would be too embarrassing.

Just 30 minutes later, he posted a pin drop of his location in the bay — his penultimate post.

"I'm pretty sure this was his last call for help," one friend commented. "I'm so sorry my friend I should have called Marine Rescue when I saw you struggle long with the waves I thought you could deal with it I feel so guilty for not seeing the reality of your situation."

Indeed Jeremy's final four-minute video shows him struggling to keep the kayak straight as the swells grow ever bigger. 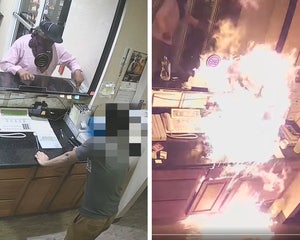 His dilemma begins to set in as he realizes, exhausted, that he cannot go back the way he came; but attempting to continue to his destination means turning his back on the growing waves — and likely capsizing.

"To go the way I wanna go, I gotta turn my back on this," he says, pointing the camera at the heaving sea.

"And if I turn my back on this, and a big mother wave comes, especially with that big bloody esky there..." now panning to the heavy cooler on the rear of his kayak.

"Go back where I came... that's too far, too crazy..." he ponders, looking at the now-distant shoreline. "Keep going? Or stay here? And get caught..."

As he weighed up his options, his haunting final words were to jokingly blame one of his friends for challenging him to go out.

"Pauly, I'm blaming you for daring me to come out here," he says. "Paul this is on you mate."

The video concludes with him marveling how calm the sea is during a brief lull, before he finally makes a decision: "Right I'm out of here."

Just nine minutes after his final video was posted, a member of the public called police after finding an empty kayak washed up on the beach.

"Officers from South Coast Police District attended and located a body in the water," NSW Police reported in a statement.

"An officer retrieved the body, before providing CPR until paramedics arrived. Despite best efforts, the man died at the scene."

"I can't stop watching this video," one friend wrote in the comments. "aw jeremy I wish I had of seen this n called marine rescue as not long after you drowned R.I.P." 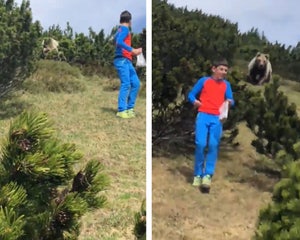