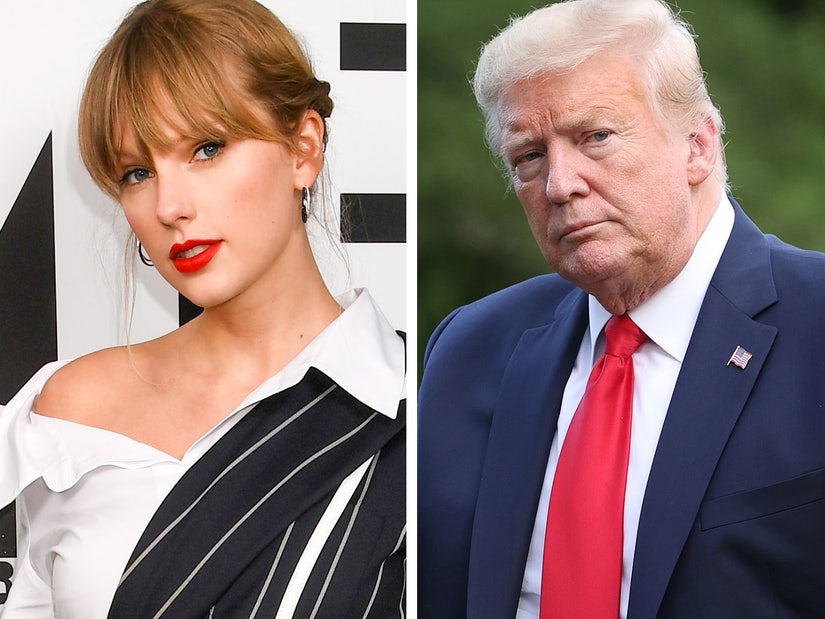 Taylor took aim at Trump after his comments about looters in Minneapolis.

On Friday, the "Lover" singer made her feelings about POTUS very public -- with a tweet reading, "After stoking the fires of white supremacy and racism your entire presidency, you have the nerve to feign moral superiority before threatening violence?"

After referring to his tweet reading, "When the looting starts the shooting starts," she added, "We will vote you out in November." She also made sure to tag him in her tweet.

Her message comes after Trump fired off two tweets about the protests in Minneapolis, Minnesota following the death of George Floyd, who was killed after a police officer was filmed kneeling on his neck for several minutes during an arrest for a suspected forgery. The officer, Derek Chauvin, has been arrested and charged with 3rd-degree murder.

"I can't stand back & watch this happen to a great American City, Minneapolis," he posted Thursday night. "A total lack of leadership. Either the very weak Radical Left Mayor, Jacob Frey, get his act together and bring the City under control, or I will send in the National Guard & get the job done right."

In a tweet later flagged by Twitter for "glorifying" violence, he added, "These THUGS are dishonoring the memory of George Floyd, and I won't let that happen. Just spoke to Governor Tim Walz and told him that the Military is with him all the way. Any difficulty and we will assume control but, when the looting starts, the shooting starts. Thank you!"

Swift got a lot of pushback in 2016 when she didn't show support for either candidate during the election, instead simply urging her fans to vote.

In a 2019 Vogue cover story, Swift explained why she took so long to speak out against Trump.

"Unfortunately in the 2016 election you had a political opponent who was weaponizing the idea of the celebrity endorsement," Swift said. "He was going around saying, 'I'm a man of the people. I'm for you. I care about you.' I just knew. I knew I wasn't going to help."

"Also, you know, the summer before that election, all people were saying was: 'She's calculated. She's manipulative. She's not what she seems. She's a snake. She's a liar' These are the same exact insults people were hurling at Hillary," she said. "Would I be an endorsement or would I be a liability? 'Look, snakes of a feather flock together. Look, the two lying women. The two nasty women.' Literally millions of people were telling me to disappear. So I disappeared. In many senses."