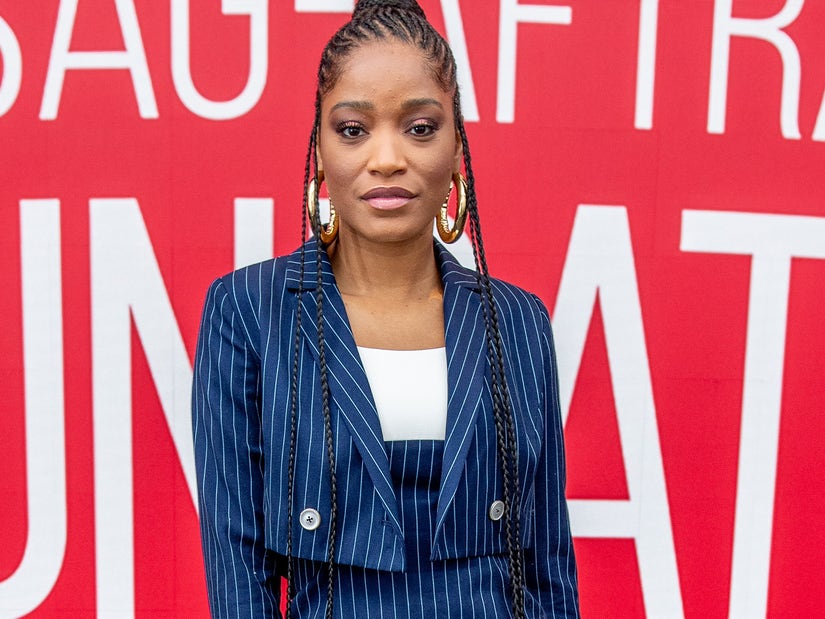 "I hate the narrative that if you speak your mind as a Black person that you will in some way be punished," she wrote.

Fans started circulating a meme shortly after Keke Palmer's ABC morning show was given the axe creating an association between it and her Black Lives Matter activism and she is not here for that!

After admitting that she initially chose to simply ignore the memes, Palmer thought about it, took another look at it and realized that it was "a dangerous message" to actually ignore and let sit out there unanswered.

The viral meme statement reads: "Ain't it weird how Keke Palmer was seen protesting and preaching to the police about Racism in our country then ABC decides to cancel her show?"

It's a classic case of "fake news." One event following another event does not create causation.

Ultimately, Palmer opted to put the memes to rest because, as she put it, "I hate the narrative that if you speak your mind as a black person that you will in some way be punished."

The actress posted a lengthy statement to her Instagram alongside the meme's test and a split picture of her viral moment pleading passionately with police to walk with Black Lives Matter protesters on the streets and a publicity still of her, showcasing these two sides of her life.

"In this climate I realized this is a dangerous message to send to our generation and the generation coming up," she captioned the image. In fact, she argued, "If anything my speaking out showed the corporations I work with how important my voice is and anyone that has a POV." 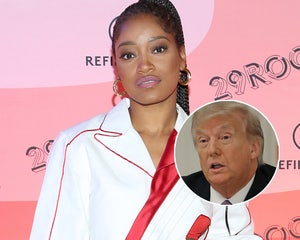 Palmer then broke down how her contract on "Strahan, Sarah and Keke" worked ... or didn't. "This business is dynamic and instead of thinking of me as a ‘series regular’ see me see me as a brand that works with the corporation Disney/ABC News and this particular show I was on is no longer," she said.

This suggests that her contract is with the studio and network, meaning she is likely still under that contract and, thus, available for work on other projects, series or specials.

It was important for Palmer to set the record straight because she doesn't want people to internalize the notion that speaking out for what you believe in will cost them their jobs.

"I'm sure it can and has before, but let’s also recognize when it has not," she wrote. "That way more of us with our own minds speak out against any injustices we see."

Taking some credit for aligning herself with people who share her passion for convictions, Palmer concluded her thoughts, "Trust me, walking in my truth has always made my blessings OVERFLOW and connect to those that are like minded and not with those that are not. Do not believe this lie."

Page Six was first to report that ABC had canceled the morning show on July 2, but it had effectively been pre-empted for months before that. Back in March, as the COVID-19 pandemic was first breaking out, ABC replaced the show with its live "Pandemic: What You Need to Know." 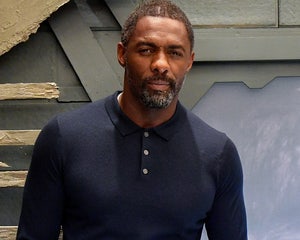 As Black Lives Matter emerged as another huge moment, the title shifted to "GMA3: What You Need to Know," and it is this format that the network ultimately opted to stand with amid ongoing unrest and uncertainty.

"It’s unfortunate, but the hope is that they’ll be a big part of [GMA 3] down the road," a source told Page Six earlier this month. "Everyone was feeling good about their show. It was nominated for three Daytime Emmys. It finally found its rhythm. Ratings were stabilized and were starting to tick up when they went off-air."

In other words, life got in the way and the needs of serving the public during unprecedented times. And with Palmer's statement that her contract is more a tie to Disney/ABC than just one show, we can be confident she'll show up again somewhere.