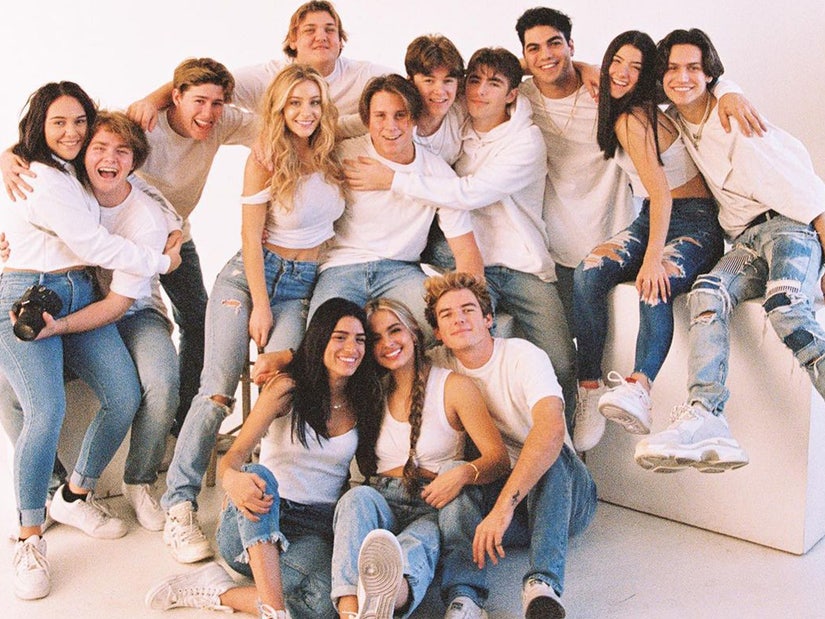 From their living rooms to Los Angeles, these TikTok stars took over in 2020!

If you're not a member of Gen Z, there's a good chance TikTok wasn't on your radar before 2020. In a year that saw a global pandemic and everyone spending a lot more time at home, the short-form video app experienced unprecedented growth. And in 2021, it's expected to cross the 1 billion monthly users mark.

With the app's ever increasing popularity, its users became stars in their own right too. Over the past 12 months, TikTok's top creators like Charli D'Amelio, Addison Rae and Bryce Hall have skyrocketed to fame and invaded the influencer landscape, landing sponsorship deals, podcasts, movie roles, and most recently, reality shows.

In the span of just a year and a half, 16-year-old Charli went from Connecticut high school student to a household name. After being urged to join TikTok by friends who wanted Charli to teach them trending dances in the summer of 2019, things almost immediately took off. Her first viral video, a duet in response to a choreography challenge, was posted in July and by November Charli had already passed five million followers.

In one of her earliest interviews, Charli expressed that she was just as confused about her rise to TikTok fame as everyone else, an outlook she maintains to this day. "I wish I could give everyone an explanation as to what happened, but I have no idea… I'm just doing what I do every day and posting it, I guess. It's very insane to me, as it is for everyone else watching," Charli told MEL Magazine.

Despite any questions about her success, by December of 2019, Charli, along with her parents and older sister Dixie, who had amassed her own following, relocated to LA. The following month, Charli hit the 1 billion view mark on the app and the sister duo took a big step in becoming further ingrained in TikTok culture by joining the Hype House.

The Los Angeles based creator collab space, an established tradition in the influencer community, was the first of its kind for TikTok stars. Founded as the brainchild of Thomas Petrou and Chase Hudson, who would later go on to make headlines about his relationship with Charli, the Hype House instantly became the place to be for TikTok's top creators. With Charli and Dixie involved, stars on the rise like Addison Rae signed on to be a part of the collaboration. 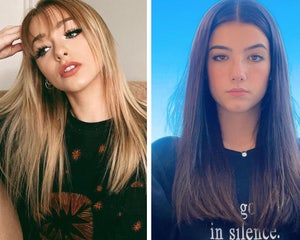 Prior to joining the Hype House, Addison had also experienced her own exponential growth in follower count. As a talented dancer, Addison shared her first video a few months before she was set to begin studying at Louisiana State University. By orientation week in the fall of 2019, she was already getting recognized on campus. It didn't take her long to make the decision to move to LA and, like the D'Amelio's, she brought her entire family along for the ride.

In the months following Addison and Charli's move to LA, their popularity increased at breakneck speed. It was hard for even them to keep up with all the opportunities that were being sent their way -- from Super Bowl commercials, to television appearances, to movie voice overs.

Reflecting on her experience with early TikTok fame, Charli admitted that she didn't know how to handle all of her obligations. "I was struggling because there were so many things I had to do and I didn't have a really well put together schedule back then. I felt like everyone was yelling at me to get stuff done and I was like, 'I don’t know how to do it all!'" Charli candidly told fellow social media star James Charles in a YouTube video.

Around the same time, Addison began expanding her circle outside of just other TikTok creators. The 20-year-old clicked with Kourtney Kardashian, after meeting the reality star through their mutual friend, YouTuber David Dobrik. The initial introduction came as part of a surprise for Kourtney's son Mason, who happened to be a big fan of Addison. A few TikTok videos later, Addison and Kourtney were inseparable, spending time by the pool, working out and taking trips to New York City. 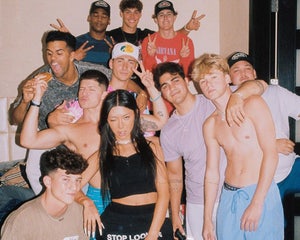 Meanwhile, Charli and Dixie were locking in deals with Hollister, Mophe, Orosa and Dunkin Donuts and had taken a step back from their affiliation with the Hype House. Charli had also accomplished one of her biggest goals in life -- to dance with Jennifer Lopez. She was even later invited to be a part of one of her music videos. The sisters went on to launch their own podcast and Dixie later dropped her first single "Be Happy," which has already racked up over 60 million streams.

Addison wasn't short on business opportunities either and by the end of the summer, she had established her own makeup company, unveiled a podcast with her mom and been cast in a gender-swapped reimagining of "She's All That." Of course she brought along BFF Kourtney, who also landed a role in the film.

By the end of the year, Charli had become the first person to hit 100 million followers on TikTok and her family inked a deal with Hulu for their own reality show. She also grabbed a coveted spot on the Forbes 30 Under 30 list, honoring those who are "changing what entertains us - and how we communicate." This year, the list was populated with an array of TikTok stars, including Addison and Dixie, making one thing absolutely clear - 2020 was the year of TikTok.

And while the app may have taken over the past year of our lives, providing entertainment and escape during an otherwise difficult time, it's obvious that TikTok, and its stars, are not ready to slow down. With all that's on slate for 2021, it's clear that TikTok is here to stay. 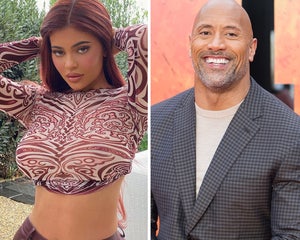