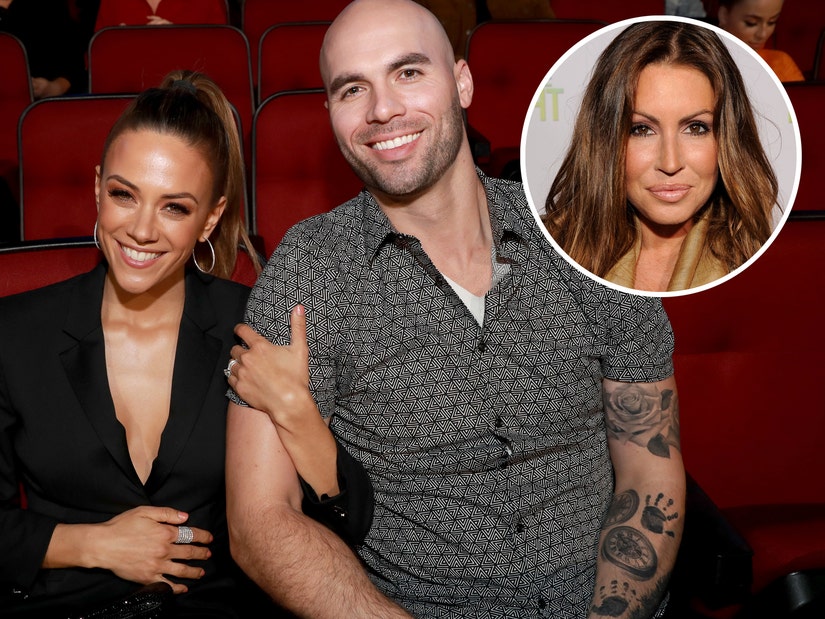 Kramer opened up about her conversations with some of husband Mike Caussin's mistresses, before talking to Tiger's.

Jana Kramer and Mike Caussin had to re-open some old wounds on the most recent episode of their "Whine Down" podcast as the couple -- who have been very open about Mike's cheating -- interviewed the woman at the center of Tiger Woods' cheating scandal, Rachel Uchitel.

Before Uchitel joined the show, Kramer and Caussin first talked for a bit about why the interview was going to "suck" and be "triggering" for the pair -- and detailed some of Kramer's conversations with the women Mike cheated with. 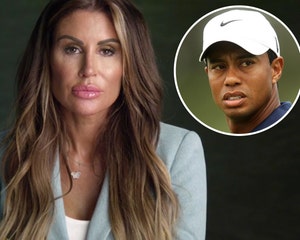 "It sucks for you, it sucks for me," said Kramer. "I had a conversation with one of your affair girls and I asked, 'Did you even think about me? After you found out who I was, I was pregnant, I was married?' That's my issue with girls like Rachel, do you not think of me, the wife?"

Though she said she knows it takes two to tango and both parties are "equally" at fault, Kramer has always felt there should be some solidarity among women. Was angered her was the lack of empathy she felt from at least one of the women Mike slept with.

"I remember getting upset with you, but when I talked to your one affair, that's what I couldn't understand," she continued. "I'm just like, I wanted her to say that she did think of me, that she did feel sorry. I don't know if there's the empathy there. I remember leaving that conversation and hating how that conversation went. She represents all the women that I was like, that I hate, that's I've had to work past."

While Kramer said one girl was "so sorry" for her part in Mike's affair, another "didn't seem apologetic" at all. "It really, really, really upset me. I wanted to feel her apology. She didn't cry. She was like, 'I knew you were pregnant, but it wasn't anything,'" she added. "Just say you're sorry, show some empathy or something."

Kramer was then asked for her feelings on Uchitel, moments before Rachel joined the show.

"I hate her, honestly. That's a really mean thing to say. I don't know her. She's the face of someone else I hate. That's where I feel bad. I don't know her story," she said. "I know she lost someone on 9/11 and that's terrible and I can't imagine how that's affected her. She's the face of someone I don't like. It's going to be hard for me to take the picture of who I'm picturing and just see her."

Rachel then joined the show, saying she was most excited to do an interview with them and talk about her journey with love addiction, as it's something they've talked about at length on their show as well. When Jana said she wondered whether women like Rachel ever think about the wife, Uchitel -- who didn't hear the beginning of the podcast -- asked what Kramer thought of women like her in general.

"This is where I feel really bad, I think my direct quote was 'I hate her' but I don't hate you. I hate his affair girls," Jana explained. "But I label everybody that's cheated on someone that girl. Hearing your story, I get it, I'm a love addict, I can understand those things. I think I just have so much hate for his affair girls, that first thought of it is, 'Ugh.'"

"I'm sorry, it's rude to say that I hate someone that I don't even know. People say that about us and that's really rude," she continued. "I want to apologize because I should never have said ... I don't know you. And I don't know your story. Now I'm learning your story, but I want to apologize because that's not fair of me to label you for the face of someone else."

Beginning to choke back tears, Kramer apologized again for passing judgment before knowing Uchitel's story. "I'm sure you've gotten that judgment from a lot of people," she added.

Uchitel explained that that's why she decided to speak out for the first time on camera about the Tiger Woods affair and backlash she received in the decade since on HBO's new doc, "Tiger." She also said Kramer was justified in her initial disdain.

"But you have to realize I didn't do it to you," she then told Kramer. "I had to feel hatred, your hatred of me, for 10 years. I didn't do that to you. I did it to someone else and I feel horrible."

"I like you now," replied Kramer -- before Rachel said she was sorry to hear one of Mike's "affair girls" wasn't empathetic. "She sucks," said Uchitel, "she should feel sorry."