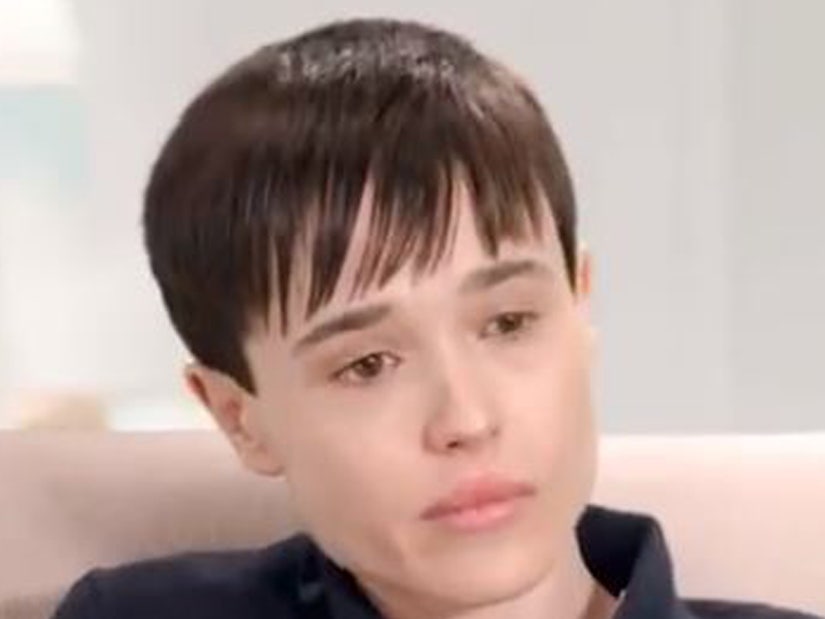 The actor revealed the Oscar publicity tour for "Juno" was also a very difficult period.

Elliot Page opened up about the pressures he felt to appear a certain way in Hollywood before coming out as trans.

In an emotional interview with Oprah Winfrey for Apple TV+ debuting Friday, the actor, 34, recalled how he suffered a panic attack around the time of his publicity tour for the 2010 film "Inception," where he was constantly asked to dress in feminine clothing. 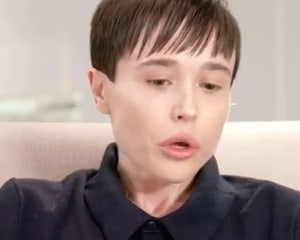 "There was so much press and so many premieres all around the world and I was wearing dresses and heels to pretty much every single event," Elliot explained, before revealing his manager surprised him by offering three dresses to choose from for an event in Paris.

"I lost it, it was like a cinematic moment," he added. "That night, after the premiere at the after-party, I collapsed. That's something that's happened frequently in my life, usually corresponding with a panic attack."

"Ultimately, of course, it's every experience you've had since you were a toddler," he continued. "People saying, 'The way you're sitting is not ladylike, you're walking like a boy, the music you're listening to as a teenager, the way you dress.' Every single aspect of who you are constantly being looked at and put in a box in a very binary system. That's what it leads to."

Even at the beginning of his career, Elliot said he struggled with representing his true self, as was the case during the promotional tour for 2007's "Juno," for which Elliot nabbed a best acting nomination. 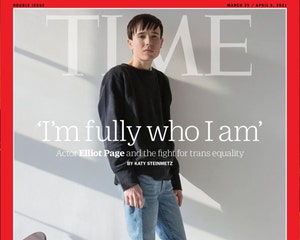 "That was a pretty intense time," he said. "I remember it felt so impossible to communicate with people how unwell I was because obviously there is so much excitement. The film unexpectedly became a big hit, I became quite known, all these things and I felt I couldn't express just the degree of pain I was in."

"So the Oscars, for example, I could not look at a photo from that red carpet," he continued. "People might watch this and say, 'Oh my gosh, this person is crying about the night they went to the Oscars.' And I think again that prevents the ability to allow yourself to not just feel the pain but reflect on the pain, to even begin to sit down and bring it all up and finally confront all of that."

Oprah then asked if Elliot knew he was trans during those periods.

"For so long I didn't have that much language or information -- I think there was periods in my life when it would come up. I remember when I was reading 'Redefining Realness,' I remember having a moment where I was like 'I'm trans.' And it was as if I took the thought and shoved it away. I clearly just wasn’t ready." 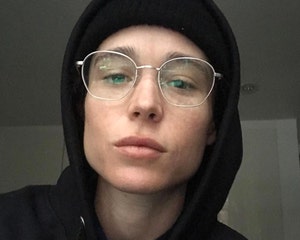 In an interview with Vanity Fair earlier this week, Elliot was asked if he felt like he was born in the "wrong body" or a "trans body" during his childhood.

"All trans people are so different, and my story's absolutely just my story," he began. "But yes, when I was a little kid, absolutely, 100%, I was a boy. I knew I was a boy when I was a toddler. I was writing fake love letters and signing them 'Jason.' Every little aspect of my life, that is who I was, who I am, and who I knew myself to be. I just couldn't understand when I'd be told, 'No, you’re not. No, you can't be that when you’re older.' You feel it."

"Now I'm finally getting myself back to feeling like who I am, and it's so beautiful and extraordinary, and there's a grief to it in a way."