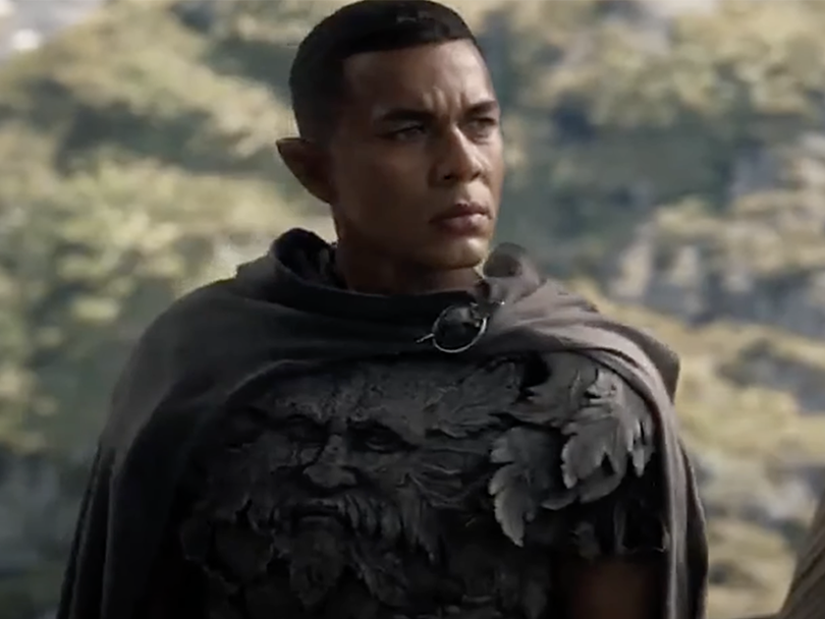 The cast of the smash hit Prime Video series released a statement in the wake of complaints over its cast diversity, while several stars from the original film trilogy shared their support, as well.

Sadly, in a move that's come to be expected in genre fandom -- and is playing out at the exact same time on another franchise revival -- Prime Video's "The Lord of the Rings: The Rings of Power" is getting hit with a ton of racist backlash.

Amazon even took the unorthodox step of suspending online reviews of the show in the wake of likely review-bombing happening at other sites like Rotten Tomatoes. 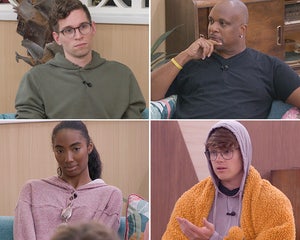 That certain segment of fans have railed against diversity and representation in recent "Star Wars" films, every Marvel project that starred a woman or -- even worse, apparently -- a woman of color ("Ms. Marvel), newer "Star Trek" series and now both this "LotR" prequel series and the "Game of Thrones" prequel, "House of the Dragon."

In every case, the criticism seems to be that the protagonists simply aren't white enough or male enough to pass muster. "Rings" critics have taken the extra step of saying that by diversifying the cast of J.R.R. Tolkien's Middle-earth, the are going against what the other wrote or intended (which isn't true).

In a united statement shared to the show's official Twitter account, the cast writes, "We, the cast of 'Rings of Power,' stand together in absolute solidarity and against the relentless racism, threats, harassment and abuse some of our castmates of color are being subjected to on a daily basis. We refuse to ignore it or tolerate it."

— The Lord of the Rings on Prime (@LOTRonPrime) September 7, 2022 @LOTRonPrime

Pushing back against the specific criticisms about Tolkien's lore and intent, the statement reminded these so-called "fans" that he "created a world which, by definition, is multi-cultural. A world in which free peoples from different races and cultures join together, in fellowship, to defeat the forces of evil."

The cast continued by giving a shout-out and expressing their thanks to those fans that have supported the project. They also acknowledged "fans of colour who are themselves being attacked simply for existing in the fandom."

They praised their visibility, their bravery, incredible cosplay, fan art and engagement with the rich world Tolkien put on the page and Peter Jackson brought to stunning live in his early 2000s film trilogy. 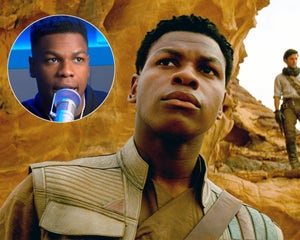 Three of the stars of that trilogy came together to share their support for this next generation of stars to step into Middle-earth. Elijah Wood, Billy Boyd and Dominic Monaghan, who all portrayed hobbits in the original trilogy and have remained close friends in the two decades since, made their statement both visually and with words.

They captioned an image shared to Wood's Twitter feed with the message, "You are all welcome here." They are each wearing custom-designed t-shirts featuring the various ear shapes of Middle-earth's denizens in a wide array of skin tones.

Above this striking and powerful image is the phrase in Elvish (Sí de maedyl) which translates more directly to "You All Are Welcome Here." The t-shirts are available for purchase through Don Marshall, also as hoodies and in other styles, including a hat shared by Sean Astin to his own Twitter feed with the same message, with half of proceeds going to a charity that supports POC.

In response to Wood's tweet, actor Ismael Cruz Córdova, who has taken a lot of the heat as Elven warrior Arondir and opened up about the racist trolls he's had to endure, commented, "Much love," per Deadline.

The racist backlash against both "Rings" and "House of the Dragon" gained so much traction in the public discussion that Whoopi Goldberg made it a topic of discussion during Tuesday's episode of "The View," with Goldberg questioning why these trolls seem to think Black people can exist in a fake world of dragons and hobbits.

CRITICS SLAM CASTING IN ‘LORD OF THE RINGS,’ ‘HOUSE OF THE DRAGON’: #TheView co-hosts react to criticism of the #TheRingsOfPower and #HouseoftheDragon series casting diverse characters. https://t.co/cVclFZQmjA pic.twitter.com/4XrGBJQspt

"All of y'all who have problems because there are Black hobbits… Get a job! Get a job!" Goldberg railed. "Go find yourself, because you are focused on the wrong stuff."

Her co-host Sunny Hostin shared the same sentiments and expressed her disbelief, "What I think is fascinating is like, dragons are okay — fire-breathing dragons — and people with white hair that are born like that when they're little, and violet eyes, but the Black people in it is just a bridge too far for these folks."

New episodes of "The Lord of the Rings: The Rings of Power" drop every Friday on Prime Video. "House of the Dragon" airs new episodes Sundays at 9 p.m. ET on HBO and HBO Max.