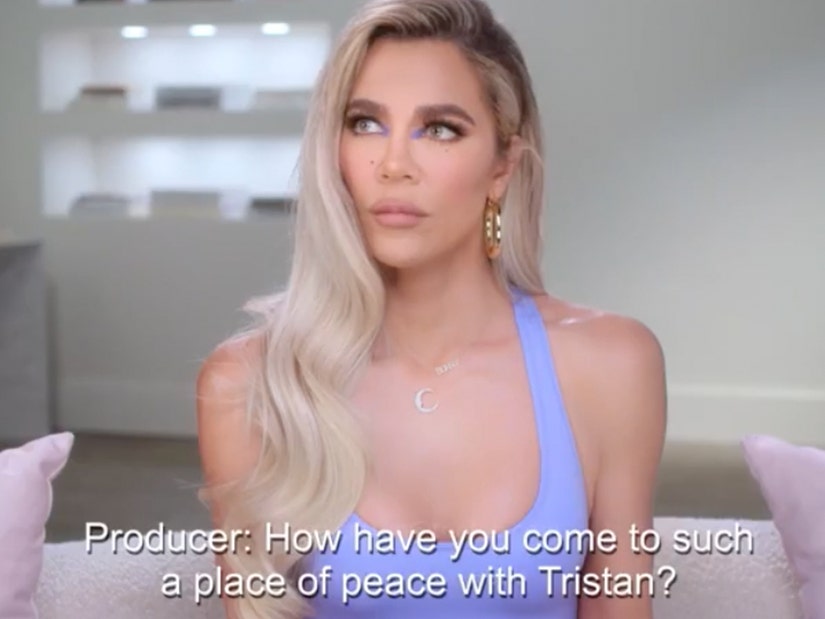 Khloe also opens up about her past DUI, as Kris gets stoned beyond belief on The Kardashians.

Khloe Kardashian had to get away to Palm Springs on the latest episode of "The Kardashians," filmed shortly after Tristan Thompson's paternity scandal blew up for the world to see.

"I've been through so much BS lately, going to the desert is like food for my soul right now," she explained, as she joined mom Kris Jenner and Corey Gamble for a little trip.

The trio stopped at a dispensary when they got to town, as Kris had been dealing with leg and hip pain that was starting to drive her "crazy." They clearly splurged -- racking up a $732 bill during their spree.

After popping their first gummies, Kris was concerned they could get arrested if she had one on her in their car, though they are legal to have in California. That brought Khloe back to her 2007 DUI -- which she said was "not smart" while reminding viewers "don't drink and drive."

"My mom has my mugshot framed. I think it's in her office," she recalled. "Malika did my hair for my mugshot, I did my own makeup. But I've never been to jail since. So I've learned my lesson."

Kris then mentioned how she had been texting with Tristan, who was excited he could be headed to the playoffs at the time. "How cool for him," said Kris, as an unenthusiastic Khloe responded, "Yeah." As Kris kept talking about "how life can change on a dime" -- referring to Tristan's career -- Khloe then deadpanned, "Yeah, I know how life can change on a dime. In all ways."

In a confessional, Khloe was asked how she was able to "come to a place of peace with Tristan" by a producer,

"It's probably maybe practice. I think a lot of people maybe forget that I've been through a lot of BS," she said, before referring to her relationship with Lamar Odom. "My ex husband when we were married definitely had a very public drug problem, was found in a brothel and there was a lot of things that probably aren't forgivable and I'm still able to forgive him and move on and want the best for him."

"It only hurts me by holding onto all this stuff, so let it go. Let go and let God," she added. 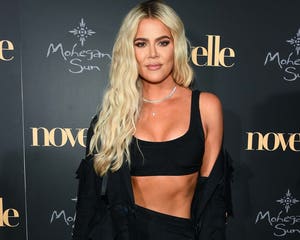 In her own confessional, Kris said Khloe was handling everything with Tristan "with so much grace," but could tell Khloe was still "feeling really down." She hoped the weekend trip would help cheer her up -- which it did once the gummy hit Kris while they were at dinner together. Jenner could barely formulate a sentence, as she started laughing uncontrollably for literally no reason whatsoever.

The next morning, however, Kris still woke up in pain and decided it might be time to see a doctor. She admitted in a confessional that was was scared, but didn't want to let her kids know.

"It scares the s--- out of me ... you don't want to feel like you're gonna be that person on a walker," she added. "I can't tell my kids I'm scared. They have enough problems."

A preview for next week's episode revealed Jenner may be in need of a hip replacement.