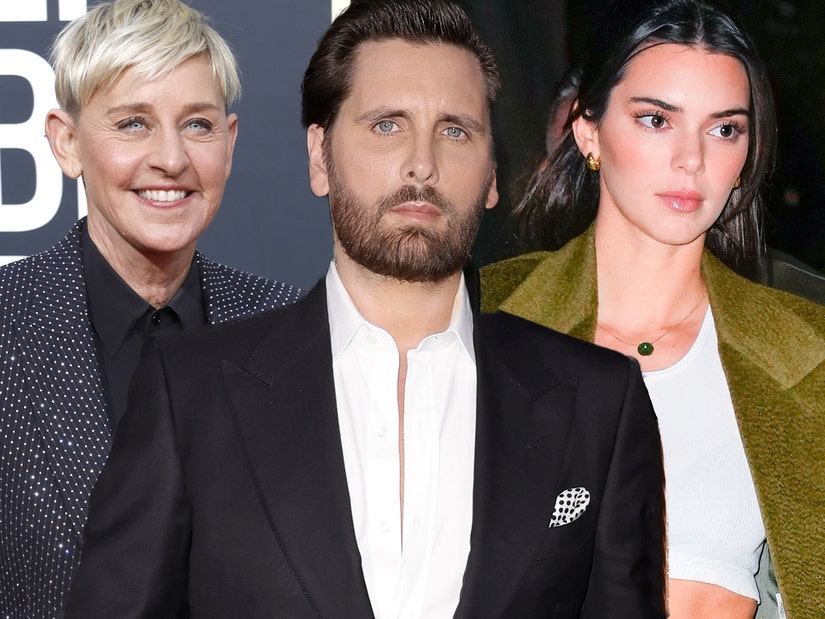 "When I walk into a house, my wheels just kind of start turning."

Flipping homes isn't just for the stars of HGTV! As of late, plenty of other celebrities have been getting involved in the world of real estate. With extra money to invest, many of these stars have tried their hand at house flipping -- or purchasing a home to renovate and then quickly selling it for a profit. Celebs like Ellen DeGeneres and Jeremy Renner have become known for their real estate transactions while newcomers like Kendall Jenner are ready to give it a try. With an eye for design and a few extra millions lying around, it's a no brainer for these stylish celebs.

Here's what these stars had to say about flipping houses…

Kendall Jenner recently revealed that she's become interested in flipping houses. She says her passion for design and architecture began when she was helping to renovate her own home and now she wants to do it for other people. On "The Kardashians" Kendall has been sharing the early stages of her journey, teaming up with her friend Fai Khadra and searching for the perfect house to take on as their first project.

"As a model, I still don't have much say in anything creative really. That has brought me to wanting to start this journey of house flipping. I found that I really do want to be my own boss and have my own ideas and execute them," she said on the show, adding, "When I walk into a house, my wheels just kind of start turning, and I'm always like 'I could do this' or 'I could do that.'"

Over the past 20 years, Ellen DeGeneres has flipped over a dozen houses. With the help of her wife Portia de Rossi, the duo have made millions by taking their purchases and making them even better. Ellen says flipping houses is not just a business venture and is "really a genuine passion" that she hopes to continue for years to come.

"I think people were kind of really surprised, like 'Ellen's into design?!' But everyone who knows me and who is in my life has known that for a long time," Ellen shared with People.

Jeremy Renner and his friend and business partner Kristoffer Winters have been flipping houses since 2002. Over the years, their investments have gotten increasingly larger, starting with a $659,000 investment into a house that they flipped and sold for $900,000. Nowadays, Jeremy’s flips are in the millions and Winters owns a full-time design firm.

For many years, Sharon Osbourne kept her house flipping business a secret, surprising fans when she revealed that she had made millions overhauling homes in Los Angeles and selling them to other celebrities. In 2017, her show "Sharon Flipping Osbourne" debuted to document her house flipping ventures.

"What most people don’t know about me is that I flip houses, and I'm damn good at it. Most people don't know how to get their max price, but I do because I'm Sharon f--king Osbourne," Sharon said.

Scott Disick has had a longtime passion for flipping houses and even had his own real estate show, "Flip It Like Disick." The reality star is also happy to dish advice about the housing market too, advising Kendall Jenner that she buy the "grossest-looking house in the best area" on a recent episode of "The Kardashians."

As a house flipper, Diane Keaton specializes in historic renovations. She once renovated the Frank Lloyd Wright-designed Alfred Newman Estate in Los Angeles and one of her recent projects was a historic Barrio Viejo home in Tucson, Arizona. Diane has even authored a book on Spanish and Mission style architecture as well as a coffee table book called "House.”

"I happen to have that real estate problem. Diane has a horrible real estate problem! I've been thinking about the fact that since I came to New York when I was 19, I've rented and lived and owned and sold 46 homes. At least," Diane told Elle.

Designers Nate Berkus and Jeremiah Brent have taken up occasionally house flipping as a way to satisfy their design addiction without "disrupting" their daily lives. The couple say that they decided they needed another creative outlet when they realized they had already lived in five different houses with their daughter Poppy and she was only 18-months-old. Working on other houses has also given them the opportunity to try out different design styles and help maintain the home's original character.

"Would I pick a yellow and black bathroom? No. But we're not coming in with a bulldozer just because it's not our color palette. Sometimes you have to update areas and not everything just because it's old. Old can be beautiful," Nate told People.

Adam Levine and his wife Behati Prinsloo have dealt with some major real estate in the time that they've been house flipping. In 2017, they sold two properties for a combined $35 million. Then the following year, the couple picked up a $33.9 million home in Beverly Hills and after investing millions into a renovation, they sold it a year later for $45 million. Adam and Behati have continued to flip properties and in 2022, they purchased a Montecito estate and just three months later, sold it for $28.5 million -- $5.8 million more than they had paid.

Aside from the music industry, Vanilla Ice has made a career in real estate. The musician began purchasing homes in Florida in his 20s and pretty quickly, he realized that flipping houses could be a lucrative business. Now, he even shares the behind-the-scenes of home transformation on his DIY Network series "The Vanilla Ice Project."

"They're both pretty good, to be honest with you. The great thing is I found another passion that does make money," he told CNBC.

Former "Bachelorette" JoJo Fletcher says she first got involved with the real estate development industry while she was still in college. Since her parents had previously been involved with real estate, they helped her team up with an architect to develop and put plans together for a new residential building on her college campus. After she graduated, she designed another building at her school.

Then after finding love with Jordan Rodgers on reality TV, the duo got into house flipping and now have a show called "Cash Pad.” Throughout the first season, the couple fixed up eight different properties ranging from an Airstream trailer to a garage, and then turned them into short-term rentals.