Bruno Mars appeared on Tuesday night's episode of "Late Late Show" with James Corden, where the duo rocked out to the pop star's greatest hits.

In a clip from the episode, Mars and Corden belted the 31-year-old crooner's hit singles like, "24K Magic," "Grenade," "Uptown Funk" and "Perm."

Mars -- who was decked out in some killer '90s gear, complete with gold chains and a matching gold watch -- showed off his signature dance moves and shoulder roll while cruising around Los Angeles with Corden.

Bruno likewise showed Corden his spot-on Elvis impression, even nailing the music legend's famous lip curl -- see the video above for that and more! 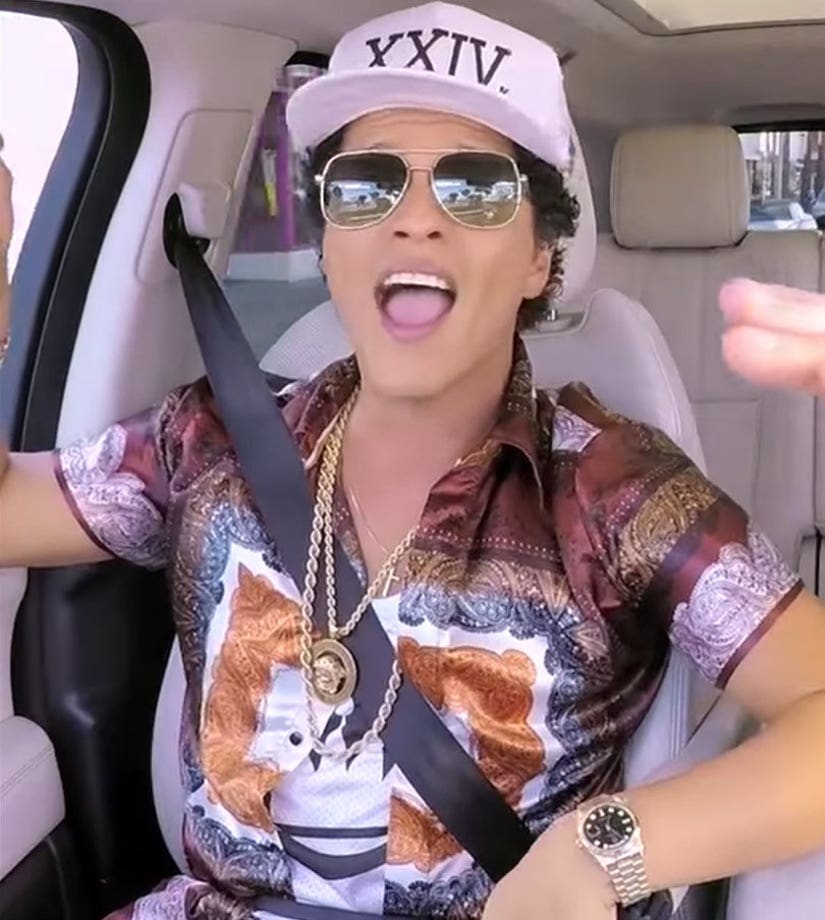 The "Gorilla" singer also performed '24K Magic' on the season finale of "The Voice" Tuesday night.

See the gallery above for more of your favorite pop stars, then and now!

Looking for even more Carpool Karaoke episodes? Be sure to watch: