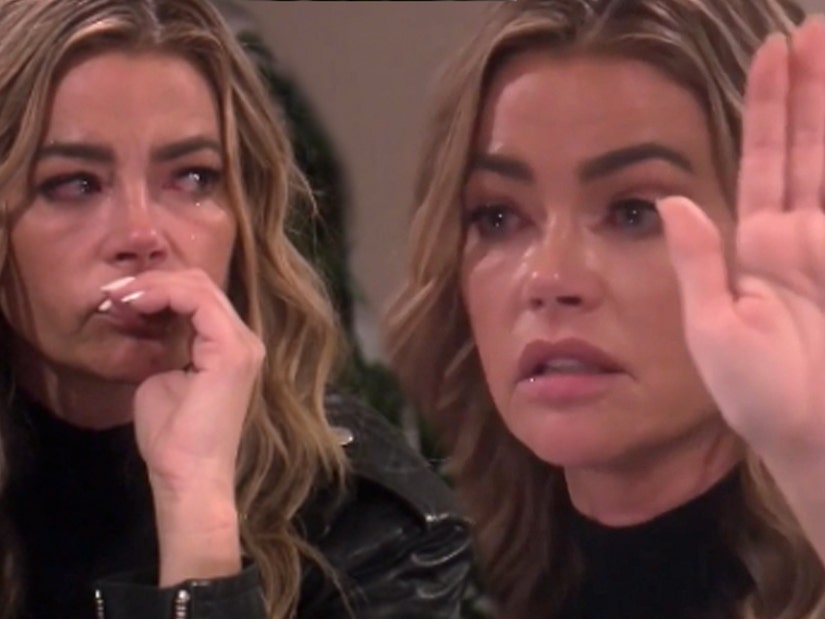 "If they ever want me to be on this show, they need to cut that."

On Wednesday's new episode of "Real Housewives of Beverly Hills," Denise was confronted with the claims Brandi Glanville made about their alleged fling and comments she made about the other women -- and she was not happy about it.

Tonight, all the women arrived in Rome, Italy for what should have been a fun vacation filled with sightseeing and delicious food. And while it was that, for the first day at least, it all hit the fan on Night 2 of the getaway.

It was Teddi Mellencamp-Arroyave who started bringing up Brandi's many allegations, after Garcelle Beauvais asked if any of the women had "issues" they needed to address with each other. Yeah, that's never a good prompt in this group.

"Denise, somebody told me some terrible things that you said about me," she began, catching Richards off guard. "You said things like I am pathetic, you can't stand me and that I'm desperate to fit in with this friend group because I've been living in my father's shadow my entire life. I can't choose who my parents are ... I think it's a low f--king blow."

When Denise kept denying the comments, Teddi asked, "You didn't say these things to Brandi Glanville?"

"No, I did not," replied Denise. "I didn't say anything about anyone to Brandi at all. I've hardly talked to her. I have not spent much time with her, I don't talk to her much."

Lisa Rinna, who was briefed on the allegations by Teddi and Kyle Richards earlier, then jumped in -- asking Denise if she made nasty comments about herself and Erika Jayne as well. Again, Richards denied, denied, denied, saying she never referred to Erika as a "cold bitch."

As Dorit Kemsley asked whether it was possible Brandi was lying, Teddi said Glanville's claims were "very specific" and she seemed "very upset." At this point, none of the hookup rumors had been mentioned in the group, so Denise and everyone else wondered what Brandi was upset about.

"Denise, because of what happened with you guys when she came to see you at the podcast," said Teddi, inching closer to the big reveal. "Nothing happened," exclaimed Denise, "She interviewed me and my cast. I never said anything negative about anyone."

Though Rinna knew Brandi's allegations, she didn't want to be the one to repeat the rumor to everyone else -- learning her lesson from the nasty Munchausen debacle with Yolanda Hadid. "I'm not taking the bait this time," she said in a confessional, "I paid dearly for that and I learned my lesson."

Kyle then interjected, saying Brandi came to her place and said "a bunch of stuff" that she felt had "nothing to do with us." Making an unintentional pun, Dorit asked, "Why are we beating around the bush?" as all the women asked if Denise wanted Teddi and Kyle to reveal whatever they were hiding.

"If this is a dangerous area, then not on camera," said Denise. Mellencamp, however, said the claims were "already on camera" thanks to Brandi. "There's no truth to anything," Denise repeated, as Garcelle asked Teddi, "Why don't you just say it?"

"Because it's really bad, Garcelle," replied Teddi. After Dorit asked, "Why are you torturing her?" Teddi finally dropped the bomb: "Denise, I'm not going to torture you any longer. She said you two had sex, okay?"

Teddi explained she only brought up Brandi's accusations to give Denise a chance to respond, since they was already mentioned on camera when she wasn't around.

The #RHOBH drama in Rome gets taken to the next level TONIGHT on Bravo, Bravo, Bravo! pic.twitter.com/fwdniUlctV

Kyle previously explained that when the show first began, the women would jokingly say, "Bravo, Bravo, Bravo" and "Hi, Andy Cohen" when cameras came up but they weren't ready to film yet. Now, the cast believes Denise is saying it anytime a topic she doesn't like comes up so the network won't use the footage.

"I'm floored by this information," Denise continued. "Please do not air this. Please. That is not true. It is not true."

"One of the most frustrating things about Denise is she is so concerned about her own image, that every single time we talk about something she doesn't want to talk about, she's going to 'Bravo, Bravo Bravo so she can continue to get an edit that she wants," Teddi explained in a confessional. "The fact that Denise is yelling at the cameras and the crew because she's going through all these personal issues, is actually what she signed up to do, to talk about what's going on in her life."

The show then went into flashback mode and showed previously-unaired footage of Richards shouting, "Bravo, Bravo, f--king Bravo" during another fight earlier this season. "I'm not doing this you guys. I'm done, guys," she yelled at the cameras, while demanding to speak with one of the show's producers. 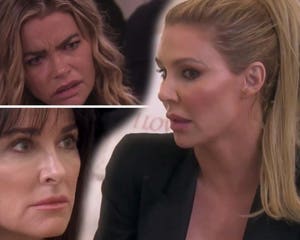 Bravo cut back to the Italy explosion, as Erika told Denise she had to "straighten this shit out" with Brandi. Kyle then told her costar that "whatever the story is" between her and Glanville, they "don't care."

"There's no story. I'm a very married woman and I love my husband to death," Denise replied, in tears. "All I know is anything I have felt, I have said."

As all this was going on, Sutton Stracke asked why Teddi repeated Brandi's allegations in front of everyone. While Teddi said she did it because Glanville already put them out there, Sutton revealed in a confessional she heard the same Denise-Brandi claim months ago, but kept her mouth shut.

"Why would I bring up a rumor about who slept with who, especially not at the dinner table. It's not right," she said into camera. "I think Teddi is saying this because she got her feelings hurt." 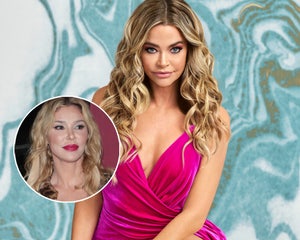 As all the women basically threw their hands in the air while realizing they weren't about to get any kind of closure during this dinner, they called it a night and disbanded.

"I have to call a f--king lawyer," Denise told the women, as Dorit told her that there's no way Bravo would cut out the footage. "If they ever want me to be on this show, they need to cut that," Denise replied, as the show ended.

While it's rumored Denise stopped filming with her costars after the Italy trip, she has filmed new confessionals in quarantine ... so she's clearly not out completely.

The drama will continue next week, as a preview showed Denise claiming Brandi said she hooked up with other women in the group too. 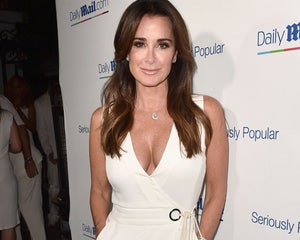