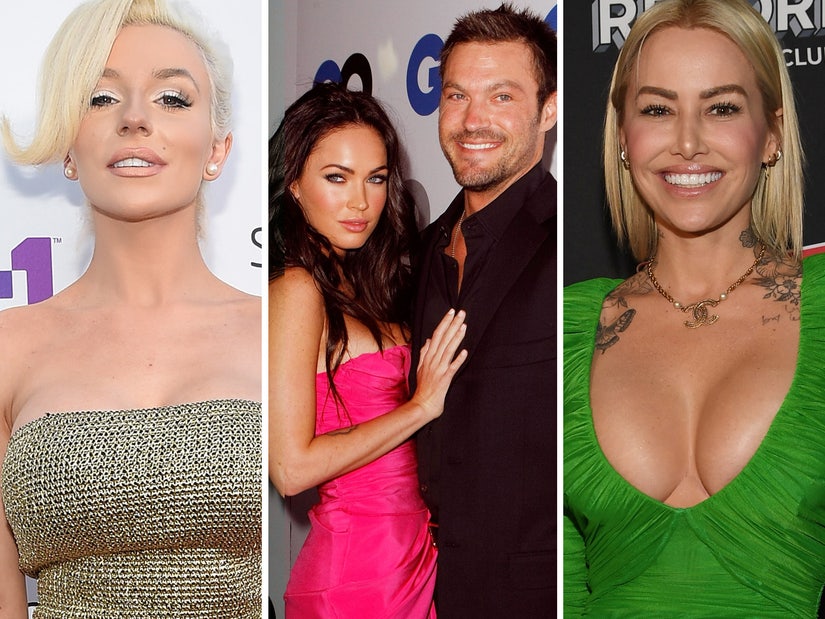 The 90210 star opens up about the women in his life -- and what's really going on with all three of them.

Brian Austin Green is very aware of the public interest in his relationships following his split from Megan Fox and he's setting a few things straight when it comes to both Courtney Stodden and Tina Louise in a new interview.

Speaking with Hollywood Raw with Dax Holt and Adam Glyn, the "Beverly Hills, 90210" star went in depth on his dating life following his high-profile separation, revealed what he felt was "insane" of Stodden after they linked up and explained where things stand now with Fox, who is currently dating costar Machine Gun Kelly.

"It sucks," said Green when asked about his love life making headlines right now. "What people normally do when they get out of something is they date. They talk to multiple people at once, some people use dating apps, they talk to multiple people, they go on multiple dates, they spend time with people until you feel a connection with somebody then something builds from there." 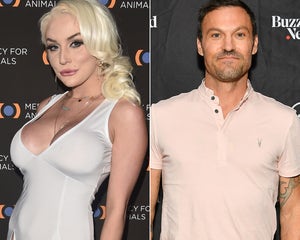 "What's unfortunate for me in this situation is I'll literally go on one date with someone, not even a date, just out to lunch with somebody and it's written, 'his new fling, he's playing two women at the same time,'" he continued. "No. I literally spent one time with each of these women. I'm not playing anybody. My life is just much more under a microscope than somebody else's."

Green and Stodden were first spotted together mid-June, after they were photographed leaving a Mexican restaurant. According to the actor, he met both Courtney and Tina via Instagram.

"I had no idea that Instagram was so much of a dating site until I was single," he explained. "Because up until then, I posted pictures of benches, trees, the ocean, and my kids doing stuff here and there. I was a total married dad on it. Then all of a sudden I started getting DMs when Megan and I separated. Instantly, no shame in their game at all."

Green said it initially felt nice to have women reach out "taking your side" in things when it came to his separation from Fox. He'd respond to them saying, "Thank you," unaware that he was "opening some sorta door" to continued communication. Eventually, he met up with Stodden, who he claimed he hadn't heard of before they went out.

"I remember when I hung out with Courtney getting a call from somebody afterward saying, 'There are pictures of you and Courtney Stodden,' and I was like 'How do you know her name?' I had no idea who she was or any of the past anything," said Green. "I had done no research at all. It wasn't until I was told, 'This is the past, this is who this person is, this is what you might have to experience.' Then you have that moment of, 'Oh shit, what have I done? Shit.' Hindsight again, 20/20. I wish I would have known beforehand."

"Courtney was a really nice person though, I don't want to bad mouth her, she may have done some of the things she's done, been the person she's been, is the person she is but when I spent time with her, super kind, super polite," he continued. 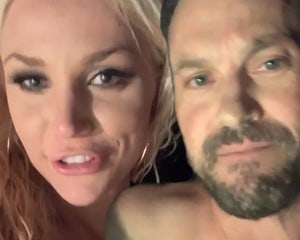 Shortly after their time together, Green was linked to Tina Louise -- and the same week photos surfaced of them together, Stodden shared a bizarre video of her and the actor together in a hot tub. When asked if he felt "a little betrayed" she shared that video, Green said, "Yeah, of course."

"She knew she shared it out of context," he added. "There wasn't any explanation of, 'Oh hey, by the way, this video is from a month and a half ago when the pictures of us came out,' or 'Ashely is just a friend of mine, so he was just saying hi.' None of that was there. She literally posted that the same day that pictures of myself and Tina came out. It was very apparent why she had done it. She wanted to create a story and create some issues and something to be talked about and keep that going."

He said he wished someone in her life would have talked her into taking the "high road," but that clearly wasn't the case.

"Instead, it's been about let me drag this out as long as possible. Let me write a song about, which is f--king insane. It's insane. Let's call that like it is, it's insane," he said of her track, "Side Effects." He added, "Don't you need to have some sort of connection to somebody to write a song? What's funny too, when you read into the story a bit, she'll be like, 'The song's not really about him, it's about love but it was kind of inspired by ...' it's like, no it wasn't, you just wanted to put my name in the story because then people will listen to your song and they're going to be interested in what they're talking about." 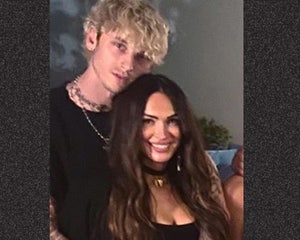 He went on to say he didn't want to be "judgmental" of her, but said she lives a totally different way of life than he does. "I'm 47 with 4 kids and I'm not out walking my dogs in bathing suits and shit like that," he said, "It's just a very different life."

When it comes to being photographed with Tina, he said she claimed paparazzi were always outside her restaurant in Los Angeles as it's a popular spot for celebrities -- and a rare location that was still open amid the coronavirus pandemic. According to Green, their time together fizzled out on her suggestion.

"So, Tina is really cool. Tina is really an intelligent woman. She is the one who approached me and she said to me, 'With the craziness going around you and Megan and the whole situation, I think what would be best for you is to take some time with just your kids and yourself and really work on just being alone and healing yourself. And going through that,'" he said . "That was cool coming from her. She didn't need to say something like that, she didn't have to say something that would exclude so much from my life."

He also said it was her idea for him to start using Instagram to reclaim his narrative, using it to shift focus from his love life to how he's been spending time with his four children.

"I've been single this whole time. Dating, I guess. I'm open to meeting somebody but my focus is on myself and healing with all of this and my kids and them experiencing it the best way that they can," he explained. "I can't really put a label on what I'm doing, it's different. What I'm doing compared to how it's been portrayed are two completely different things."

As for Megan, Green said things between them are "going as well as [they] can."

"There's no rule book to it. There's no way of doing it right or doing it wrong. We're learning as we go. The important thing for us is just communicating as much as we can," he said. "I think for us, the realization that we can't take the view that it won't affect the kids, because it will. I think it's up to us, and parents in general, how it affects your kids. Whether it's a really negative experience for them or it's okay and they feel safe in it and they feel loved and everyone still loves and respects everyone, things are just different. It's not bad different, it's just different." 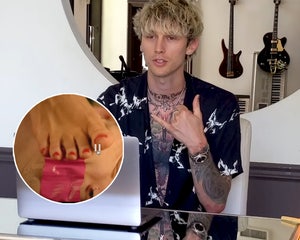 "I wish Megan the absolute best in everything. I want her to be completely happy, for her and for the kids. That's super important," he said. "Nobody wants to be around somebody that's unhappy, nothing good comes out of that. That's a terrible situation. We are taking it day by day."

He went on to defend Fox, saying she's been criticized for being in Mexico filming a new movie and spending time away from their children during the pandemic.

"Everybody is judgmental right now because she's out of the country working and she's not around. They're trying to say, 'What about the kids?'" he said. "This is what we do. We travel and we work. It's no different now than it's before, except that we're just no longer together. This is what we've been doing for 15 years. When one person is traveling and working, the other one will step in and take care of things at home and the kids and this situation is no different. It's not for lack of caring. Megan loves her kids and would do anything for them, and has and will continue to."

He said the two of them have laid down ground rules for introducing their children to anyone they're dating, saying they don't want to tell their kids any prospective love interests are anything more than friends until it's "a very established relationship."

"It has to be done in a responsible way. We've talked about being as responsible as we can with the kids," he said. "We want to make this as positive an experience for them as possible."

The only time Green was a little cagey with his answers during the interview came when he was asked how he found out Fox was dating Machine Gun Kelly.

"I found out in my own way. And that's as much detail as I'll give you on that one," he said, simply adding that he, "didn't read about it or anything like that."

He also said that, at the current moment, he doesn't think he'll get married again -- but added, "never say never."