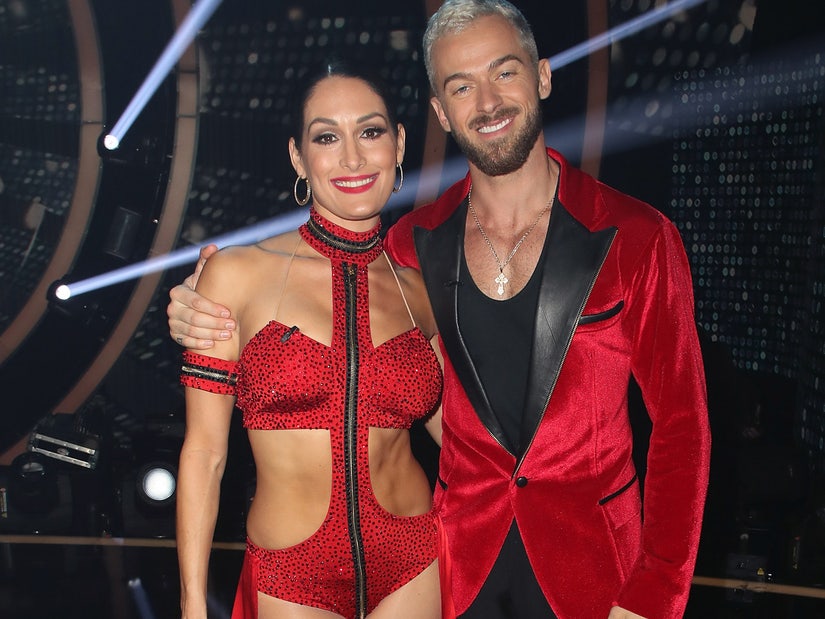 TooFab is taking a look back at Nikki and Artem's whirlwind romance, starting from the beginning.

Nikki Bella and Artem Chigvintsev's love story is one for the ages.

The former WWE star and Russian dancer first met on the ballroom floor when they were paired together on Season 25 of "Dancing with the Stars" back in 2017. While the two formed a strong friendship, they wouldn't spark a romantic relationship until January 2019, just a few months after Nikki and John Cena split for good.

Although the couple were rather private with their relationship in the beginning, both Nikki and Artem ultimately became very open about their romance as it's been documented on "Total Bellas" and discussed on Nikki and her twin sister Brie Bella's podcast, "The Bellas Podcast."

Within a year, Nikki and Artem became engaged and announced they were expecting their first child. Though the couple put their wedding on hold amid the coronavirus pandemic, they welcomed their bundle of joy, a baby boy named Matteo, on July 31.

In an interview with TooFab in April, Nikki opened up about her and Artem's whirlwind romance, saying they "fell in love so fast."

"I feel like what Artem and I have gone through this past year are what a lot of couples would go through over like three or four years," the E! star said. "Just even from job loss and the stress and anxiety that brings into any relationship and just so much, so many things but also crazy, heavy, romantic and passionate."

"In most situations, like your first year together, it's just like incredible when it's mainly dating and Artem and I, we just fell in love so fast," she added. "And then when we got engaged for me I was like, 'Yay.' And then you come home and kind of come off the ramp. I was like, 'Oh my gosh, you think this was really quick? I don't know. [I was] kind of freaking out."

Here's a full timeline of their relationship -- from the beginning. 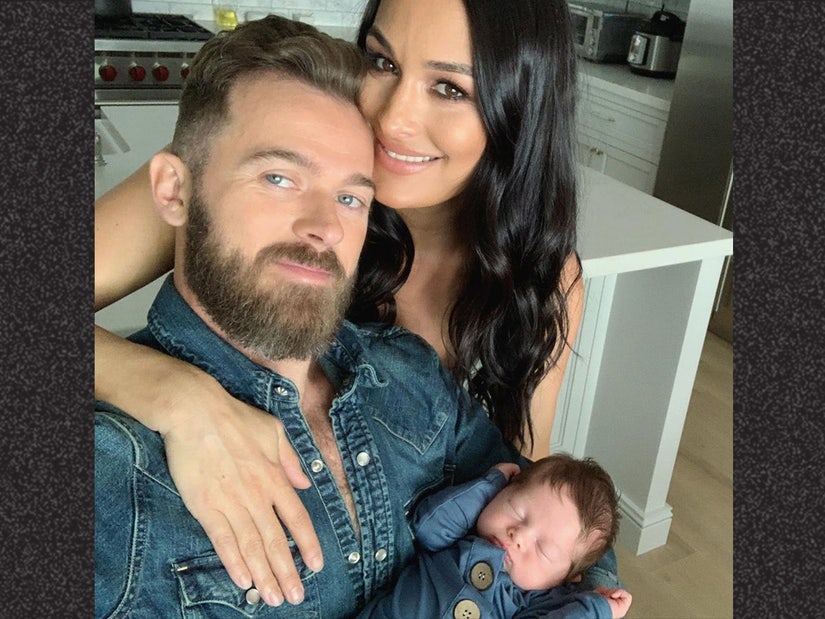 Nikki and Artem's relationship began with a friendship when the two were paired on Season 25 of "Dancing with the Stars" in 2017.

At the time, Nikki was engaged to her longtime boyfriend John Cena. Looking back, she said the more intimate dances on "DWTS" made her feel "uncomfortable" since she was in a serious relationship. Nikki also noted that while she had an "emotional bond" with Artem, there "were none of those feelings at all" and it was strictly platonic.

Nikki and Artem's journey on "DWTS" came to an end when the two were sent home on the seventh week of competition.

Nikki and Artem began dating in January 2019, just seven months after Nikki and John’s rollercoaster of a relationship ended for good in summer 2018.

While the couple wouldn't confirm they were dating until months later, fans were given a glimpse into their budding relationship on an episode of "Total Bellas," in which Nikki and Artem went on a lunch date together.

In the same month, a source confirmed to People that the two were dating.

"They've been spending time together for a long time, but it's nothing serious right now," the source said. "They have a strong attraction to each other, but they're just having fun. They're both extremely busy with their own careers, so they spend time together when they can." 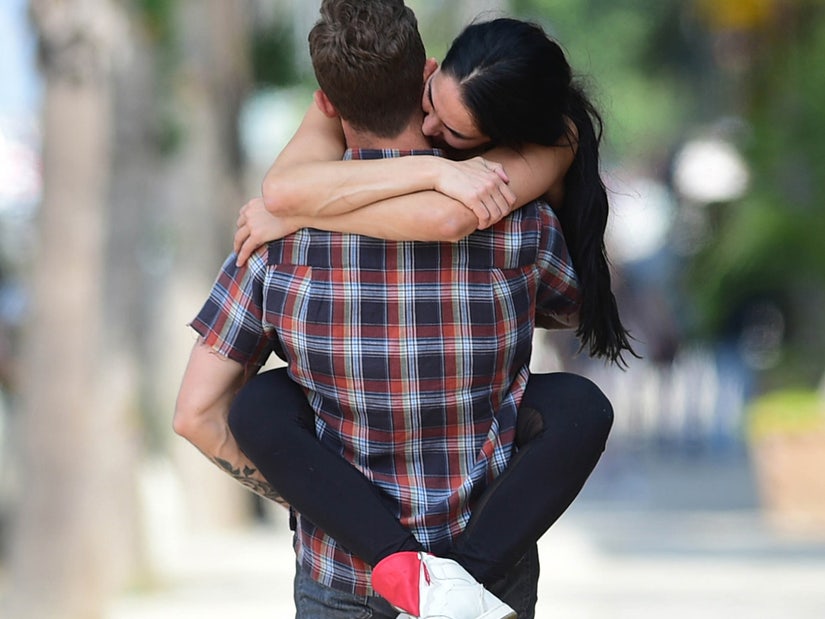 The pair confirmed their romance on the "Total Bellas" Season 4 finale in March 2019. The episode ended with Nikki and Artem riding off into the sunset on Artem's Ducati.

Following the episode, Nikki shared a sweet selfie of herself and Artem on Instagram.

"Well after that season finale 😳 First thing I'll be talking about this Wednesday...oh and all those paparazzi photos (thanks for all the great shots 🙄 and smashing my food 🙄 lol)," she captioned the post.

The former WWE star also opened up about her new relationship on the first episode of her and her twin sister Brie Bella's podcast, "The Bellas Podcast."

"Yes, [Artem and I] are dating. Yes, I spend the night at his house," she told her twin and their listeners. "Yes, we have date lunches at Joan's on Third and we like to get food for his house -- or should I say, produce from the farmer's markets. So, let's consider this rumor killed."

However, Nikki clarified nothing was official yet. "Artem and I are dating," she said. "We are not engaged, we are not married, we're not boyfriend and girlfriend, we don't say 'I love you.'"

On an episode of "The Bellas Podcast," Nikki shared some details about her relationship, revealing why she and Artem hadn't put a label on it yet.

Although she said Artem is an "amazing" cook and lover, who "does work around the house," Nikki told her sister, Brie, she was "not ready" to call Artem her boyfriend yet.

Nikki and Artem made their relationship red carpet official when they debuted as a couple at the 2019 Kids' Choice Sports Awards. Later that month, the pair revealed they were finally exclusive and were officially in a relationship after six months of dating. 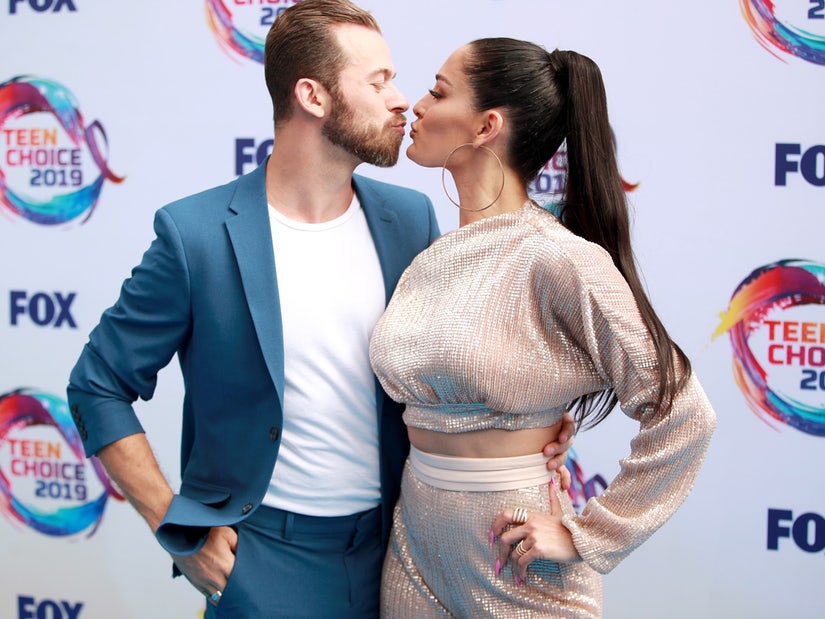 Artem proposed to Nikki while they were on vacation in France in November 2019, however, the couple wouldn't announce the news until months later.

Although Nikki had yet to reveal she was engaged, in December 2019, the E! star recalled meeting Artem's parents, admitting she was "really nervous" at the time.

"It was the first time Artem saw his parents in five years and his brother. He was so nervous and excited and emotional," she said on an episode of "The Bellas Podcast."

"They all got really emotional when they saw each other. They cried."

Nikki and Artem started the year off with both an engagement and pregnancy announcement.

On January 3, Nikki announced the news on Instagram, sharing a photo from the sweet proposal as well as a shot of her engagement ring.

"I said yes in France in November!" she captioned the post. "We have been trying to keep it a secret but really wanted to share our excitement for the New Year!"

"You are the best thing that has ever happened to me. So excited for what's to come I love you more then [sic] anything and thank you for saying Yes."

A few weeks later, Nikki and Artem revealed they were expecting their first child together. Nikki, who has spoken about her desire to be a mom in the past, opened up to PEOPLE about her pregnancy news.

"It's something I've dreamed of my whole life," she told the publication. "So when I thought it was going to be taken, for me, it was really difficult. I was just like, gosh, I can't imagine life without being a mom and experiencing the miracle of life and raising a child. I'm just so family-oriented that I couldn't imagine not having that family life." 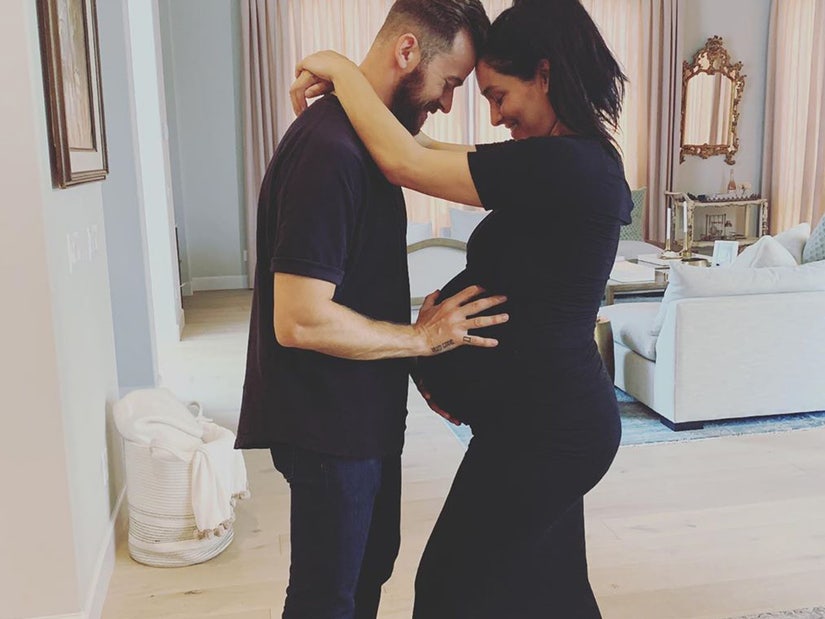 During an appearance on the podcast, "Big Demi Energy," in late May, Nikki said she and Artem have decided to put their wedding on hold amid the coronavirus pandemic and the birth of their child.

"The uncertainty just kills me," Nikki shared, adding that she and Artem didn't want to have to "social distance" at their wedding.

"I want to make sure the world is in such a clear space. The day I get married, I just want a massive party. I want a bash. I want everything I've dreamed of."

Nikki went on to note that she and Artem had yet to set a new wedding date, admitting it might not even happen in 2021.

"I honestly think our wedding will probably be far, far out," she said. "Maybe not, maybe within a year? But, like, I don't even know. I have a feeling it might be longer."

While Nikki's sister, Brie, who was pregnant at the same time, decided to wait to find out if she was having a boy or girl, Nikki and Artem revealed they were expecting a boy during a gender reveal party, which was documented on the Season 5 finale of "Total Bellas."

"7/31/2020 💙 Our baby boy is here and we couldn't be HAPPIER and more in LOVE! Everyone is safe and healthy," Nikki captioned an Instagram photo of her and Artem holding the newborn's hand. 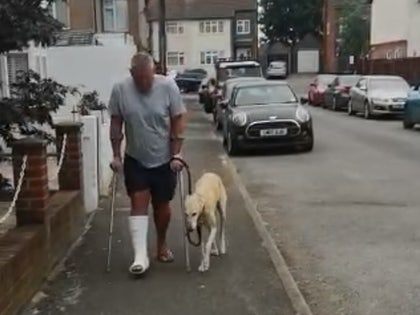 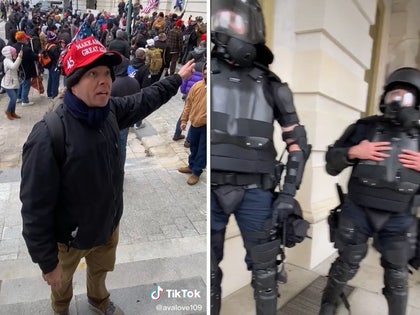 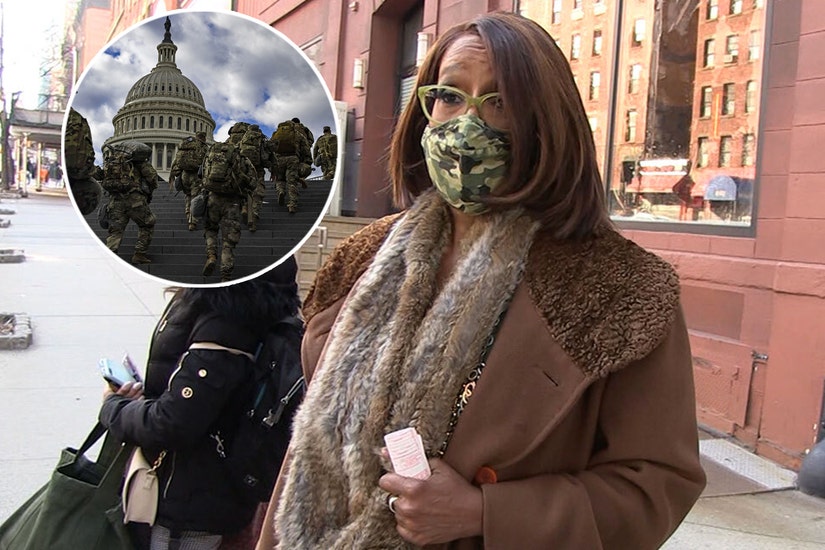 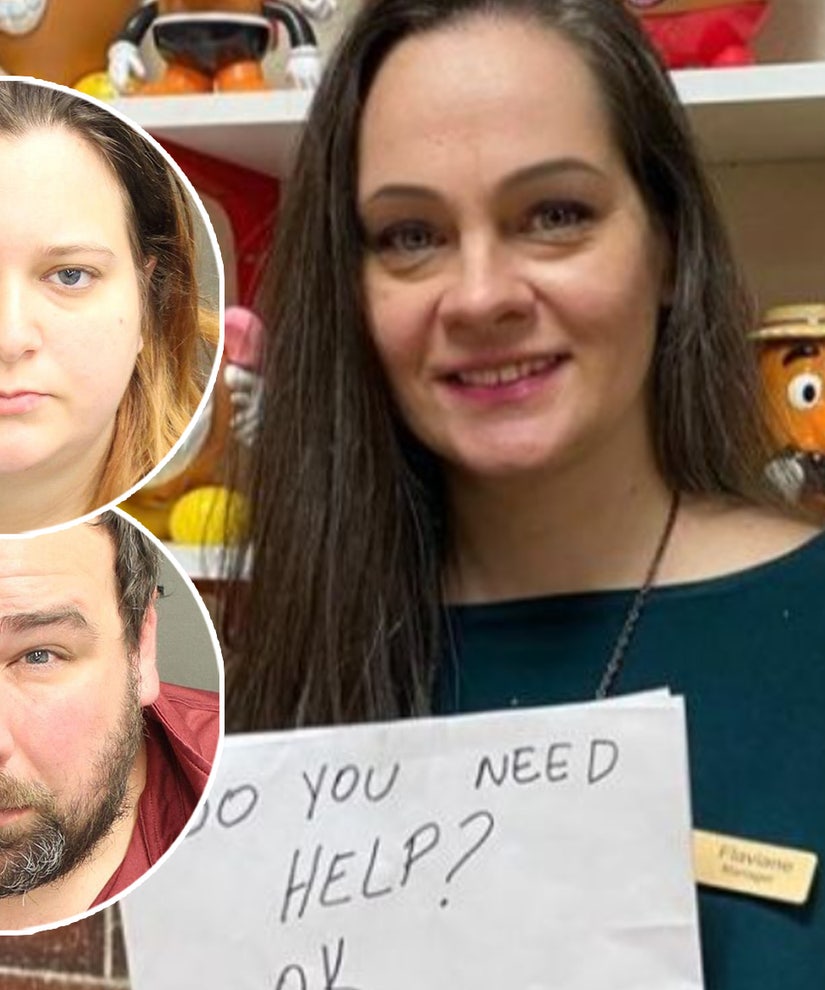