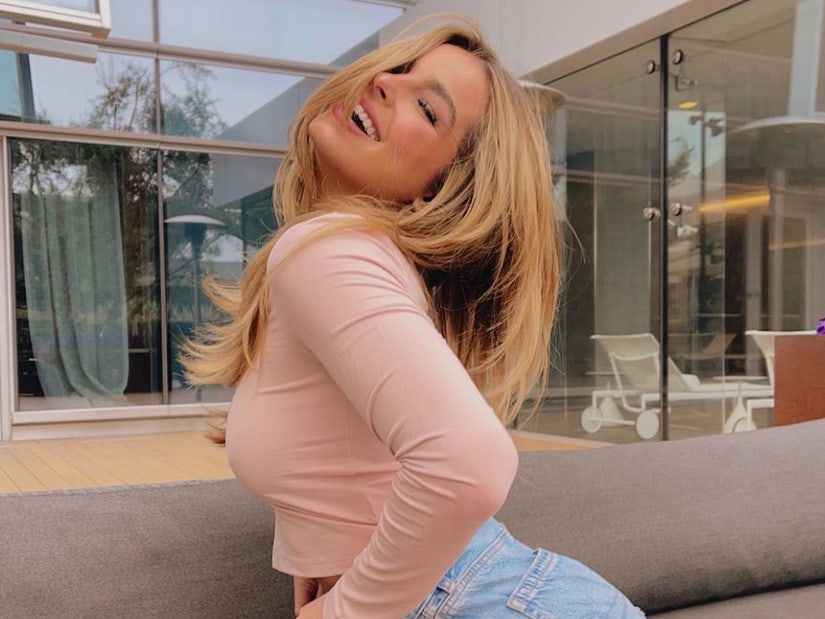 Being TikTok famous isn't as easy as it looks...

While TikTok stars may seem to have their lives totally together as fans watch them dance and joke around on their feeds, it's often not all that it's cracked up to be. Despite their outward appearance, many social media stars find themselves subject to cruel body shamers and overwhelming negativity from strangers in their comment section - and it definitely gets to them.

Thankfully, over time, TikTok celebs like Addison Rae and Avani Gregg have learned how to deal with the rude comments about their appearance and rise above the haters. They're now working to spread a message of body positivity to help others going through the same thing and make sure that there’s less body shaming in the future.

Here's what TikTok stars had to say about spreading body positivity...

Addison Rae says that one of the most triggering things she deals with online are comments about her body. She says she used to compare herself to others, asking why her body or hair wasn’t like the people she was seeing online. But over time, she's worked on her self-worth and talks to a therapist who helps her not feel down about herself, even when she does see negative comments about her body.

"I am 20 and my body is constantly changing, but people have this high standard around body image and say, 'Oh, you have to look like this to look great or to look hot or to be cool or to be pretty.'...I think everyone's perfect, so why is there some standard of 'this body is the ideal body'? I have thought a lot in the past year that it doesn't really define me and I am learning to love my body and who I am, for what I am," Addison told Glamour.

Charli D'Amelio has shared her body image struggle with fans and at one point even begged them to stop talking about her body. Things came to a head last November when she revealed that she had been struggling with an eating disorder. But through hard work, Charli has come to love herself just the way she is and now wants to make sure her fans know that they're all "10/10s" and "special and perfect" in their own ways.

"i can't understand why some people think it's okay to talk about someone's looks, weight, sexual identity, etc in a negative way. this can be hurtful to not only the person you are making fun of but also the people that look like or identify with what you are saying is a 'problem,'" Charli tweeted. 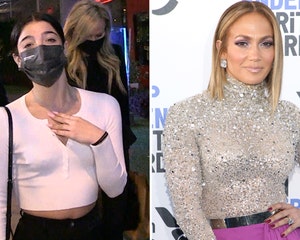 Avani Gregg says that when she started using social media she liked the way she looked, but constant critique made her feel insecure and like she needed to change. Even though she says she has been able to overcome the negativity she faces online, she still has bad days.

"I do have those days where I'm just like, 'Wow, I don't know why I'm not built like that but it would be nice.' It's kind of like, you are so unique, you need to find something you like so, so much about yourself and just love it because that's what I ended up doing and now I'm like I don't want to compare. So even if I feel like I’m about to, I'm like, 'No! I don't need to,'" Avani said on an episode of her show "Here For It."

Sienna Mae Gomez has been a strong advocate for body positivity on TikTok and credits her upbringing for her self confidence. Although at times she finds herself comparing her appearance to others, she hopes that future generations will steer away from making others believe that there is an ideal body type.

"There's girls around me that I could just look at every day and be, like, 'Oh, I wish I had that from her.' But I've honestly always been pretty good at trying to stay confident in myself and understanding that I only have my body and that there's no point in comparing, which has played out for me a lot in this whole social media journey. I think I kind of got that self-confidence and self-love thing from growing up in a really accepting home, just being told always that eating is okay, whatever I was like, it's okay. Everything was out of love. So I was just taught to love my body from a young age, which is something that's really played out and been so nice for me to be able to do," Sienna told Nylon.

She added, "It's so sad that there's always been a trendy body, but I really hope that in the future generations we can kind of steer away from that. Growing up, or recently with the whole social media thing, beauty and body has definitely been difficult, because everyone always has a say, but, I mean, it's how life goes. I'm just trying not to take anything too personally and understand that everyone is dealing with their own things."

Madi Monroe found herself facing criticism about her body after a trip to the Bahamas with other influencers. After posting several videos wearing a bikini, viewers began leaving negative comments about her body and appearance. The comments eventually got to her, leading her to tweet, "k i get it i need to lose weight yall can stop now." But over time, Madi has worked on her self confidence and says that she's all about faking it until you make it.

"That's my motto in life! The second that you have a positive mindset, even if you're having your worst day, then you’ll start to believe it and you'll reflect that energy and you'll just make it happen. For me, I was like, 'I'm so ugly' but I'm not going to talk about it. I'm the most beautiful person on this planet...People can tell you a million times but the second you start believing it yourself, it means way more," Madi said on "Here For It With Avani Gregg."

Dixie D'Amelio has dealt with her fair share of body shamers since rising to fame last year but says she has learned to not let the comments affect her much. Instead she hopes that those who are in the same situation can learn that self love and self confidence are more important than what anyone else comments.

"A persons opinion is their own opinion, I can't change what they think about me but body shaming is something that so many people deal with and I struggled with for a long time. I finally know that I can't change myself to make everyone happy but for people reading comments and think that being 'too' big or too small changes their overall 'rate' is not healthy. Self-love and self confidence are so important because you cannot control what other people think or say," Dixie tweeted.

She added, "Personally the comments that are meant to put me down and don't affect me as much anymore but tiktok is full of young kids and teenagers who might compare themselves to others, and speaking negatively about someones body type (which they can't control) is very toxic."

Larray says that since gaining popularity on TikTok and social media he's faced criticism and body shaming online. On top of that, he also has haters who comment on his relationship and tell him that he's not attractive enough to be dating his boyfriend. Although the comments are hurtful, he says that he's come to understand that it's just others painting their own insecurities on others. He says he finds confidence and ways to "love his skin" through outlets like makeup, outfits and knowing that he will be stronger from the experience.

"People have been terrible to me but it's fine. It made me stronger. When it's a low day for me, I just try not to think about it and I'll try to go about my day. But I mean, hey, I have to live with this body forever, I might as well get over it," Larray said on "Here For It With Avani Gregg."

After Nessa Barrett posted one of her first Instagram photos where fans could see her stomach, she faced criticism and body shaming in the comment section. In response, she went live on Instagram to let viewers know how those kinds of posts affected her in the hopes that they would be more conscious of their comments in the future.

"I've been going through my comments and it's really hard seeing people body shame me…especially when it's the only photo that I’ve really ever posted with my stomach showing, which is why I cover up myself so much and wear a lot of baggy stuff and hoodies all the time. I have a past with EDs and I struggle a lot with body dysmorphia, like any other person does, and insecurities," Nessa explained.

She continued, "If any of you guys are on an app and scrolls through their feed and sees something they don't like, just scroll past it. Do not spend the next few seconds taking the time out of your day to comment something negative because you don't know what someone else is going through." 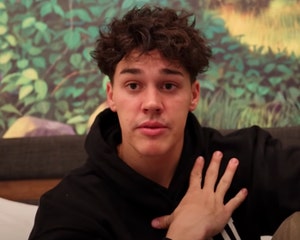 Chase Hudson has said that he's been shamed about his body for much of his life but doesn't want his followers to feel the same. In an Instagram post, he encouraged fans who are those dealing with bullying, for whatever reason, to reach out to get help.

"I've been body shamed ever since I was a little boy. I grew up hating everything about the way I looked. I was bullied and made fun of ever since I was in middle school for my physical appearance. I was told to eat, I was told that I looked like bones, or that I was a twig," Chase wrote in a caption that he has since deleted.

He continued, "This message goes out to all of the people that struggle with body shame to let you know that you are not alone. Check out http://Stopbullying.gov for more information on how to get help if you or someone you know is getting bullied."

After a hurtful TikTok was posted commenting on Kouvr Annon's body, she decided to speak out about her longtime struggle with body image and encourage others to think before they decide to "tear someone down" online.

"For a long time I've struggled with my body image and the way that I've looked. I was never the 'skinny' girl and I never looked like any of my friends. It's so hard to be confident in yourself and love yourself when the world tells you that you're 'fat' or 'ugly.' It has taken me so long to finally look in the mirror and not absolutely hate myself, I've realized that I don't want to look good to impress people because that will get me nowhere. I want to look good and feel good for myself," Kouvr tweeted.

She continued, "It is never okay and it will never be okay to tear people down because of the color of their skin, the shape of their body, or their height and size. People struggle every day with loving themselves and when you tear people down, it's so much deeper than that comment. It can trigger many things like EDs, body dysmorphia, and even self harm. Please think before you take time out of your day to tear someone down you could just as easily lift someone up. Let's spread positivity." 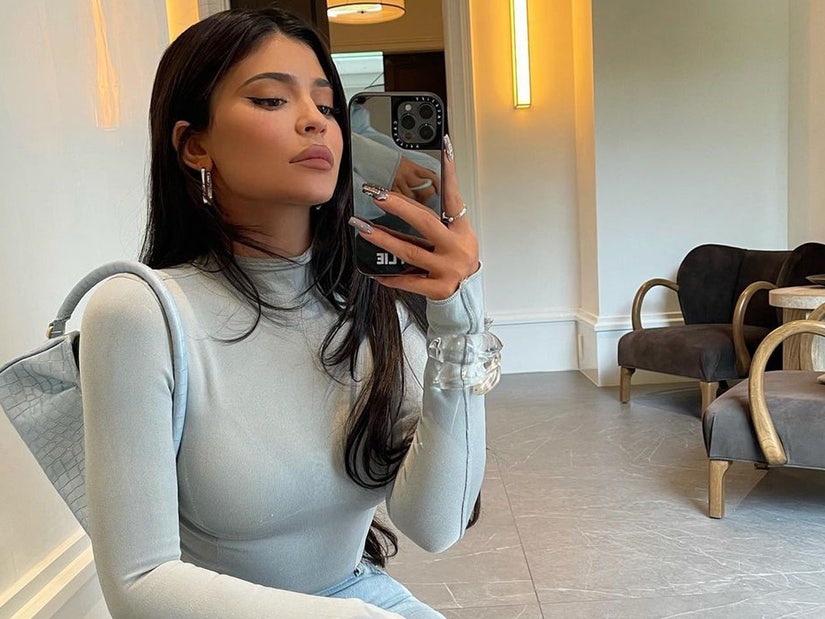