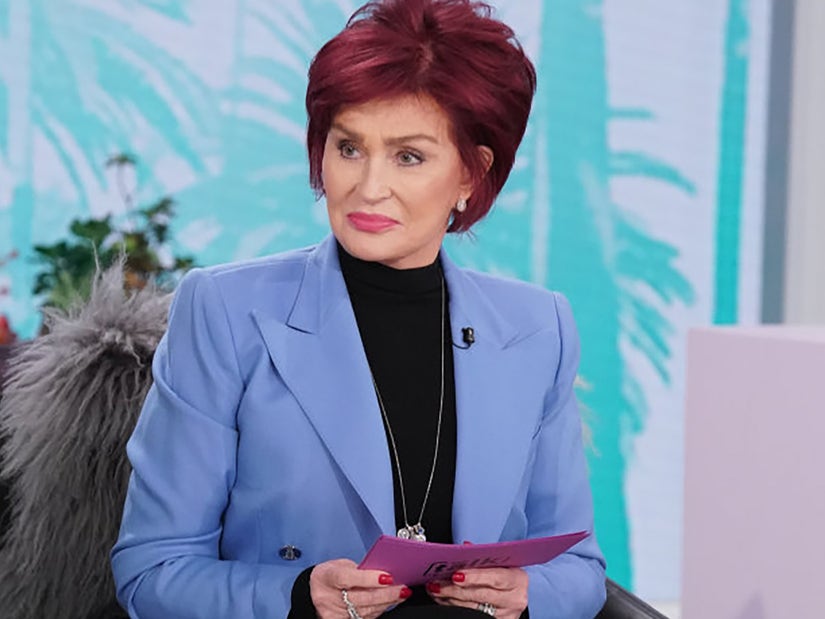 Osbourne has been part of the CBS daytime talk show since 2010.

Sharon Osbourne exited "The Talk" after a heated on-air discussion about racism with her co-host and an internal investigation by CBS.

"The events of the March 10 broadcast were upsetting to everyone involved, including the audience watching at home," read Friday's statement from CBS. "As part of our review, we concluded that Sharon's behavior toward her co-hosts during the March 10 episode did not align with our values for a respectful workplace."

The network said the former reality star, who has been part of the show since 2010, has "decided to leave."

On the March 10 episode, Sheryl Underwood questioned Osbourne over her defense of Piers Morgan after he attacked Meghan Markle following her bombshell interview with Oprah Winfrey.

A few days later, Osbourne claimed CBS "blindsided" her with the question about Morgan.

"We also did not find any evidence that CBS executives orchestrated the discussion or blindsided any of the hosts," continued CBS' statement. "At the same time, we acknowledge the network and studio teams, as well as the showrunners, are accountable for what happened during that broadcast as it was clear the co-hosts were not properly prepared by the staff for a complex and sensitive discussion involving race."

After another week on hiatus, "The Talk" is expected to return on April 12.

As "The Talk" extends its hiatus into next week amid an ongoing internal CBS investigation, the woman at the center of that investigation admitted she's not entirely sure if she even wants to return.

But their argument on live television escalated into something very emotional and very personal, with Sharon saying that her worst moment in the argument came when she told Sheryl not to cry, because if anyone had a right to cry it was Sharon.

"Don't try and cry because if anyone should be crying, it should be me," Sharon told Sheryl during their on-air fight. Now, in retrospect, Osbourne realizes she took it too far in that moment in her own fear and panic over being labeled racist for defending Piers.

"I own up to what I did," she told Entertainment Tonight. "I can't not own up. I said what I said. I got too personal with Sheryl. I should've never said stop her tears. She was hurting as I was hurting."

"She had just as much pain and probably fear as I did," Sharon said. "So, I should never have dismissed her feelings on national TV, ever. But I said it. I have to own it. I can't say, you know, 'Oh, I didn't know why I said it.' I know why I said it."

Sharon said she lashed out because she felt she was being blindsided by her friends and co-hosts, as well as producers of the show itself. As explanation, she alleges that Sheryl was reading her questions to Sharon off of a card.

She said she also saw that co-host Elaine Welteroth was also reading from cards, prompting her to think, "I've been set up. They're setting me up. My anger was like, I cannot believe this, I'm your sacrificial lamb." 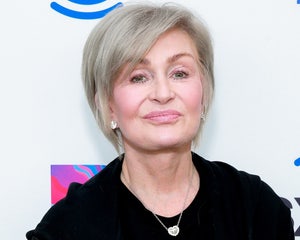 "I haven't even had time to get my head together to come up with a correct answer here," Sharon explained. "You're the one accusing me. And I didn't even know this was happening. ... My ass is on the line. I've just been pounced on, not even prepared for it."

Sharon then cited an agreement she said the ladies of "The Talk" developed after an incident in February when producers pushed Carrie Ann Inaba to ask Elaine why a Black person could rap the n-word and not a white person.

Inaba didn't want to ask the question, so Sharon says the women made a pact they would never blindside one another with on-air questions they didn't want to ask one another. And so, Sharon admits she was "pissed off with a friend for not giving me the heads up. But in hindsight, she was doing her job."

She said she only grew more frustrated and agitated when Sheryl would not talk to her during the commercial break, instead holding her finger to her ear like she was talking to a producer. And to date, Sharon said Sheryl has still not responded to her apologies, though she understands that perhaps Sheryl "needs her time."

"I let myself down," she adds. "I let her down by losing my cool, by not centering myself to say, 'OK, for some reason they're doing this to me ... you're on national TV, stay calm, stay calm.' and I didn't. So. I blew it. But that does not make me a racist."

If she did go back, though, she thinks it could be of value to people from her generation, admitting that she does not have her "finger on the pulse of what's going on with the Black situation in this country."

"The ins and the outs of the way the younger generation feel right now, I don't have my finger on the pulse," Sharon continued. "Elaine does and Elaine very much wants to make this better and to have a conversation come out of this that will help other people and probably people of my age too that would help them."

CBS has extended "The Talk" hiatus until next Tuesday. It remains to be seen if Sharon Osbourne will be among the panelist when it returns.