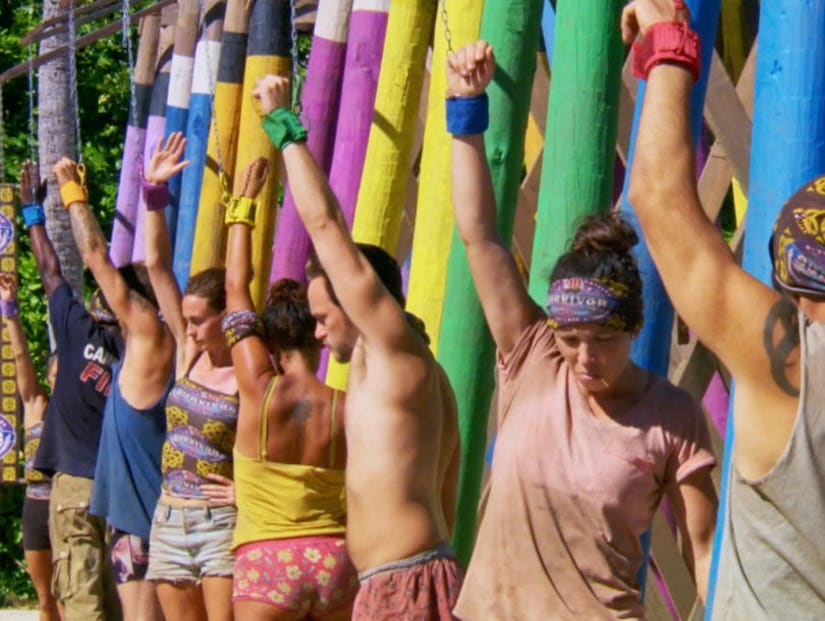 After orchestrating last week's epic blindside, Kim starts to rally the troops against the man she believes is running the whole show -- and she's not wrong.

Kim is one of the smartest players to ever set foot on the island, and she's been keenly observant of every relationship and every move on "Survivor: Winners at War" this season. And this week, she once again saw exactly who orchestrated Sophie's blindside.

It's what makes her such a dangerous player, and why she's spent much of the season at or near the top of our player report cards. She's just that good, an in an unassuming way that no one ever seems to realize the kind of game she's playing. Interestingly, it's an almost identical game to the one Sophie plays, leaving Kim perhaps the lone master strategist left in the game. 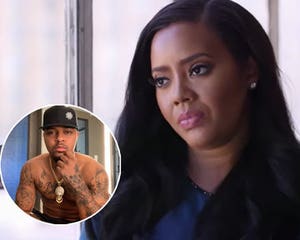 With eight castaways left, she immediately seized on this as an opportunity to finally take out the person she'd determined has been the mastermind of the game in recent votes, even though it was mostly just that one Sophie vote that Tony orchestrated. Unlike most players, Tony's been playing a vastly different game overall to what he's done in the past.

It's a huge part of why he's here. He's kept his paranoia in check (mostly) and even his ridiculous antics have been kept few and far between. But that hasn't stopped him from making big moves and even taking a note from Boston Rob's playbook in confronting people with intel he already has to watch them lie to his face. It's very telling.

As good a game as Tony and Kim are playing this season, Jeremy and Ben are struggling. Jeremy has not been able to gain control of anything, which has left him feeling out of the loop and vulnerable. And as a huge target in the game, he absolutely is. Ben, meanwhile, is playing a bizarre and erratic game of emotions and childish behavior, as evidenced by his simply refusing to talk to Jeremy this week for no reason at all.

Heightening everything, the events of this episode all took place on Day 29. Sophie was voted out on Night 28 and the next day they had to recover from that, battle in an immunity challenge and head straight back to tribal council, meaning there was almost no time to process or really figure out what was going on or what the best move was. 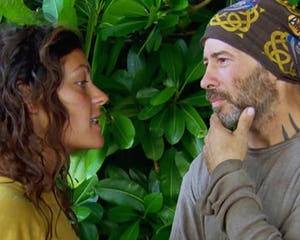 Survivor Winners at War Blowout: One Player Flips the Game Upside Down with Epic Blindside

What a bizarre turn of events, and one that left Jeff Probst shaking his head as well. With $2 million on the line, three people opted to step out of a challenge for chocolate and peanut butter and cookies and milk. Don't get us wrong, that sounds pretty good right now, too, but here's the part that makes it absolutely insane.

In doing so, the people who stepped down handed immunity to the two people left standing up there, Denise and Tony. It was Tony's third win in a row and Denise's second win on the season (resume building for both of them), but even more remarkable was the fact that Kim was one of those who stepped down.

Kim was rallying the troops all afternoon against Tony, solidifying Michele, Denise and Nick into a semi-alliance (as much as those exist anymore in this game) against him. Oh, and Nick was another one who stepped down, doing it for one fire token. But in doing so, he removed Tony as a possible target.

Seriously, we get that they're sleep deprived, and Nick insists he was falling anyway so it was worth it for him to get a token and food, but it was still a hugely dangerous move. 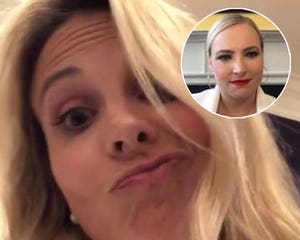 The Problem with Ben

With Kim rallying Denise, Nick and Michele to her side the lines would seem to be pretty clearly drawn. Logically, that would align Tony, Sarah, Jeremy and Ben against them. But there's one huge bearded problem with that alignment and his name is Ben.

Not only did he childishly decide he wasn't going to talk to Jeremy anymore because Jeremy was his next intended target (why make it personal like that, you still gotta live together?), but he still had serious trust issues with Tony and believed that Nick was on their side.

Nick and Ben have history in the game, sure, but Tony has definitely been playing it more straight with Ben when it comes to actual discussions. He even shared with him that he had an idol, only to have Ben awkwardly try to hide finding one right in front of him! Ben is so erratic and unpredictable, he's almost impossible to work with on a consistent basis. 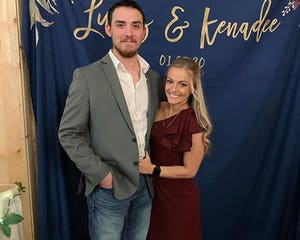 Seriously, we've not had anything resembling a normal Tribal Council in weeks now and we really hope Jeff comes up with some way to rein that in for future seasons. Just having everyone strategize and talk and disrupt everything means we get no meaningful dialogue between them and Jeff, the jury gets nothing to base their opinions on and we get no insight into camp life or even game.

It was cute when it used to happen occasionally, but now it's every damned tribal council and it's a bit exhausting. That said, though, this one proved yet another masterstroke by Tony. He managed to stir the pot and had Kim scrambling and nervous that she was done for because by this point she knew that Ben (of course Ben) had told Tony she was gunning for him.

The most impressive moment of the whole tribal council came when Jeremy ultimately decided not to play the 50/50 advantage Michele had given him (even as she voted against him for her alliance) and Sarah ultimately decided to not allow Tony to play his hidden immunity idol for her.

This was an incredible moment of trust and insight and properly reading the room. Sarah saw no votes at all, which means the idol stays with Cops-R-Us, and Jeremy didn't see enough to get voted out, meaning Michele's 50/50 advantage is still in play. Will he return it? Either way, he can try to salvage that relationship. The social game will be key after that four-four divide was shattered.

In the end, only Kim, Denise and Michele voted for Jeremy (and Michele's was half-hearted at best). That would put Denise firmly at the bottom, but in a game as fluid as this with alliances shifting by the hour, she's more a free agent than it might look on paper right now. Plus, she's a very, very good strategic and social player. We're not ready to write off the queenslayer just yet. 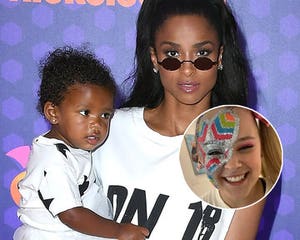 Tony Vlachos (Cagayan-2014) is playing a very big and very flashy game, which is incredibly dangerous, but there's no denying that he is playing it hard and playing the game better than anyone else right now, in every aspect of it. If there were a vote right now, he'd win hands down. He still has a strong twosome with Sarah and is building good will with Jeremy and Ben (or trying), so he's in a good spot right now. Grade: A-

Sarah Lacina (Game Changers-2017) is riding high with her Cops-R-Us partner, while keeping herself flexible enough to make a move if and when he becomes a liability. She's in a precarious position of power right now, if everyone doesn't rally against her and Tony as too powerful. Navigating these next couple of votes will be key, but Sarah has proven impressively adaptable, insightful and savvy. Grade: B+

Nick Wilson (David vs. Goliath-2018) may have flipped and voted against Kim this week, but he remains in a powerful swing position, and out of the line of fire. Almost no one is gunning for him right now in this game, and in fact they're seeing him as an important vote tribal to tribal to take out other threats. It's an odd way to ride this stage of the game, but it could get him far. Grade: B-

Jeremy Collins (Second Chances-2015) has goodwill now with Tony and with Michele, who may be willing to firm up their alliance with him now that Kim is gone and no longer calling the shots on the so-called "little fish" side of the game. He's still struggling to navigate in a game where he has no control, which doesn't bode well for his long term game. As soon as he's no longer useful or too big of a threat, he might get cut loose. Grade: B- 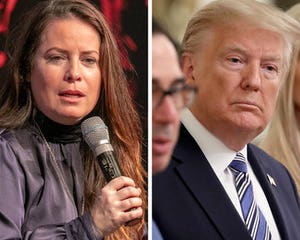 Michele Fitzgerald (Kaôh Rōng-2016) is quietly floating through this game to the point we're not sure anyone would award her the prize money, but no one seems to be considering voting her out either. After impressing us early with her willingness to make big moves, she's allowed other people to play her game. Now that Kim's gone, she needs to step up and make her moves if she wants any shot at the prize. Grade: C+

Denise Stapley (Philippines-2012) is an incredibly smart and savvy player, so we never want to rule her out completely, but this game seems to have shifted completely out of her control. But no one plays a better game whispering in just the right ear just the right words at just the right time, so we yet think she could turn this around. She's another player we think might step up in Kim's absence. She's likely been laying low intentionally after taking out Sandra, but she won't be able to much longer. Grade: C

Ben Driebergen (Heroes vs. Healers vs. Hustlers-2017) is so unpredictable and volatile and dangerous that he's practically a liability to everyone. He refuses to actually trust anyone, he takes things way too personally and he's blindly stubborn sometimes for no reason at all. In other words, he's incredibly difficult to work with and that's going to be key in this final push. Grade: C-

Kim Spradlin-Wolfe (One World-2012) lived and died by the notion of go big or go home. She tried to take a shot at the biggest target in the game right now, Tony, and made the mistake of sharing it with the biggest mouth in the game, Ben. She remains an incredible player. Had Tony not won immunity, we suspect he might have been gone and she might be working on her victory speech. Grade: F 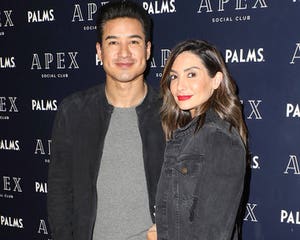 Edge of Extinction saw another brutal endurance challenge that would give only six people two tokens each for transporting 20 coconuts one at a time around the island. The challenge showed the character of Rob (finishing even after he'd lost following an injury) and the superhuman physical prowess of Natalie (who came in first).

She was followed by Sophie, Yul, Tyson and Parvati together and finally, Wendell. Natalie is killing it out there, with Parvati not far behind her, but none of it will ultimately matter. Only one person will return to this game (eventually) so the rest is just so viewers can see some of their favorites play again.

Seriously, we would have loved to see Natalie get a real shot in this game, and we're still devastated that all the old-school players got the boot first. So while we're grateful to get something with them on the Edge, it is bittersweet. 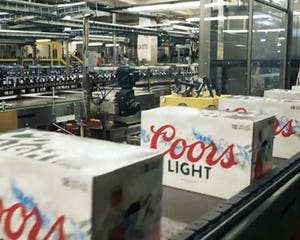 Life Suck Right Now? Here's How to Get Free Beer During Quarantine 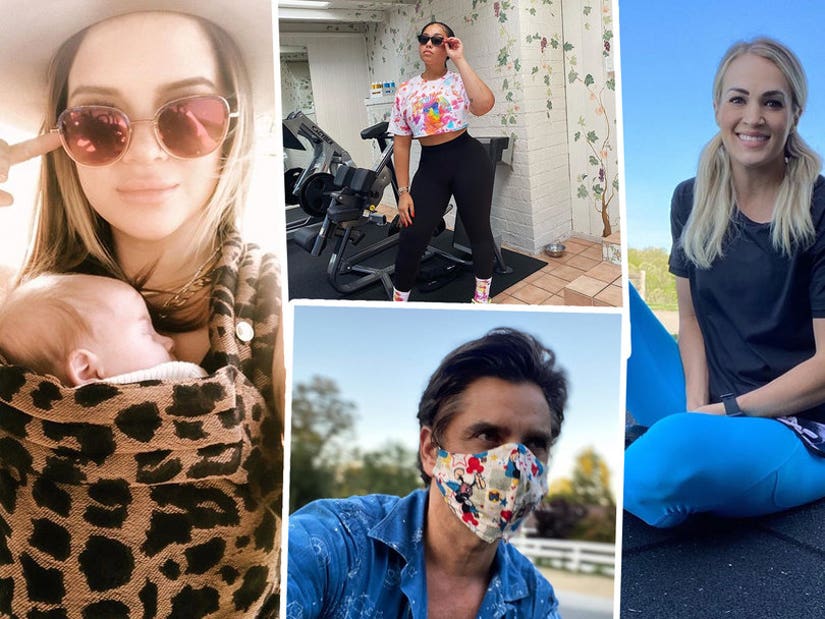