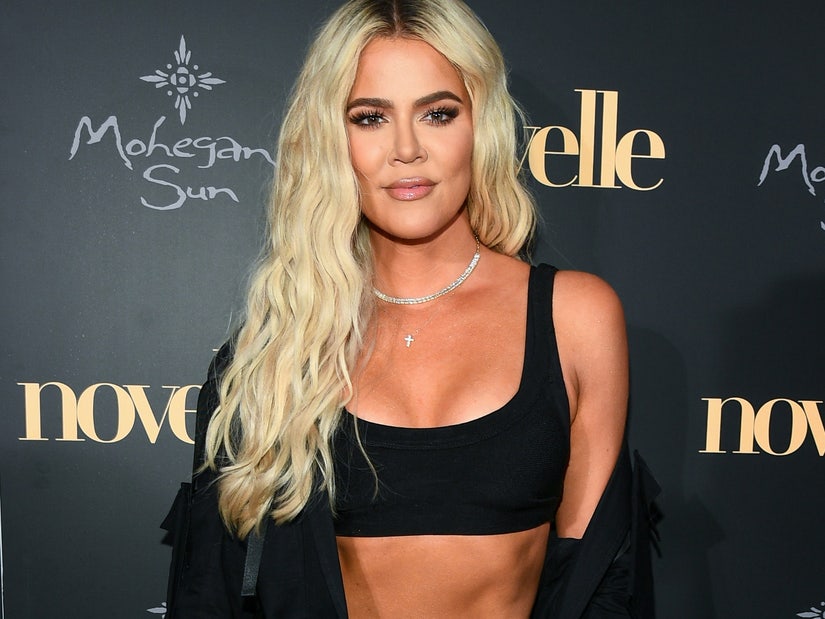 "I look better but I feel so much better, and that's what really counts."

In the midst of their successful careers, these stars decided to take the time to embark on a personal fitness journey and make a major transformation in their busy lives. They put in time at the gym, worked on their nutrition, and focused on their mental health so that they could be the best versions of themselves.

Read on to find out which stars embarked on their own fitness journey... 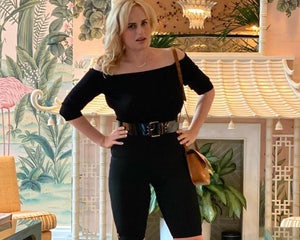 Rebel Wilson kickstarted her fitness journey in 2020 and over the course of the past year has lost over 65 pounds. She recently explained that she decided to make the change in her life when she was looking into fertility options and her doctor told her that she could be "healthier".

"The doctor was like, 'Well, you'd have a much better chance if you were healthier. I was actually a bit offended. I thought that even though I was bigger, I was pretty healthy...If I lost some excess weight, it would give me a better chance for freezing eggs and have the eggs be a better quality. So that's what, at first, it wasn't even really myself, it was more thinking of the future mini-me really," Rebel revealed during an Instagram Live.

"The Pioneer Woman" host Ree Drummond debuted her transformation on TikTok after embarking on a health journey in early 2021. The Food Network personality explained that between January and May she began to eat better and exercised more frequently and dropped 38 pounds along the way. She says that most importantly, she feels so much better.

"I love to eat. Of course, it crept up on me through the years, especially during COVID. So starting in January I decided to get busy and lose some weight. No gimmicks at all. I just cut calories, exercised more, lifted a lot of weights. I look better but I feel so much better, and that's what really counts," Ree said on TikTok.

In June, Ree shared a blog post in which she offered more details about how she lost weight, emphasizing that her primary goal in her health and weight loss journey wasn't to be "skinny." She also revealed that she's dropped a total of 43 pounds. 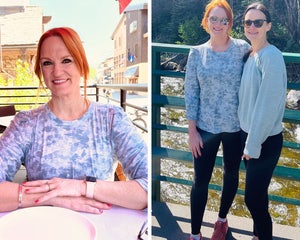 Over the course of the past decade, Kelly Osbourne has worked hard to become the best version of herself. This eventually led to her decision to ​​get gastric sleeve surgery, which changes the shape of the stomach and helped her retrain her relationship with food. Kelly says the surgery was "the best thing [she's] ever done." Since the beginning of her journey, Kelly has dropped around 85 pounds.

"To not have that obsession [with food] has been the best gift I've ever given myself outside of sobriety...I like my body now. I like what I'm turning into and discovering new things that I thought I'd never thought I'd be able to do and I'm doing it and it's great. That's the gift of giving yourself a chance," Kelly said on "Red Table Talk."

She told TooFab she also made sure to walk 10,000 a day during the pandemic to keep the weight off. "If you don't do this right, it doesn't work. It doesn't work at all," she said. "We have friends that did the surgery and they are back, if not more than what they were before they did it."

Khloé Kardashian has been open about her weight loss and fitness journey, regularly documenting her gym sessions and healthy meals on Instagram. She even helps others begin their journey to be their best selves on her show "Revenge Body." But Khloé says what kickstarted her healthy lifestyle was her divorce from ex-husband Lamar Odom.

"I was going through my divorce, and I just really needed an outlet. I had turned to food and had an unhealthy relationship with food my whole life, and I was like, 'Food has never helped me lose weight.' So I joined Equinox, and I would go there and put my headphones on and get on the elliptical or the stairs, and no one would bother me or ask me questions...I felt like all the stress I was under, all the paparazzi -- I blocked out all that noise. I escaped there, and as a by-product, I started losing weight. Then I thought, 'OK, I'm gonna call a trainer.' He changed my body," Khloé told Health magazine. 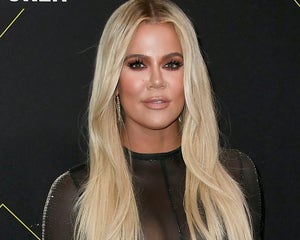 After the birth of her third child, Jessica Simpson admitted she had gotten to an unhealthy weight and turned to her longtime personal trainer Harley Pasternak. He helped her build habits that she could incorporate into her daily life with her children, like taking long walks that eventually totaled 14,000 steps a day.

"6 months. 100 pounds down (Yes, I tipped the scales at 240 😜)...So proud to feel like myself again. Even when it felt impossible, I chose to work harder," Jessica wrote on Instagram.

Back in 2015, Shonda Rhimes debuted a nearly 150-pound weight loss. She made the decision to shed pounds when she realized the weight was affecting her health and she knew she wanted to be around for her young children. Although she says the journey was not fun at all and she "hated every single second of it," it was worth it for her health.

"I did not do it because I thought I would become beautiful like in the movies. I did it because I could not walk up a short flight upstairs without stopping to take a break and wiping sweat from my brow. I did it because my body was physically rebelling against the brain that had been ignoring it for so long," Shonda wrote in a Shondaland newsletter. 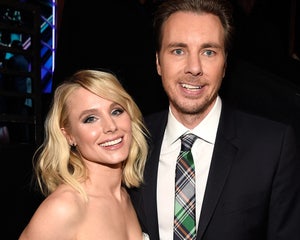 Jennifer Hudson says she has had a few major body transformations in her life, but it was when she welcomed her son that she was truly inspired to make a permanent and sustainable change. Along with a new outlook on exercise, she also teamed up with Weight Watchers to change her relationship with food.

"I wanted to set a good example for my son. Right after I had him, I began trying to change things...Four days after my cesarean section, I began walking 30 minutes every day. It was my therapy, my moment to myself, and it was all I could do. I figured, me walking is better than me sitting on the couch. Even if I can't climb a mountain or do 100,000 push-ups, these steps matter, and they're leading somewhere. I started with walking, but before long, I built up to other things. When I didn't want to be cooped up in the gym, I'd come up with other options. I'd ask myself, What do I love? I love being outside and feeling free, so I would jog or ride my bike. Some days, I'd play basketball and tennis," Jennifer told Self. 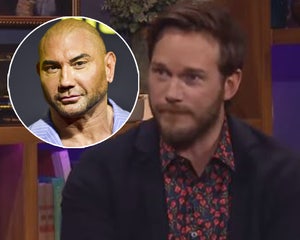 Chris Pratt had to gain weight for his role in "Parks & Rec" but it got to a point where he was over 300 pounds and it was affecting both his mental and physical health. Chris says he had become "fatigued" and "emotionally depressed." When he upped his fitness game for his role in "Zero Dark Thirty," Chris made the decision that he would never let himself get so out of shape again.

"I had real health issues that were affecting me in a major way. It's bad for your heart, your skin, your system, your spirit...When I saw 'Zero Dark Thirty' and right after walking out I was like: 'I'm going to get in shape and I'm never going to be fat again,'" Chris told Men's Health UK.

Nicole "Snooki" Polizzi began her journey to fitness after the birth of her first child. She says that when she became a mom, she wanted to make getting fit a priority in her life and began hitting the gym seven days a week. Her hard work led to a 50-pound weight loss, which she noted isn't hard to maintain as long as you are "motivated and dedicated."

"I work out in the gym seven days a week. I go with my trainer five days a week, I have a treadmill downstairs or I do crunches. I try to do something at least once a day...It's a part of my life -- being fit is [a priority]. First was partying, now it's my son and working out," Nicole once told People. 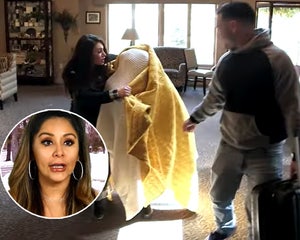 After being diagnosed with Type 2 diabetes, Gabourey Sidibe knew she had to make a change in her life. She decided to undergo weight-loss surgery to help start her fitness journey and change her relationship with food. Following the procedure, she began working with a nutritionist and upped her fitness regimen with the help of a trainer.

"I just didn't want to worry. I truly didn't want to worry about all the effects that go along with diabetes. I genuinely [would] worry all the time...The surgery wasn't the easy way out. I wasn't cheating by getting it done. I wouldn't have been able to lose as much as I've lost without it," Gabourey told People.