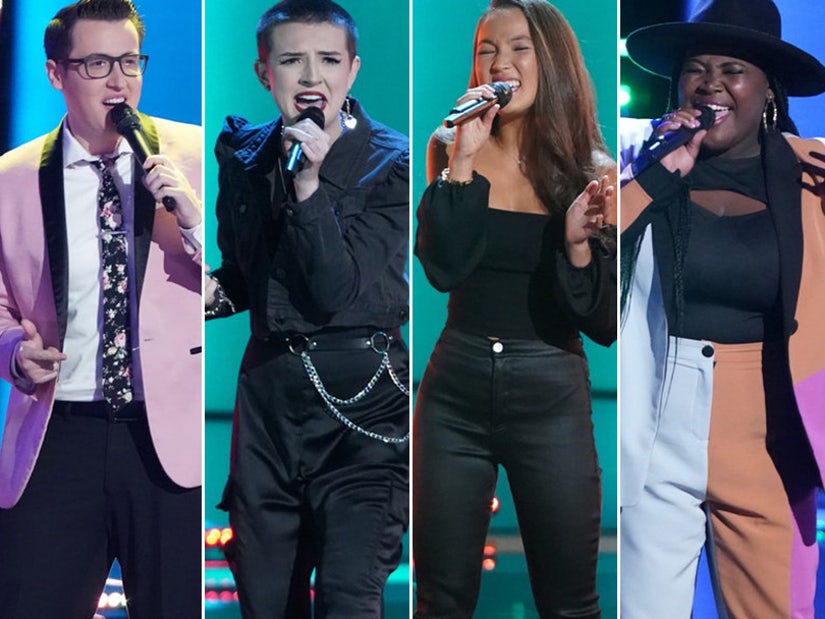 One contestant steps outside the church for the first time ever and picks up a four-chair turn while another decides "The Voice" stage is the place for their first performance in front of anyone -- ever!

As the Blind Auditions are winding down and teams are filling up, there were some pretty wild and inexplicable choices in this Monday edition of “The Voice.”

One came from a former professional baseball player who, after striking out in that profession, decided to give music a try. And somehow -- and for some reason - he decided that performing live on “The Voice” stage was perfect for his first-ever gig in front of live human beings. No pressure there! 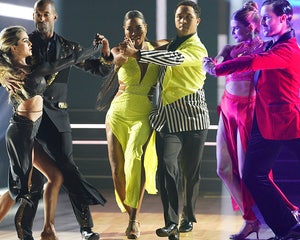 DWTS 5th Judge: Cody and Cheryl Perform Together Separately Remotely from Their Homes

The church factored in another inexplicable moment that left even Carson Daly stunned on the sidelines. Many times, it looks perfectly obvious which Coach a contestant is going to go with, and the other Coaches even sometimes laugh at how out of their league there.

Yes, we’ve seen surprises before, but this may be the biggest one yet. And even more remarkably, they explained that it was because they’d asked God for a sign, and that sign came in the pitch from one of the Coaches -- the last Coach you might expect this contestant to pick.

“What just happened?” Carson asked as the moment went down and jaws dropped across the panel -- including from the Coach who’d just scored the talented artist. It will go down as one of the most unexpected moments of the season. Now it’s just a question of if the gambit pays off. 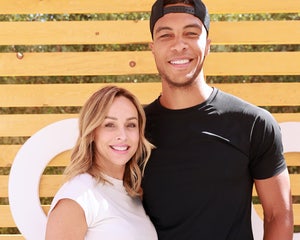 (26, Huntsville, AL - “Drunk on Your Love,” Brett Eldredge) This was Jared’s first time ever performing in front of a live audience, so this was about the biggest learning experience he could ever hope for. We kind of feel bad that Jared was good but not quite good enough for the major leagues in baseball and he wasn’t quite good enough to make this show, either. He performed like it was his first time ever on a stage, a little pitchy, a lot hesitant and uncertain in himself. There were moments, but no heart and so much shakiness. This was just okay karaoke. He needs to get out there and gig if this is what he wants to do.

(20, Cincinatti, OH - “The Way I Am,” Ingrid Michaelson) A few pitch problems here broke the consistency of what was otherwise a very cool voice and perception of who she is as an artist. Unfortunately, she just wasn’t able to stay on key consistently enough. If she can get that under control, though, she has a lovely tone with a signature sound and a lot of cool tools in her arsenal. This just wasn’t it.

(25, Los Angeles, CA - “This Town,” Niall Horan) Austin Percario was in a boy band that released a few singles and music videos but things never really took off for him. So he decided to try the solo thing, hoping this platform would make it happen for him. Unfortunately, he was singing like part of a boy band instead of a solo artist, even as he had a template for exactly what he’s trying to accomplish with Niall. It just didn’t have the vocal confidence or strength to stand on its own. He was also singing by rote, rather than with heart. He has a nice tone, but needs to work on his artistic identity, and softening the breaks between octaves in his performance. 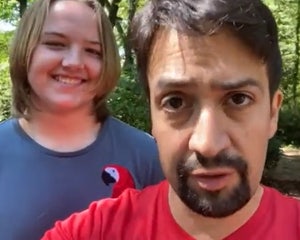 (26, Newark, NJ - “Garota de Ipanema”) With a smooth delivery and confidence on stage, what little we saw of Sabrian was filled with a joyfulness that was infectious. We don’t really have a sense of what else she can do, or what kinds of music she’s most passionate about (unless it is exactly this), but we’re intrigued to see if she has surprises in store.

(21, Austin TX - “Put Your Records On,” Corinne Bailey Rae) What an interesting indie singer-songwriter vibe KJ has in her voice. We kept expecting her to rise higher as the original track does, and she never quite did until she jumped in the final notes, which was probably what kept the ladies from turning. We’re kind of with them as we felt like either she was covering a vocal weakness -- or lack of confidence -- or she just made an odd choice that didn’t serve her. But we do dig her voice, so it’ll be interesting to see if we can discover its full breadth as the season progresses. John definitely had her when he started talking jazz because it proved that he gets her. 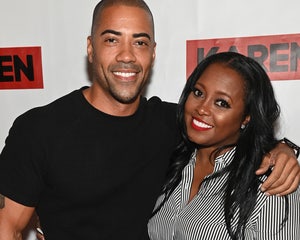 [see Sabrina Diaz above for video]

(17, Los Angeles, CA - “Teenage Dream,” Katy Perry) There was an unexpected whimper, or maybe a whine, in Xavier’s singing voice that was transfixing. We’re not sure if it would appear in any cover, but his stripped back version of this Katy Perry bop -- a version we’ve heard a lot -- carried authenticity with it. So either it’s a facet he hallways has, or he knew enough to bring it out to sell the angst of this interpretation Either way, it was effective in the brief few moments of him we got to see.

(31, Miami, FL - “Break My Heart,” Dua Lipa) Manny brought a classic R&B vibe to this modern track. There’s a tenderness to his voice that feels almost like a ‘90s throwback, but his handling of this uptempo hit felt fresh and interesting. He didn’t show off the most dynamic range, which could be why more Coaches didn’t turn for him, but there’s a gentleness about his entire mood that really works for him. If this is his only gear, though, he’s going to have his work cut out for him moving forward -- song choice will be key. 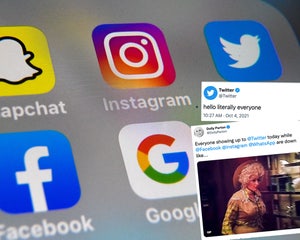 (16, San Rafael, CA - “Heather,” Conan Gray) Sophia opened up about her struggles with an eating disorder even before she was a teenager. She’s come a long way personally, and you could hear all of that ache in her voice. Her vocal range and control is impeccable. This is a song that requires a lot of control. She wears her inspirations on her sleeve -- like that attempt at an Ariana whistle -- and she enunciates in all those horrible ways a lot of young singers have been doing. We couldn’t even understand the word “better,” but that can be trained out of her. She also needs to grow into who she wants to be.

(24, Killeen, TX - “Can You Stand the Rain,” New Edition) A friend and background singer to Season 17 finalist Rose Short, Jershika finally took the time to pursue her dream in hopes this show could help her, too. She’s definitely got a big old voice, but it didn’t quite grab us and demand our attention in the way we might expect. It could be that the song she chose was a little sleepy for a singing competition, but there was no denying her talent. She just needs to make stronger song choices moving forward. 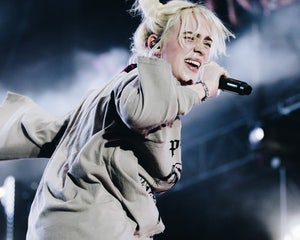 (24, Fredericksburg, VA - “Mack the Knife,” “The Threepenny Opera”) Props to Wyatt for putting so much character into a song that feels as old as time sometimes. It’s one of the coolest tracks out there, but it’s so easy to sound copycat or just dated when you tackle it. Wyatt put so much texture and inflection, he practically performed each line perfectly to its content. On top of that, he’s got that smooth throwback voice that feels so authentic to that time. We’ve seen these kinds of artists do okay on shows like this, but there is a limit, as he noted. Still, we’re happy to see what his next move will be.

(20, Minneapolis, MN - “Good Days,” SZA) She hit this stage with a great presence and managed a syncopated rhythm like this as if she’s been performing on big stages her whole life. There was a lot of confidence in her voice, helped by a swift turn from Ariana. After that, there were a couple of pitch issues when she did show off her range, but nothing that should be too big of a worry. She’s an incredibly talented singer with a deeply rich texture in her tone that can’t be taught. It makes her compelling and unique and well suited for a cool track like the one she chose -- so she knows who she is as an artist, as well.

What left even Carson Daly stunned was that she ultimately chose Blake, saying that he gave her a sign in his plea. Knowing that he probably had no shot, Blake told her, “I've won this show with all different kinds of artists, and the coach/artist relationship is about whatever I can do that can help you be the best at whatever you want to be.” It was that last part that resonated, leaving Ariana banging her head and Carson saying, “What just happened?” 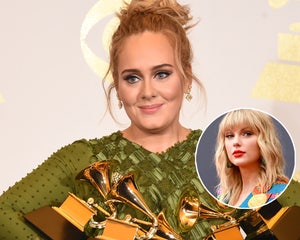 (20, Fort Myers, FL - “Anyone,” Demi Lovato) This song is pure emotion and if you can’t sell that effectively, then you’ve failed in your cover. Ryleigh didn’t really do much with the arrangement but she poured her entire heart into it until it was overflowing. It was every bit as effective as Demi’s best performances of the track. Ryleigh has lived suffering and pain and all of those feelings and has the gift to put it in her voice and project it to the audience, which is so rare and beautiful. What was beautiful to see for her was how much she adored and idolized both Kelly and Ariana, and those are the people her performance resonated with..

(26, Dallas, TX - “Call Out My Name,” The Weeknd) Brittany used this opportunity to stretch beyond gospel and the church musically for the first time and she did so with aplomb. There was so much texture in her voice, and it just built and built until there was no denying the layers of talent and ability she has. Each time you thought maybe that was the top of her range, she returned with a higher note. It was a beautifully crafted audition performance that left you gasping for breath by the end. 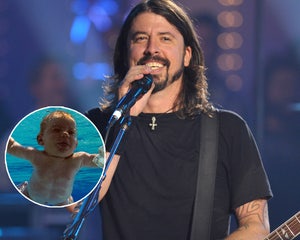 There’s an announcement happening tomorrow for @nbcthevoice! Any guesses?!

No spoilers here but we have an announcement tomorrow for @nbcthevoice!